It’s not a common occurrence to be able to single out one album that may be responsible for launching an entire genre of music. But Black Sabbath’s self-titled debut just may be one of the chosen few – as it was arguably the first rock album that could truly be classified as “heavy metal.”

Flower power and lyrics about peace, love, and understanding permeated throughout society around the dawn of the 1970. So, looking back, there was a void that needed to be filled — for a hard rock band to tackle much darker subject matter. And four lads from Birmingham, England, were just the right men for the job — equipped with doomsday lyrics, detuned riffs, and plodding tempos.

Comprised of Ozzy Osbourne (vocals), Tony Iommi (guitar), Geezer Butler (bass), and Bill Ward (drums), Black Sabbath originally formed in 1968. After going through a few names (including Earth), and Iommi briefly serving as a member of Jethro Tull (check out Tull’s performance on the Rolling Stones’ Rock and Roll Circus to spot Iommi), the band settled on the now world-renowned Black Sabbath moniker — nicking it from the title of a horror flick from 1963, starring Boris Karloff.

The band attracted the attention of Vertigo Records, who signed Sabbath in 1969 and sent them off to Regent Sound Studios in London to record what would be their debut album with producer Rodger Bain overseeing the sessions. Since the songs had been performed in front of audiences and already fine-tuned, the album was recorded live (rather than one instrument at time) and quite rapidly.

“Black Sabbath, we recorded in 12 hours, believe it or not,” Ozzy said in an interview from 1981 on the After Hours TV show. “The whole thing was done in 12 hours – on an eight-track machine in a little backstreet studio in London. It cost like… 10 bucks to make or something.”

Kicking things off was the song “Black Sabbath”. If you were to try and pinpoint a single song that may have birthed heavy metal, then “Black Sabbath” would be a wise pick. Beginning with the sound of a thunderstorm and the ominous tolling of a bell, one of Iommi’s great guitar riffs is soon unveiled before the song dials down the volume to focus on its lyrics, which paint the picture of what doomsday would probably be like (including the now-classic line, “Oh no, no, please God help me!”). But three-quarters of the way through, all the plodding gives way to a speedier tempo, plus another killer guitar riff and a guitar solo.

Up next, we are greeted by an instrument that would never be featured (to the best of my knowledge) again on a Sabbath recording — harmonica — which kicks off another classic, “The Wizard.” And now would be a perfect time to discuss another element that made Sabbath stick out from the rest of the pack — they were one of the first rock bands to include Satanic imagery in both their lyrics and album packaging (“Satan’s coming ‘round the bend” is sung in the title tune, “The Wizard” can be construed about being about black magic, as well as the record label deciding to feature an upside down cross design when the LP’s gatefold sleeve was opened).

You know you have a classic on your hands when even the lesser-known tunes would top most of the competition’s best efforts, and that is the case here with the largely-forgotten/overlooked “Behind the Wall of Sleep” (which contains the decidedly anti-hippie dippie lyric, “Sleeping wall of remorse/ Turns your body to a corpse”). But another bonafide metal classic is lurking right around the corner, with “N.I.B.”

Some have taken guesses at what the mysterious initials stand for, but it turns out that it was a goof on Ward’s goatee (which resembled a “nib” – or the pointy part – of a pen). Featuring another one of Iommi’s best guitar riffs, the lyrics also include mention of ol’ Beezlebub, to boot (“Look into my eyes, you’ll see who I am/ My name is Lucifer, please take my hand”). Additionally, the song featured an intro of sorts, titled “Bassically,” which was one of the first-ever unaccompanied bass solos on a metal album (Butler’s bouncy bass would serve as an influence on countless subsequent metal bassists — especially the late, great Cliff Burton).

Admittedly, it appears as though the Sabs front-loaded their debut with all their best tunes, as the second side features a pair of tunes that focus more on the band’s penchant for jamming rather than ripping your scalp off with behemoth riffs. First up was the tune “Wicked World,” which admittedly does contain a mighty riff, but not on par with the likes of “Black Sabbath” or “N.I.B.”

Closing things is the album’s longest tune – the nearly 15-minute long “A Bit of Finger / Sleeping Village / Warning,” which sounds at times like its main purpose was to serve as a space-filler – especially when the song stops dead in its tracks about 10 minutes in, and Iommi begins an unaccompanied solo (which lasts for nearly three minutes!). Lastly, for reasons unknown, Europe was treated to an extra tune (a cover of Crow’s “Evil Woman,” which kicked off Side B), that would not be included on Stateside pressings.

And the cherry on top of the Satanic sundae was the album’s front cover – a mysteriously, shadowy, witchy figure standing amongst leaves and trees, in front of a watermill (to be precise, it is Mapledurham Watermill, located in Oxfordshire, England), which has gone on to become one of the most iconic album cover images in all of metal history.

Straight away, Black Sabbath was a hit – cracking the top-10 in the UK (peaking at No. 8), while eventually reaching a respectable No. 23 in the States, and being certified gold and platinum in the respected aforementioned regions…and setting the stage for Sabbath to become one of the top metal bands of the ‘70s. However, Iommi recounted in his 2011 book, Iron Man, that the debut – nor the band – was beloved early on.

“The press hated us, and we got slagged left, right, and center. You obviously got concerned, but it’s not like we thought, oh, we’re going to change the music then. The album was selling, so obviously we’d done something right. We believed in what we did and we loved it, so there was nothing else we could do apart from carry on what we were doing. Only when grunge became popular, and all those musicians said that Black Sabbath was a great influence, did we become flavor of the month, or the flavor of the time.”

But looking back on the album a half century later, there is no denying its influence – name just about every major metal band, and there is an element of early Sabbath that can be detected. Heck, this era of the band would also later spawn at least two sub-genres – doom metal and stoner metal (and possibly a third, as Iommi just stated… grunge). And that my friends, is why Black Sabbath remains an all-time metal classic.

For more on Black Sabbath’s influence and legacy, see our exclusive video at the top of this post. In the video, members of Iron Maiden, Rage Against the Machine, Disturbed, Lamb of God, Killswitch Engage, and more celebrate 50 years of Sabbath by discussing the impact the iconic metal band’s music had on them. 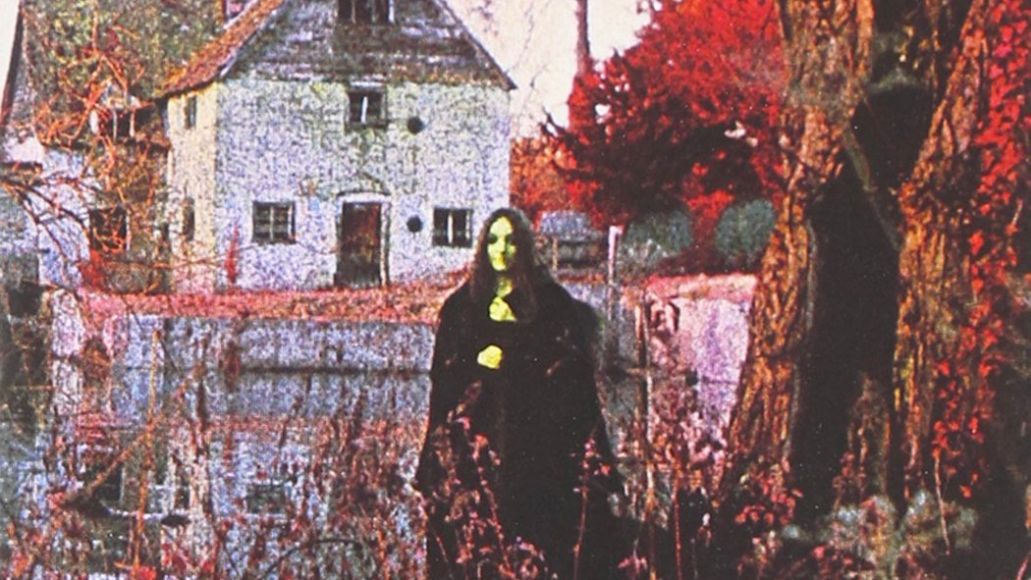 Lamb of God Cover Bad Brains' "I Against I" with Fever 333's Jason Aalon Butler: Watch