BTS will return to North America this spring for their biggest tour to date. In support of their upcoming album, Map of the Soul: 7, the K-pop sensations have mapped out a 15-date stadium tour.

Following the North American leg, BTS will play additional stadium shows in London, Berlin, and Barcelona during the month of July.

Map of the Soul: 7 is due out on February 21st. BTS previewed the album with a performance of their new single, “Black Swan”, on a recent episode of Late Late Show with James Corden. 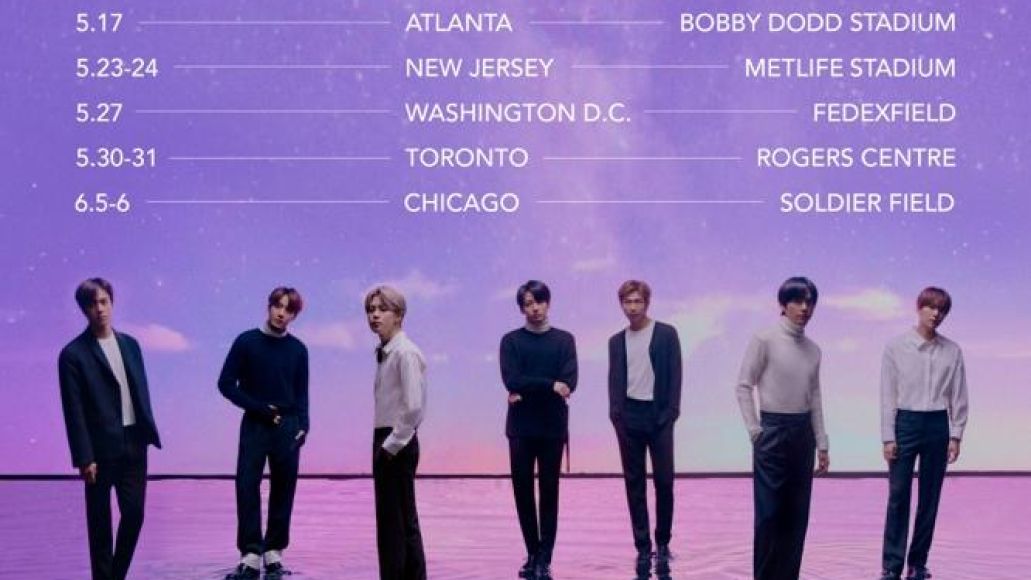