Best Coast are well aware of the complicated feelings that stem from youth. Their debut record, 2010’s Crazy for You, is full of ’em, and that palpable, sun-baked energy is what catapulted Bethany Cosentino and Bobb Bruno to success. However, that sun began to shift by their third effort, 2015’s California Nights, an inexplicable sadness that drifted in like a looming cloud. Their latest album, Always Tomorrow, explores that stormy weather, finding Cosentino at her most confessional.

Things haven’t been easy for Cosentino. She’s since admitted to abusing prescriptions, concealing her feelings, and leaning into therapy after a recommendation from a friend. Always Tomorrow skips back and forth between the dark and the light of that period, contrasting images of claustrophobia and hopelessness against freedom and contentment. That latter victory is all over closing track “Used to Be” in which Cosentino proclaims, ““Don’t talk to me like you know me/ ’Cause I am not the same girl that I used to be.”

No, it’s been quite a journey for Cosentino, and she reflected on those peaks and valleys for our latest edition of Conversations with Consequence. Ahead, the California singer-songwriter unpacks the new album, explains how she found clarity, shares how she uses Best Coast as a time capsule, and stresses the power of second chances.

On Disassociating for the Past Few Years 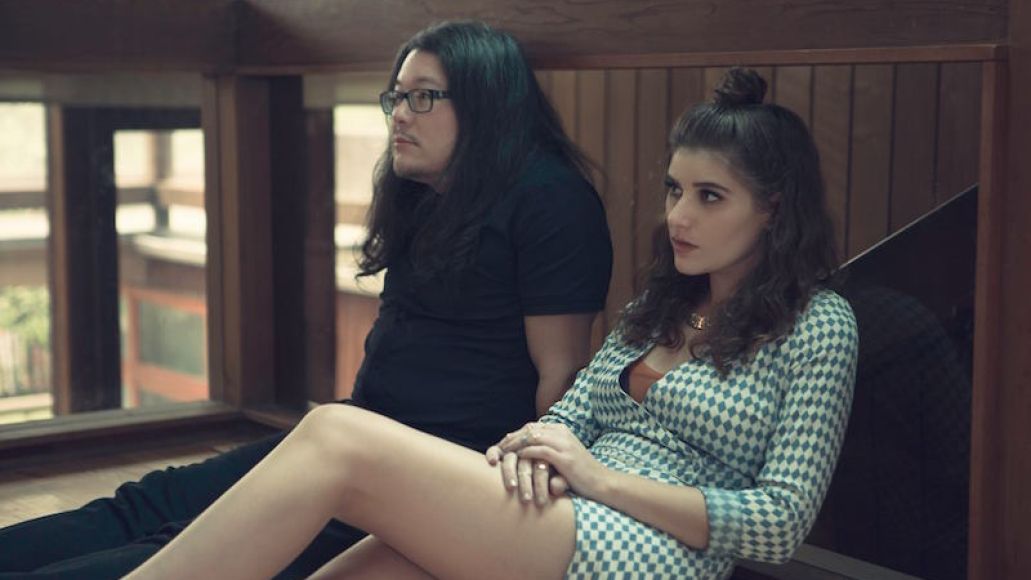 I felt very uninspired in general. I didn’t leave my house. I woke up and laid around in bed and stared at my phone. I watched Netflix. I didn’t really feel connected to life, honestly. I felt like I was this floating blob for a while. I’m sure that had something to do with [my writer’s block]. I’ve always used song as this experience where I sort through things and I can talk about things I’m feeling and experiences I’ve had. But at that time, I wasn’t experiencing a lot; I was just kind of isolating [myself]. There wasn’t really anything to even write about. I was talking to somebody yesterday and he was like, “So you basically disassociated for the last several years?” and I was like, “Yeah, that’s pretty much what I did.” I just checked out. I can see it now in hindsight. Like, yeah, I wasn’t inspired — I wasn’t really living. I was going day to day living this groundhog’s day lifestyle.

On Locking Herself in a Closet to Write “Everything Has Changed”

It was a walk-in closet. [Laughs] I wasn’t being such a psycho that I locked myself into this teeny-tiny little thing. At the time, I was living in this big house, and there was plenty of space, and plenty of rooms for me to write in, but that closet — I hadn’t tried to write in there. I had these big windows, and there was a lot of light that came in, and it felt almost like a creative space for me.

I went in there, and I wrote “Everything Has Changed”, and I wasn’t sober yet. I just wrote the song, walked away from it, and then had the experience of feeling like, “Okay, cool, I wrote something that I actually don’t hate for the first time in a really long time.” Then it wasn’t until I really got sober and listened back to the song and looked at the lyrics and was like, “Wait a minute. This is pretty weird,” because I was still drinking [when I wrote it]. I was still in that headspace. It’s interesting that I foreshadowed this future that I experience now, but at the time, I wasn’t experiencing.

My life now is a lot simpler because of the fact that I have a newfound happiness that I’ve never really experienced [before]. There’s a lot of stuff in that song that isn’t 100% autobiographical and true about where I’m at, but I think the energy behind the song is one that I really feel. I do really feel like everything in my life has changed. I do wake up in the morning and do think, Oh, wow, it’s very different. I do have a little dog that I walk on a leash and I do drink coffee now. There’s a lot of stuff in the song that did come true.

On Taking Off a Mask and Choosing Sobriety 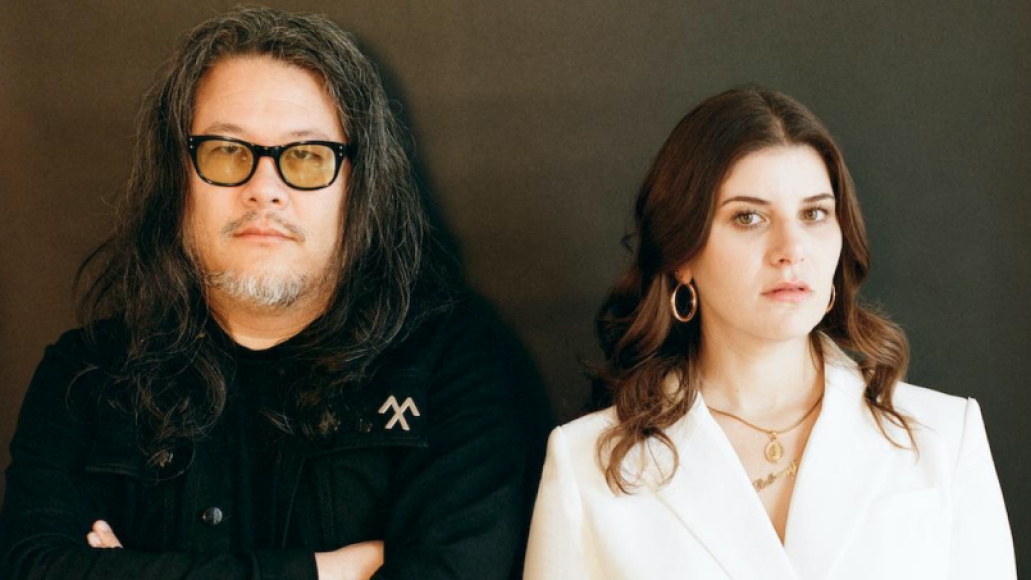 I wasn’t really thinking too much about my persona when I made the decision to get sober. I think it was more of a situation for me where I was like, “I can’t keep living my life the way that I am,” and I felt a level of depression and darkness that I knew I didn’t care if people supported it or not. I had to do it for myself. And it was the smartest decision I’ve made thus far.

I think there’s this lens of clarity that comes with sobriety. I’ve been talking a lot in interviews about how I feel like I was wearing a mask for a really long time. I was putting on this persona out in the public, and it was a fabricated version of myself. Now, I don’t know if it’s because of sobriety or a lot of the work I’ve done on myself, or I don’t really know what it is, but I do very much feel like I’ve been able to take that mask off.

I am who I am now, and I’m happy with that person. I do feel like this new version of myself that I haven’t quite been yet. I’ve also reached an age in my life where I feel like I’m settling into who I am. All of these things about myself that I used to always want to change and edit — now I’m kind of like, “Whatever.” I’m 33 years old, I’ve been through a lot, I’m still standing, I’m proud of myself, and I feel a level of clarity that I never knew was possible for myself.

It’s a lot easier for me to separate myself, Bethany Cosentino, from the singer of Best Coast. I know now the difference between that. Before, those lines felt so blurred. I was always living in this world where I was like, “Well, who am I without this band?” And I think now, especially having taken a lot of time off, I feel more of a connection to myself as a person now outside of the band. The person I am at home, the person I am with my friends and my family — I feel a lot more connected to that.

On Growing Up with Best Coast

A lot of the songs for me are a time capsule. I can listen back to songs off of Crazy for You and can hear the anxieties and worries and I can look at it and feel like I don’t feel that way anymore. Ten years later, I don’t feel the same way I did when I was 22 years old. As you would hope!

I’ve grown a lot of ways through this band. It’s served as almost a therapy for me. I’ve been able to get a lot of shit out of me in song form, and now I feel like I’m in such a different place where I can look back on those songs and remember those feelings. Another cool thing is that a lot of our fans have grown with me and with this band. A lot of people say to me, “I first discovered you when I was in high school, and now I’m a mom and I don’t relate to those feelings of anxiety and dread that I had in my teen years anymore,” so it’s nice to know that people have been able to relate from the beginning and hopefully they can relate still.

On Always Tomorrow and Second Chances 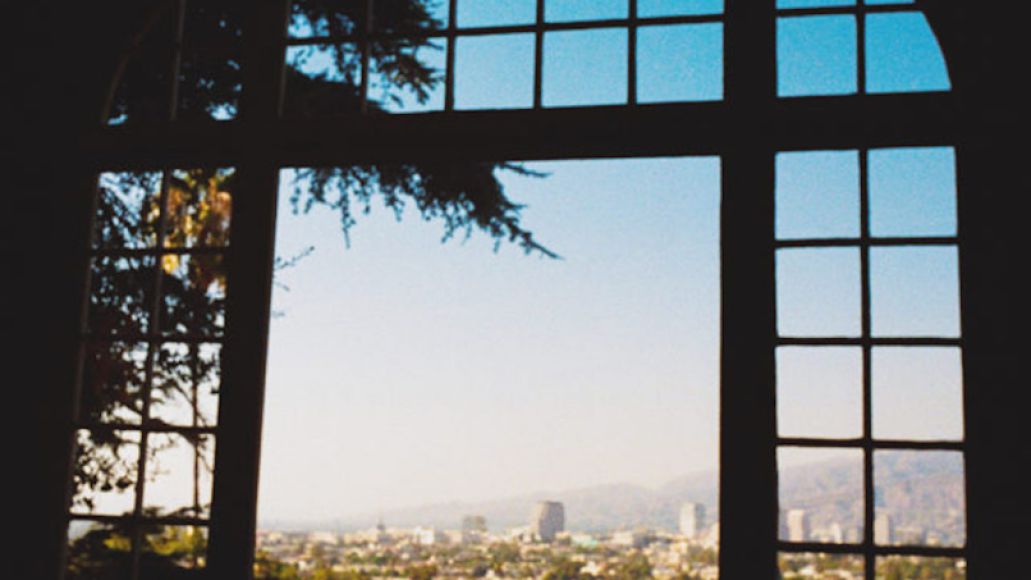 I hope [this album] helps people understand this concept that anything is possible and change is possible if you want it. I can’t speak for the whole world, but I know myself, and I used to wake up in the morning and think that the feelings I had were permanent. I always felt like, “Well, this is just how I am, this is just the person I am, these are the feelings I have that are gonna be with me forever and ever.” And then when I finally had this snap where I was like, “I gotta change, something’s gotta give, I gotta do this differently,” that opened me up to this idea that it’s possible and I just have to work really hard at it.

Sometimes people think that the hard work and pain of what you have to go through to shed old skin isn’t worth it, but I would just hope that people can hear the message through the songs and the message I’m trying to convey in interviews that it is worth it but you have to really be willing to do it. My experience is only mine, and I hope that people can take stuff from it, but I’m also not expecting everyone to go out there and do exactly what I did. It’s my own journey, my own personal thing that worked for me.

To me, [the title Always Tomorrow] is this idea that we’re always given this opportunity to do things differently. As a society, we very much exist in this realm where we think of things with such permanence. We think that these feelings of sadness or weakness or whatever it is that we have — we feel like it will be that way forever. And I think with the title Always Tomorrow, I wanted to put forth that today is just today, and there’s tomorrow ahead of us. If we get to that place, we can do it differently, whether that means we do it better, we do it worse, or we do it exactly the same. That is literally to be discovered in the next day.

Always Tomorrow is out now via Concord Records.