This review originally ran in June 2019 as part of our Cinepocalypse coverage.

The Pitch: It’s the most wonderful time of the year! A time when families gather around the table for warm dinners, cuddle up on the sofa for warm movies, and exchange gifts with warm hugs. That’s not exactly the case for Aidan (Jaeden Martell) and Mia (Lia McHugh), however. Still reeling from the unexpected death of their mother (Alicia Silverstone), the two youngsters are tasked by their father (Richard Armitage) to spend Christmas alone in their ol’ family cabin with his curious new girlfriend Grace (Riley Keough). 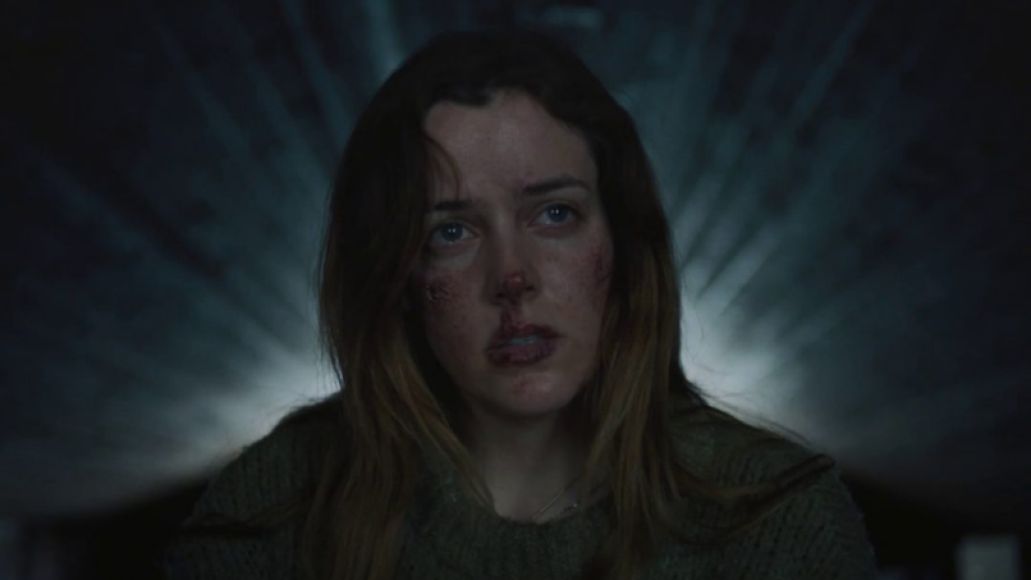 In Riley We Trust: Look, we know it’s easy to toss around the whole “career-best” line, but that actually means a lot for Keough. At only 30 years old, she’s already amassed one of the most enviable resumes in Hollywood. She’s worked with as many titans as she has young visionaries, from Steven Soderbergh and George Miller to Andrea Arnold and Lars von Trier to Jeremy Saulnier and So Yong Kim. She’s the ostensible face of independent cinema, and she earns every one of those roles with each scream, tear, and bruise.

The Lodge finds her on another level. As Grace, Keough delicately tip-toes into a downward spiral, tugging at whatever seams she can in an effort to hold on to reality, all while various forces work against her. Her efforts of self-preservation, particularly for the children, are unnerving and emotionally devastating enough that they become downright exhausting. Yet it’s her exhaustion that fuels the terror of The Lodge, similarly to the way Toni Collete’s grief and trauma gave an edge to Ari Aster’s Hereditary.

Unlike Collette, though, so much of Keough’s performance contends with the bitter silence of reproach, isolation, and abandonment. Keough thrives in these moments, oozing with all kinds of anxious body language. It’s in her glances. Those stares. The way she timidly saunters from room to room. She’s a vessel of tragedy that’s all the more tragic in her vicious attempts to keep on trying. Directors Veronika Franz and Severin Fiala never lose sight of that battle, following Keough from one claustrophobic frame to the next. 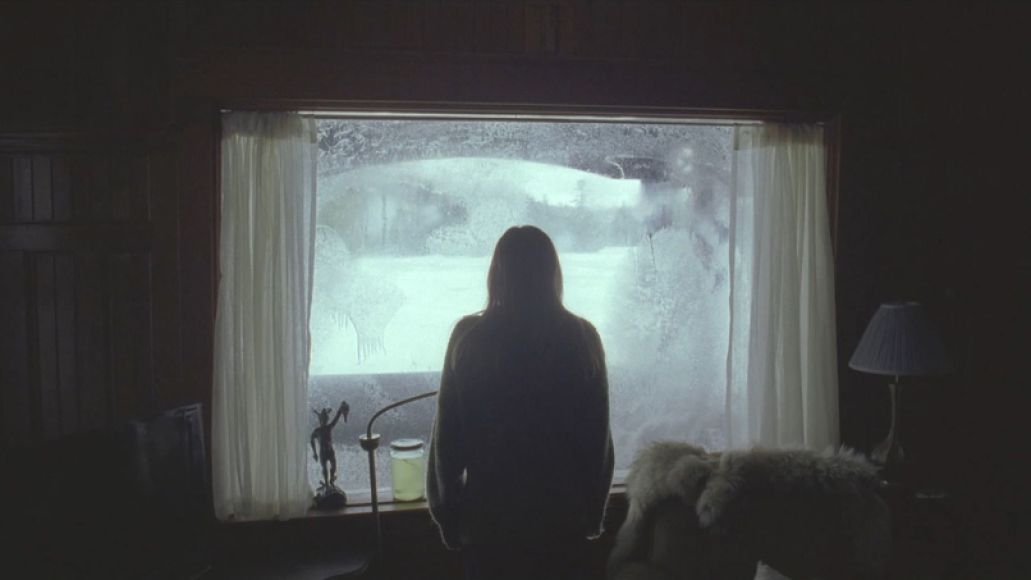 Frozen Hell: “Claustrophobic.” That’s the best way to describe Franz and Fiala’s winter gem. For a little under 100 minutes, the two filmmakers slowly trap their principals in ways that make cabin fever seem quaint by comparison. It’s a chamber drama set in a frozen hell, where Grace, Aidan, and Mia move from one layer to the next in true Dantesque fashion. There is no escape. The ice will sink you. The air will freeze you. The cabin will swallow you. Those notions only grow stronger as the minutes pass.

But that’s in the very design of the film; each setting is achingly narrow, and offering little to no light. Even when the children are at home in their father’s house, they’re wedged in slivers or passages. While the cabin seemingly offers a rural respite, the endless snow and the situational horror of it all adds agoraphobic washes to any space. Couple that with captivating uses of grey and silver — seriously, the gradient factor in those two colors here is awe-inspiring by itself — and the dread becomes suffocating.

Osgood Perkins on the Power of Dread and Women In Horror

The Verdict: Again, that’s the point, and The Lodge is highly self-aware about this, so much so that Franz and Fiala continuously crosscut to portraits of the children’s dollhouse, and even have their pseudo-family gather around to watch John Carpenter’s The Thing. (To be fair, who doesn’t watch that around Christmas?) Granted, both of those accoutrement are in service to the narrative, but they also have a similar effect on the viewer. You feel just as trapped, just as tired, and just as hungry to get out of this hellhole.

By now, it’s clear that Franz and Fiala love putting their audiences and characters through the wringer. Both this and 2014’s Goodnight Mommy play upon the inescapable feeling of familial terror in all kinds of psychologically palpable ways. Yet what makes The Lodge ultimately superior to the latter is how the two have gone beyond the spectacle of those scares and into something more spiritually and existentially subversive. It’s just as cruel and just as ugly, but with a darkness that’s both tactile and tragic.

And tragedy will always triumph over horror.

Where’s It Playing? The Lodge is currently streaming on Hulu.

The Lodge Finds Hell Under the Christmas Tree: Review