Hinds are ready to put a spell on you. The Madrid indie rock act has announced their return with a new album called The Prettiest Curse, along with a proper North American tour. To celebrate, they’ve shared a brand new single, “Good Bad Times”.

The Prettiest Curse comes out on April 3rd via Mom + Pop Records. It’s Hinds’ third full-length to date, following 2018’s I Don’t Run and 2016’s Leave Me Alone, and allegedly it sees the group ditching their lo-fi roots to embrace the cleaner side of garage pop. It also features Hinds singing in Spanish, their native language, for first time on any of their records.

“Good Bad Times” is technically the second song we’ve heard from the album, following the previously released single “Riding Solo”, and it sounds like a mellow Tame Impala cut. According to a press release, it’s about “the struggle of communication, time difference, distance… like the two sides of a coin, two sides close together that can’t be separated even though they seem to be completely different.”

In the music video for “Good Bad Times”, directed by Jean Lafleur, Hinds take the form of superheroes in a vintage ’80s style live-action show. After proclaiming they will take down the nameless villain, they set to work solving everyday crimes: a stolen baby, teens bullying a child, and a cat stuck in a tree. It’s simple, entertaining fun. Watch it below.

To support the new album, Hinds are hitting the road for a string of North American tour dates. The trek kicks off on May 14th in Philadelphia, Pennsylvania and wraps up on June 17th in New York City. Along the way, the band will play in major cities like Boston, Toronto, Detroit, Denver, Portland, Seattle, Los Angeles, Austin, Atlanta, and more. 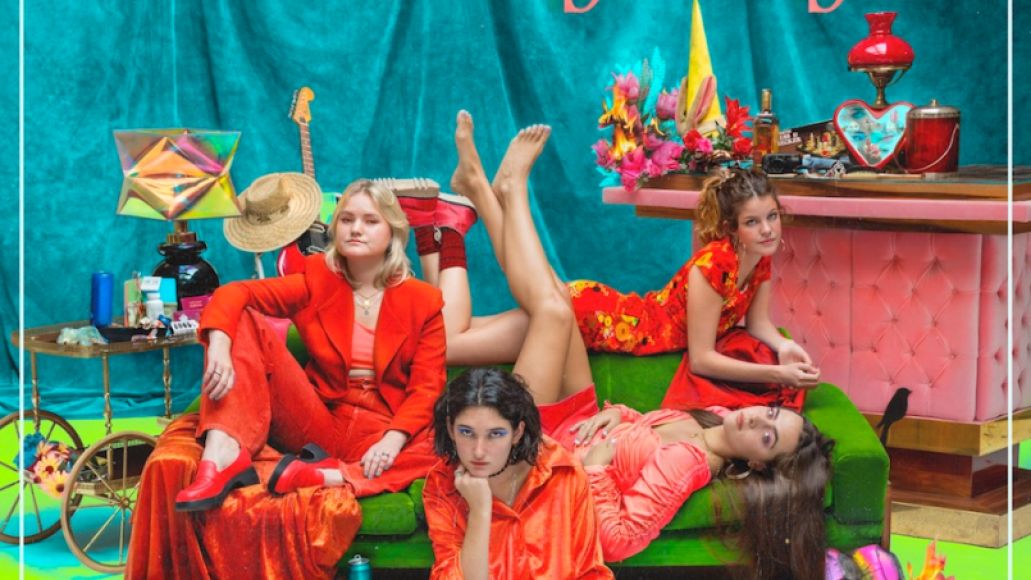