Kamaiyah has announced Got It Made, the follow-up to her 2017 mixtape Before I Wake. In anticipation of the February 21st release date, she’s also shared the new single “Set It Up”, featuring Trina.

The Oakland MC revealed the Got It Made artwork on Instagram last night, along with a note saying, “the wait is over we going up and this mutha fucka slap.” From what we’ve heard, she’s avoiding the dreamy melodies of Before I Wake for a much harder sound.

Her previous single “Still I Am” was a swaggy strut through a molasses-black bass line, and now “Set It Up” is a thumping revenge banger. Kamaiyah vows to “spend a rack for every bitch that he been texting,” and that’s just to start. “His cards, Imma spend those/ Imma slash his tires and bust out all his windows.” She’s aiming for fiscal annihilation.

On “Set It Up”, Kamaiyah is joined by the veteran rapper Trina. She slides into the pocket of the beat, ending a series of lines with the word “boy” just to slap syllables across the boy’s face. With infectious hand claps, and crips production from Kenny Produced It and DJ Banks, revenge has rarely sounded so cold. Stream it below.

Last fall, Kamaiyah was arrested for accidentally shooting a gun in a movie theater.

Got It Made Artwork: 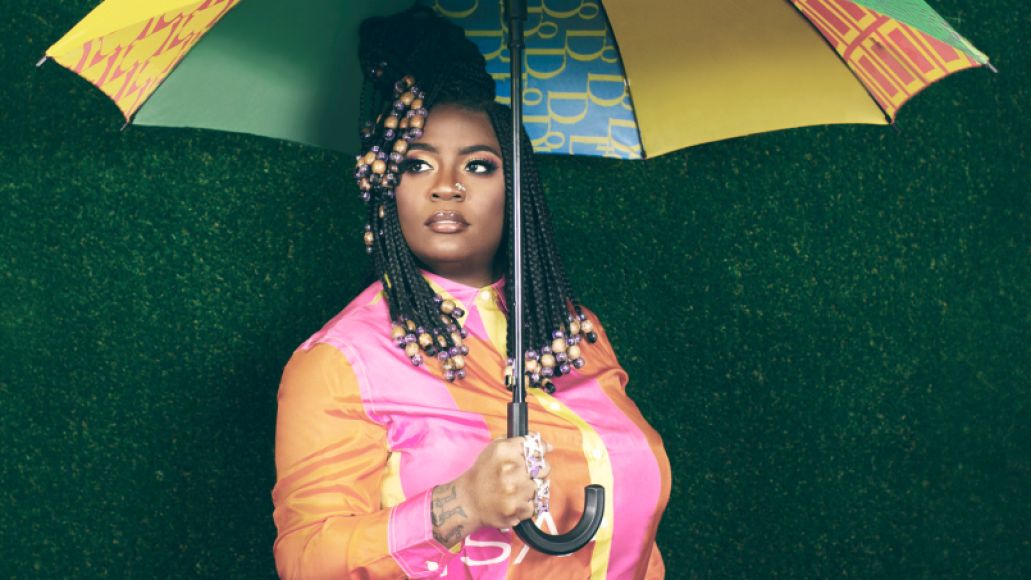 Kamaiyah announces Got It Made, shares "Set It Up" featuring Trina: Stream