In the early 2000s Hilton found a recipe for instant stardom, combining obscene family wealth (that’s Hilton like the hotels) with a fake baby voice and a carefully-managed sex tape leak. Does that sound familiar? A pre-porno Kim Kardashian got her start as Hilton’s assistant. In the span of a few years, Hilton went from teen model, to socialite, to adult actress (the sex tape was given the unfortunate name 1 Night in Paris) to pretty much whatever she wanted. Hilton first capitalized on her newfound fame with the Fox reality show The Simple Life, and thereafter followed memoirs, perfume lines, and yes, a single bonkers musical project.

Paris, which spawned the top-10 hit “Stars Are Blind”, featured input from 12 different producers, including Scott Storch, Dr. Luke, Greg Wells, Rob Cavallo, and more. In a statement accompanying the vinyl reissue, Hilton’s team described the input from 12 producers thus: “Despite All the Cooks in the Kitchen, the Album Turned Out Better Than Anyone Expected, Easily the Equal of Anything Britney Spears, Jessica Simpson, and the Like Ever Released.” Now ask yourself, would they use all those capital letters if it wasn’t true?

The reissue comes with limited edition maroon-and-blonde marbled vinyl, along with several pictures that look almost as old as the album itself. One of the extras is — and this is not a joke — a full page ad for various PH lines of watches and handbags. Presumably, in the same way that vinyl offers better audio than streaming, this advertisement is of a higher quality than the free ones you see every day.

The vinyl pressing of Paris arrives on March 27th. Check out the album artwork and tracklist below.

In 2006, the guerrilla street artist Banksy produced a parody album based on Paris, and in 2018 a copy was rediscovered and put up for auction. 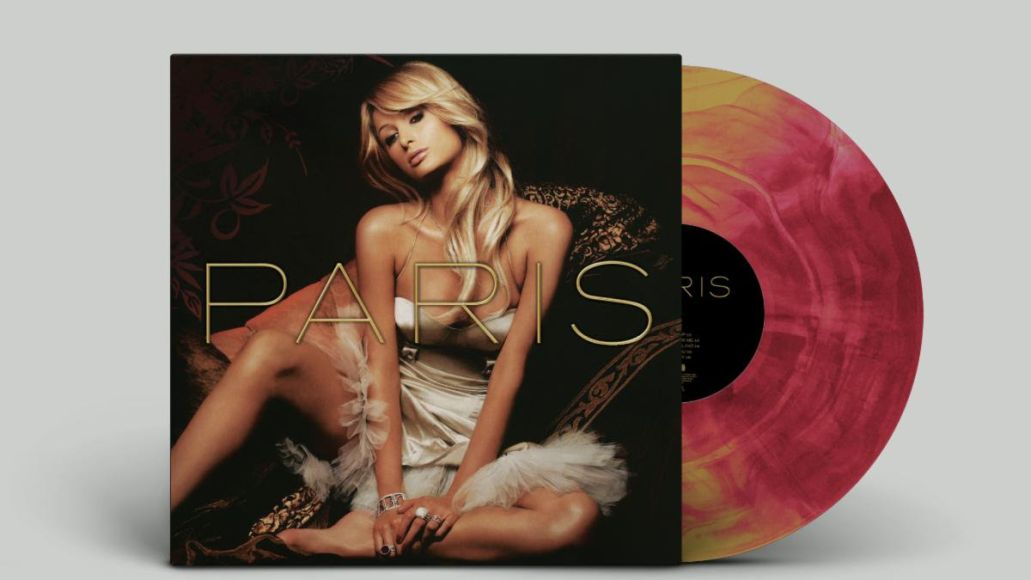