Our music feature Track by Track seeks to provide fans with a deeper look at a band’s latest record one song at a time. Today, Real Estate explain The Main Thing about their new LP.

Real Estate have today released their fifth album, The Main Thing. The New Jersey outfit’s follow-up to 2017’s In Mind can be streamed below via Spotify and Apple Music, after which you can find the band’s complete Track by Track of the effort. Make sure to read the full thing, as there’s a challenge tucked in there that could net you free tickets to an upcoming concert!

Described as Real Estate’s “most inspired, self-aware set of songs yet,” The Main Thing spans 13 tracks. One of those songs, refreshing lead single “Paper Cup”, features contributions from Amelia Meath of Sylvan Esso. Earlier this week, the band released the title track as another preview single.

Real Estate will be supporting the new record on a spring tour of North America, including a stop at Mexico’s Corona Capital festival in May. Find tickets to all their upcoming dates here.

“Friday”:
Why is the first song on our new album called Friday, you ask? The last song on our previous album, In Mind, was called Saturday. Is there some secret inter-album message here? The first word of this song is “Monday” — and the word “Friday” is, in fact, never uttered. What does it all mean?

What I can tell you is that “Friday” is just a working title that stuck. When I wrote this song, I was originally trying to rip off “Friday I’m in Love”, which is also why the first word in the song is “Monday”. Obviously, this song doesn’t resemble that most famous of Cure songs in the least, which makes it a good example of the evolution that our songs sometimes go through between the initial idea and what ends up on the record. (For the record, it’s a very good thing this song changed as much as it did in the end… no one rips a perfect pop song and gets away with it.) — Martin Courtney (vocals/guitar)

“Paper Cup”:
Often when we are making an album, one song will stick out as extra exciting for whatever reason. We sort of knew this one had potential from the beginning. The foundation of the song seemed strong enough that we could experiment a bit more with the arrangement and production ideas. We had a lot of fun making it. Put a lot of work into it but it never got to the point where it felt stale or overworked. Feels like we packed a lot of ideas into a quick 4.5 minutes, if I do say so myself. — MC

“Gone”:
The working title for this song was “Minimal”, which is almost stupidly on the nose, but it gives you an idea of what we were initially going for. At first I thought this song could end up just drum machine, guitar, bass and vocals, nothing else. But when we started working on it and adding parts, it was only sounding better and better, so at a certain point we ditched the “minimal” thing.

Then, when our producer Kevin (I think pulling an all nighter) did this tour de force mix treatment, I think we were all a little bit in shock. He took this sort of small, moody song and gave it an almost cinematic scope. He really did an impressive job on this tune! One of my favorites on the album. — MC

“You”:
When we first played this song for Kevin McMahon, our producer, he asked “what kind of a song is this?” He later asked if we knew that the track sounded like a specific jam band. Both questions made me laugh, and they also made me feel good. This song sounds on its face like a straight-ahead jangle rock strummer — but there’s a lot of weird and dynamic stuff going on beneath the surface, particularly in the rhythm section. The bass is constantly flipping its emphasis and the drums follow suit in a way that is at first counter-intuitive — listen carefully! I love Julian’s guitar tone and stand out solo on this one. And yeah — it has always reminded me of a kind of polished up version of a ’90s alternative radio jam band anthem. Lyrically — the song expresses a very evocative and beautiful sentiment. I don’t have kids but this song has always given me the tiniest window into how trippy parenting might be. — Alex Bleeker (bass/vocals)

“November”:
This is probably the song we tracked the most, and one we’ll probably track again in the future. In fact, I’m tracking a new keyboard part for it right now with my non-typing hand. Maybe that’s the sign of a good song, or at least one that people believe in– exhausting its potential. Is that a thing? Wait, maybe that’s not a good sign. For now, enjoy this version of “November” while you can– I think it’s perfect! — Matt Kallman (keyboards) 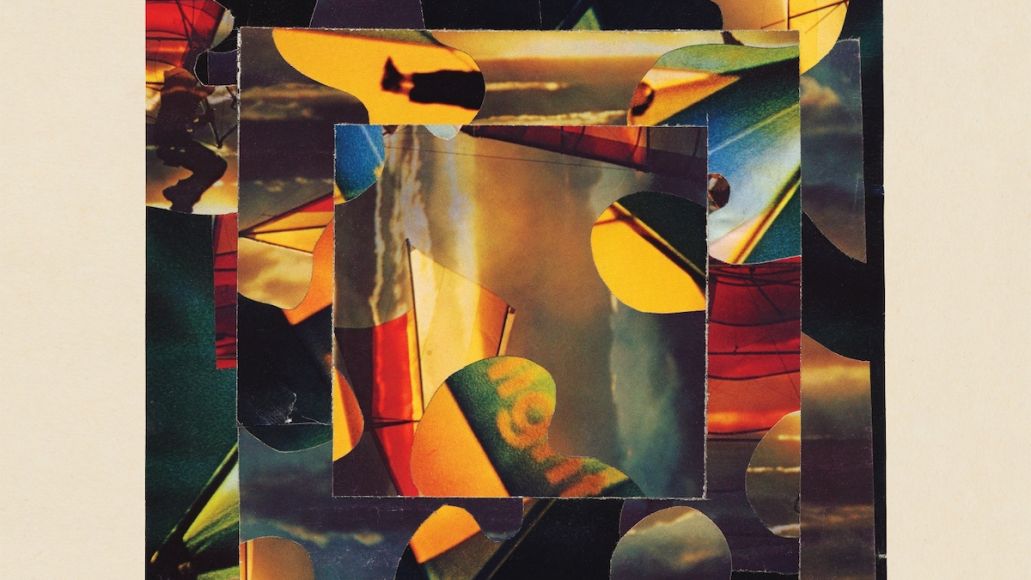 “Falling Down”:
One of the first songs we fleshed out for the album. I’m especially fond of everyone’s playing here. A mature Real Estate. Feels effortless. Not to mention the genuinely haunting strings, which I have vivid memories of hearing through my phone on my couch, Martin sending over the isolated tracks as not all of us were in the studio that day. The working title of this one was named for another musical artist we were reminded of — as we worked through Martin’s lovely progressions — that won’t be revealed here on this website. You’re welcome to DM us a guess at who this act is, and if you’re correct, I’ll give you two free tickets to a show on an upcoming tour– pending me having any friends in town (doubtful!). — MK

“Also a But”:
This song was one of those rare instances in which a piece of music has just kind of mentally unfolded for me, arrangement and all. I was getting myself ready one morning when the changes and basic structure of this song struck me while I was in the shower. I got out and immediately recorded a demo, then sent it off to the other guys in the band. I’m so happy they liked it enough to record it with me for this album. Very heavy ’70s prog influence with this one, as you might guess. One weird little fact is that the shakers you hear on the track are no shakers at all. What you are hearing is actually me taking a piece of sandpaper to a block of wood Kevin had in the studio. It was Kevin’s idea to use the wood, if I remember correctly. I can tell you that the wood was definitely a lot smoother by the time we were done tracking. — Julian Lynch (lead guitar)

“The Main Thing“:
We had a blast playing this song during rehearsals right after Martin showed us the chords and structure and all that. I knew it was going to be a special tune once we got into the studio. I really wanted the guitar solo in “The Main Thing” to be an exciting moment on the record, and I’m thankful that the other band members indulged me for a bit in the studio while I worked it out. — JL

“Shallow Sun”:
Martin wrote a real lovely set of chord changes with this one. Of the Real Estate songs where I play slide, this one might be my favorite. One thing I recall about the recording sessions for this record is that Jackson was doing a lot of really cool and subtle snare drum work across the whole batch of songs, and I think this song showcases it in particular. What a beautiful ending on this song too. — JL

“Sting”:
How to make a hit: Invert some chords, find a good order for them, press record, keep repeating them, count to 100, stop recording, take a break, listen back, re-organize them (optional), repeat all steps as necessary, and presto. Three-time Grammy Award-winner Greg Calbi manually sped up the tape while mastering this track in order to align with the beginning of the next song (“Silent World”), the first time he had done such a thing in his nearly 50 years in the biz. Check out that guy’s Wikipedia page. — MK

“Silent World”:
This song gets to the core of this album’s emotional center. It’s about protecting the people you love from all of the anxiety of an uncertain future – and the inherent futility of doing so. It reminds us to “be here now” and cherish those who are close to us. This sentiment is at once beautiful and heartbreaking. Musically speaking, it is also one of my favorites on the album — all parts are intricate and deeply considered, and they flow breezily over a drum machine. It’s very hard to write a good bridge, and this song has one! — AB

Artists Reflect on 25 Years of Weezer’s The Blue Album

“Procession”:
Even though this isn’t formally the last track on the album, it’s always felt that way to me. Its subject matter is deeply canonical within the Real Estate catalog. It describes a physical place and how it’s changed over generations. It poses the age old question, “What can we learn from our collective history that tells us what lies ahead?” Although we’ve never been afraid to look to the past to mine inspiration, this song does so from a distinctly new perspective. I like that it sits so close to the end of a record filled with new sonic exploration for us. Much like its lyrics, the song itself reminds the listener where we came from, and hints at where we might be going. — AB

“Brother”:
What is the opposite of an overture ? It should be called an underture, but apparently that’s not a word. It’s a coda, of course, a coda! “Brother” is a coda if I’ve ever heard one. It’s a gentle invitation into the personal side of the process — a parting atmospheric moment recorded primarily in Martin’s home studio. Sometimes the smallest most fleeting moments end up being the most impactful. — AB