The Stooges will mark the 50th anniversary of their sophomore album, Fun House, with a deluxe reissue arriving on July 17th via Rhino.

The expansive collection spans 15 (!) LPs, including the original studio album version, along with newly remastered songs cut at 45 rpm and pressed on two LPs for maximum audio quality.

The bulk of the box set, however, is dedicated to the first-ever vinyl release of The Complete Fun House Sessions, which includes every single take, in order, from the making of Fun House, along with audio of the band’s 39-minute set in New York City in August 1970. (Some fans may be familiar with the concert audio, as it came out in 2010 as Have Some Fun: Live at Ungano’s.) The box set also contains a pair of 7-inches featuring mixes of the single “Down On The Street”/“I Feel Alright.”

20 Moments That Made Coachella What It Is Today

But wait, there’s still more! Besides the sonic goodies, the set boasts a handful of bonus treats, such as posters, a slipmat, and a 45 adapter, as well as a 28-page booklet with rare photos and detailed liner notes, featuring an essay by Henry Rollins and words from fellow legendary artists like Flea, Joan Jett, Shirley Manson, Duff McKagan, Thurston Moore, Tom Morello, Karen O, Steven Van Zandt, and Mike Watt.

The whole thing does cost a pretty penny, coming in at just shy of $400 dollars. However, in honor of the anniversary, only 1,970 copies of the box set will be made available, which does make the reissue just a hair more special (and rare). Pre-orders are available now.

If you can’t afford the cost but happen to be up for a road trip, Third Man Records will host a Fun House exhibition at its Cass Corridor, Detroit location between July 17th and August 7th. The special exhibition is free to attend, and will feature personal objects from the band, along with additional music and pieces from the group’s private collection. Maybe it’ll include some of those magic spiderwebs frontman Iggy Pop used to smoke. 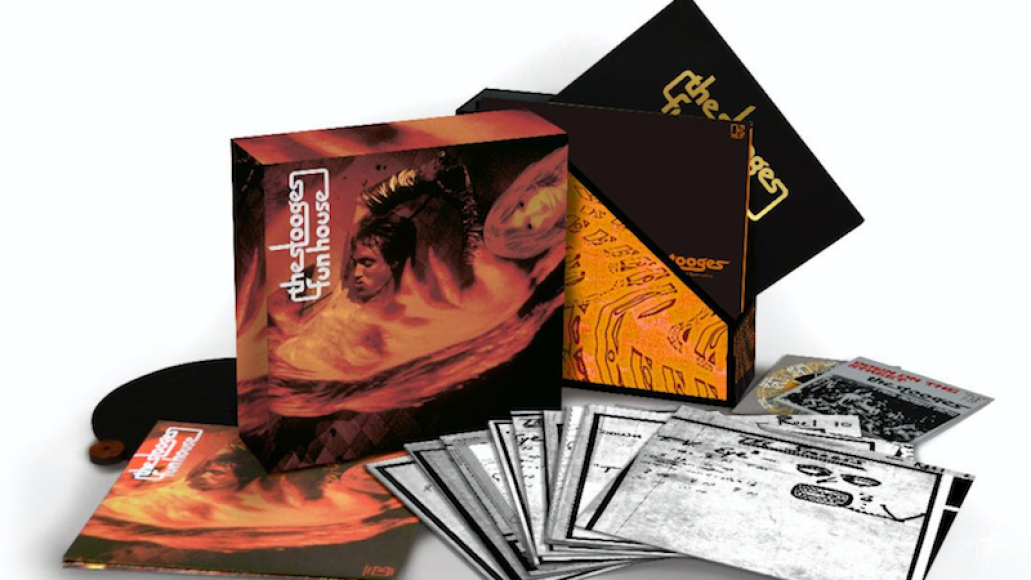