UK crooner Tom Misch and jazz instrumentalist Yussef Dayes have teamed up for a new collaborative album called What Kinda Music. It’s due out on April 24th via Blue Note/Caroline, and is being previewed today with the title track.

The distinctive UK musicians bring versatile sounds to the LP, meshing elements of hip-hop, jazz, and electronica. While the pair have very different sonic backgrounds, their journeys actually stem from the same place. Both artists grew up in South East London, and according a press release, Misch saw Dayes drum for the first time in a school talent show when he was only nine years old.

Flash forward to 2018, the two formally met at a celebration for Misch’s 2018 debut full-length, Geography. Later that summer, they entered the studio together and began creating Some Kinda Music.

In a press release, Misch spoke about the balance he strikes with Dayes. “Yussef comes from a more experimental background, and he has a lot of loose, crazy ideas,” he said. “I know how to write a catchy melody, but with interesting chords and I have a good understanding of popular song forms, so I think I streamlined those ideas and made them accessible.”

For Dayes, the collaboration takes on a deeper level. In his own statement, the percussionist shared,

“Both our parents who’d never met each other before, are now best friends as a result of this — they now see each other more than we do! I’d like to think, in some small way, that this album has a similar impact for people too — everything feels so divided these days, it would be nice for people to hear the record and hear two very different musicians coming together and realize it doesn’t have to be that way”.

As a first single, the What Kind Music title track harnesses that sentiment, kicking off with Dayes’ slightly abstract percussive hits woven through a rolling synthy texture. About a minute in, things lock into a concise groove, with Misch’s smooth-toned vocals moving fluidly throughout. The new song comes equipped with a beautifully shot music video that oscillates between a protagonist running through fields bathed in autumn light and the London Underground slowly turning forested.

Stream Tom Misch and Yussef Dayes’ “What Kinda Music” below, followed by the album’s artwork and full tracklist. Check out pre-orders for further details. 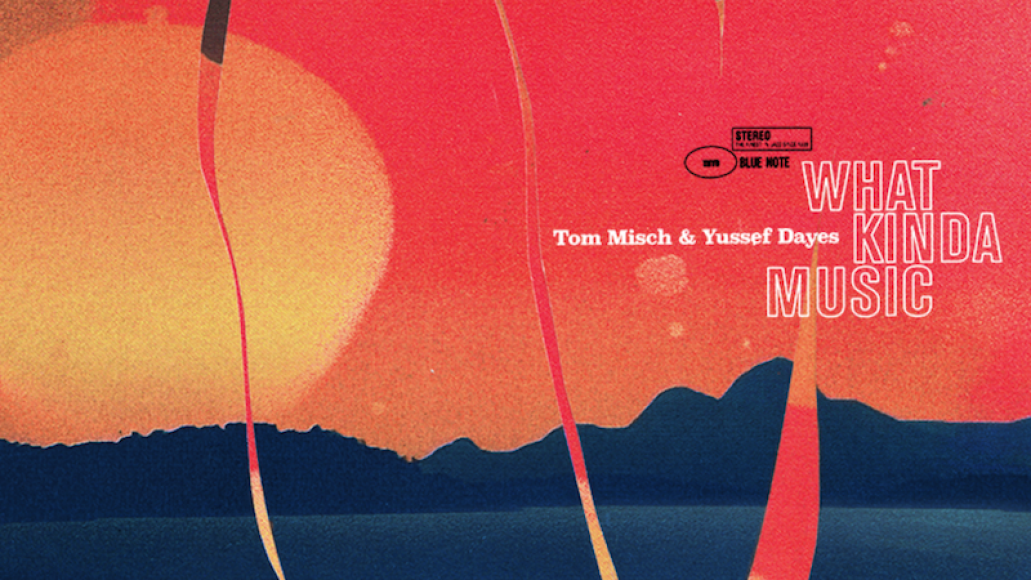