The Pitch: In the cyberpunk future of Richard K. Morgan‘s Altered Carbon, technology left behind by a long-dead alien race lets us not only live forever but download our consciousness into any number of host bodies, called ‘sleeves’. Dozens, if not hundreds, of years have passed since the events of Season 1, and former Envoy-turned-reluctant gumshoe Takeshi Kovacs is an outcast on the run and on the hunt for his lost love, fellow Envoy and anti-immortality revolutionary Quellcrist Falconer (Renee Elise Goldsberry).

Before he knows it, Kovacs is sent to Harlan’s World, a far-flung human colony where they mine the alien metal that makes everyone’s soul-capturing ‘stacks’. Before Kovacs can get his bearings in his new, military-enhanced body (Anthony Mackie), however, all hell breaks loose and he’s framed for the murder of several mega-rich founders on Harlan’s World. Left with naught but his wits, a streetwise bounty hunter (Simone Missick) and his glitchy AI companion Poe (Chris Conner), Kovacs has to stay alive, find Quell, and escape this mess.

Another Trick Up Her Sleeve: Altered Carbon‘s first season was pure-strain, unfiltered ’90s cyberpunk, for good and ill, and it was more than an acquired taste. Joel Kinnaman was a fairly bland lead (and questions abounded about casting a white guy as the Asian lead in the post-racial, identity-bending future), and the season itself was a messy hodge-podge of gratuitous nudity and disquietingly female-centered violence. Season 2 feels like a deliberate rejoinder to that first go-round: it’s stripped-down cyberpunk action through and through, and there’s no voyeuristic hanky-panky to be found. It’s still hyperviolent and hard-boiled as an overcooked egg, but at least new showrunner Alison Schapker strips the show’s wild concept to its essential elements, allowing for a soft reboot that emphasizes what works about the show and dumps the rest. 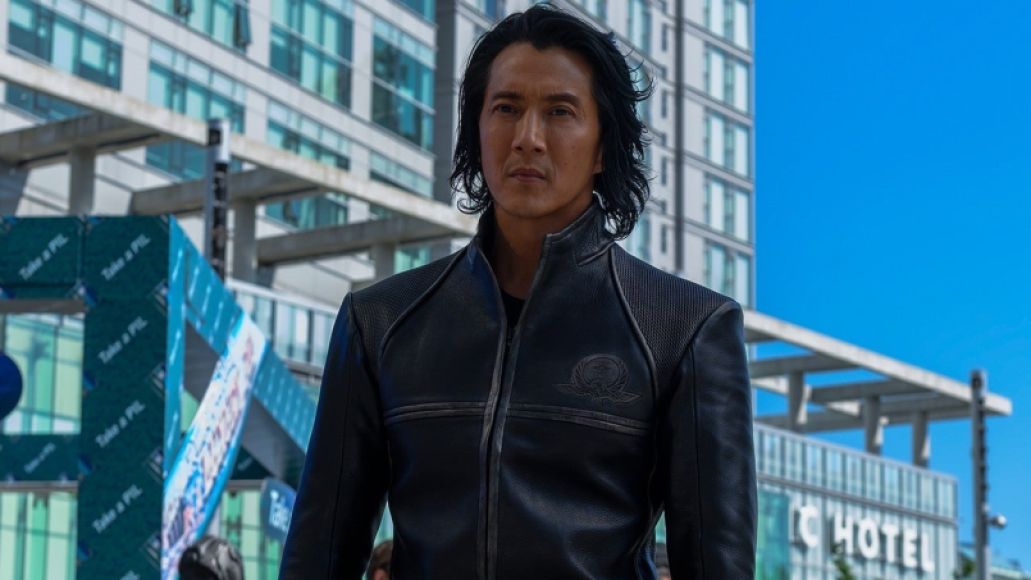 Fighting With Yourself: Granted, the central mystery of the season remains as convoluted and difficult to take seriously as that of Season 1: a conundrum involving murdered ‘Founders,’ the alien ruins on which the planet’s riches are built, and the calculating CEO of the company that owns the planet (Lela Loren) and Kovacs’ former mentor (Torben Liebrecht), who’s been hired as her security chief. But the grander plot developments thankfully fade away into a broader exploration of Kovacs, particularly once the bad guys “double-sleeve” a younger, more pliable copy of Kovacs’ personality into a clone of his younger, original Asian body (Will Yun Lee). Much of this feels like an earnest answer to the criticisms of yellowface lobbed at the first seasons’ casting, especially once this version of Kovacs becomes just as central to the narrative as Mackie’s.

A View to a Quell: The face-swapping conceit of the show also allows for the show’s best, most elegant improvement: dumping the wooden Kinnaman for Mackie’s steely-eyed intensity. While Mackie still carries the constipated conviction and penchant for cruelty that marked Kinnaman’s turn at the role, he brings a much-needed sense of humor and humanity, a harried laconicism that makes him far more watchable as the series’ fulcrum. He’s still the ultra-violent fanboy badass Kovacs has always been (his new body literally has gun magnet hands), but Schapker’s new focus on Kovac’s past allows the show (and Mackie) to explore new angles to the character. 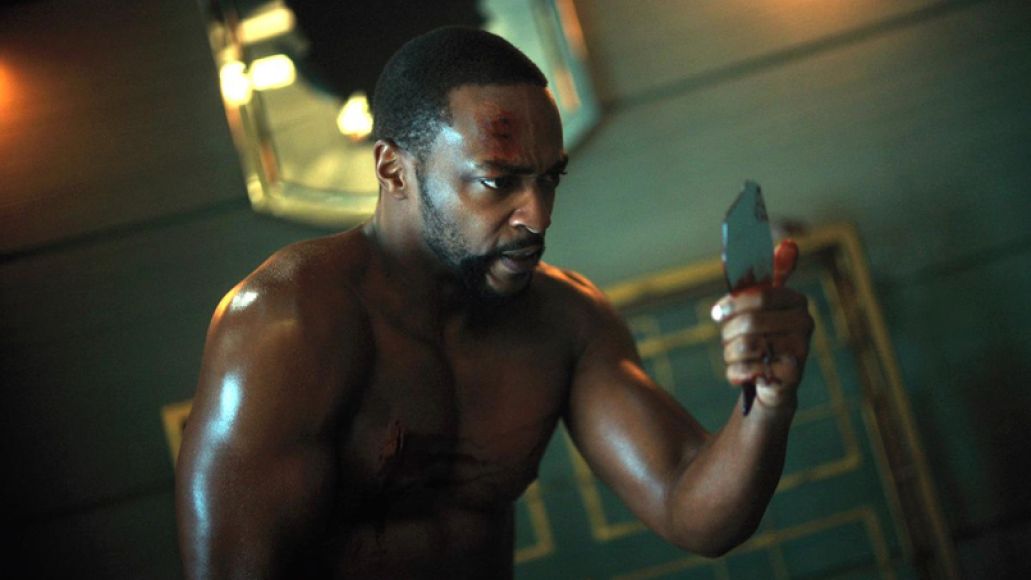 It helps, too, that Goldsberry’s Quell is back from Season 1, and the story hinges much more on her in the present day. No longer relegated to flashbacks, her presence turns the second season into somewhat of a guns-akimbo love story, two souls lost in the soup of switched bodies and centuries of isolation who just need to blaze a bloody path back to each other. There’s a perverse delight in seeing Goldsberry, mostly known for her golden pipes on Hamilton or small, pivotal supporting roles on films like Waves, do roundhouse kicks in black leather tank tops and dreadlocks; she’s clearly having a ball leaning into the goofy Besson-ian auspices of the material.

Poe-Faced: But all of the star-crossed lover angles and conspiracies about murdered alien civilizations fade away when the show smartly focuses on fan-favorite character Poe, a sentient holographic hotel personified by an arch, impish AI version of Edgar Allen Poe. He’s back from the dead, but he’s glitchy, his program compromising not just his ability to help his friend Kovacs, but the memories that make him who he is. More than just the comic relief, he threatens at all turns to steal the show out from under Mackie and co., whether through Conner’s committedly bittersweet performance or the character’s earnest grapplings with the permanence of death. 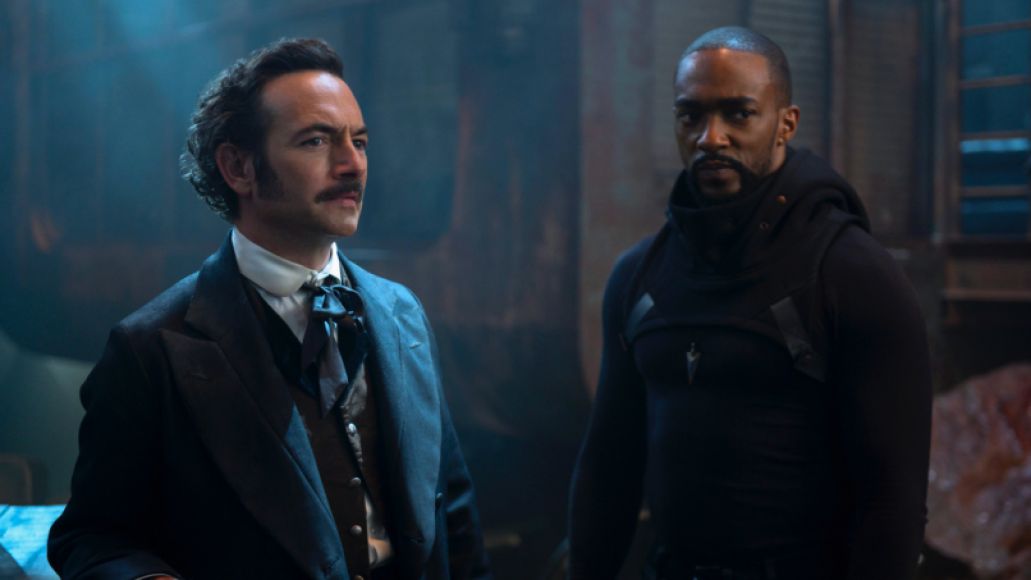 In a show obsessed with keeping humans alive forever, the thought of a computer program dreading its own demise is an intriguing one, especially since he’s one of the most upbeat and personable characters in this rain-soaked dystopia. Schapker brings him back for Season 2 and expands his role dramatically, and the show is so much better for it. I wouldn’t even be mad if they just dropped Kovacs altogether for Season 3 and made The Poe Show. For a series with deep flaws, Poe is one of the things both seasons got pitch-perfectly right.

The Verdict: If the casting and the salacious Game of Thrones-iness of it all turned you off to Season 1, Season 2 might be a solid jumping-on point for Altered Carbon. The philosophical underpinnings of a show about revenge, redemption, and the little tragedies that come from solving mortality, often give way to schlocky action and slick neon-soaked production design. But under Schapker’s direction, and a new cast comprised chiefly of extremely charismatic actors of color, Altered Carbon may have just found a way to cheat its own death.

Where’s It Playing? Altered Carbon downloads its consciousness into a streaming-friendly sleeve on Netflix February 27th.