Officially titled “Mick Fleetwood & Friends Celebrate The Music of Peter Green and The Early Years Of Fleetwood Mac”, the concert saw the night’s numerous special guests take turns taking the stage. As Blabbermouth points out, the setlist consisted of 23 songs altogether, including “All Your Love” featuring both Gibbons and Tyler; “Station Man” with Townshend on guitar and vocals; “The World Keeps Turning” with Gallagher; “The Green Manalishi” with Hammett; “Man of the World” with Finn on vocals; and “Albatross” featuring Gilmour on steel guitar.

“The concert is a celebration of those early blues days where we all began, and it’s important to recognize the profound impact Peter and the early Fleetwood Mac had on the world of music,” Fleetwood previously said in a statement. “Peter was my greatest mentor and it gives me such joy to pay tribute to his incredible talent. I am honored to be sharing the stage with some of the many artists Peter has inspired over the years and who share my great respect for this remarkable musician.”

Throughout the show, Fleetwood served as resident house band with assistance from musicians Andy Fairweather Low, Dave Bronze, and Ricky Peterson. The tribute concert, which benefits Teenage Cancer Trust, will eventually be released as a concert film directed by Martyn Atkins, per Rolling Stone.

Below, find photos and video footage from the night, followed by the full setlist. 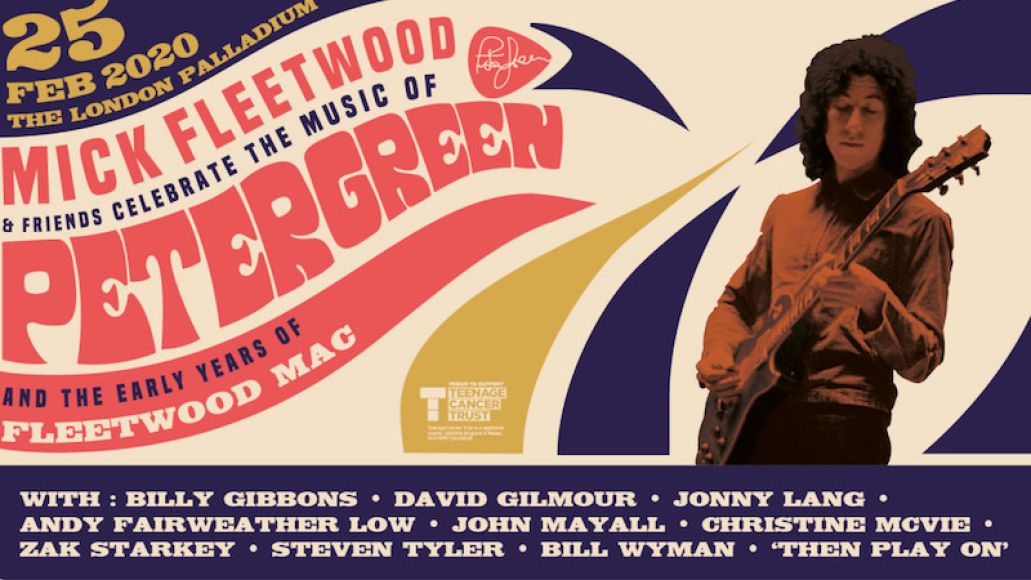