Wes Anderson returns to cinemas this summer with his latest ensemble feature, The French Dispatch of the Liberty, Kansas Evening Sun. With the film set for a July 24th release, Disney-owned Searchlight Pictures is preparing to drop the first trailer tomorrow, February 12th. To stir up publicity for the preview, the studio has today shared the first poster, which provides an illustrated look at the world Anderson has created while revealing a new list of exciting cast members.

Update: You can now watch the trailer for The French Dispatch.

The cartooned poster depicts the atmosphere of the stellar cast’s characters in tableau. There’s Tilda Swinton, Frances McDormand, Jeffrey Wright, and Bill Murray in the office of The French Dispatch, the France-based American magazine at the center of the movie’s story. Below them, Owen Wilson looks lackadaisically French on his bicycle, while Benicio del Toro paints and Adrien Brody looks shady surrounded by stacks of cash.

On the bottom floor of the building, prison guard Léa Seydoux stands before her gun and baton, Timothée Chalamet bathes in his own ennui, and Lyna Khoudri looked ready for adventure in a good book. Across the way, chef Stephen Park prepares a meal as Mathieu Amalric gingerly digs in below him.

There are also a number of background details worth noting: There’s that shady character with the brief case walking down the street towards a bloodied butcher. Or those morose looking ladies smoking a cigarette against the wall in front of Cafe Le Sans Blague (The No Joke or No Kidding Cafe). On the upper street, there’s a hearse driving a body towards a police chase where a tommy gun-toting criminal takes aim at a cop car with a kitty in the backseat.

Some of these characters are surely to be played by the cast members newly revealed on the poster’s credits, which includes some of Anderson’s usual troupe as well as newcomers. Edward Norton, Willem Dafoe, Jason Schwartzman, Saoirse Ronan, Angelica Huston, Liev Schreiber, Elisabeth Moss, Christoph Waltz, Bob Balaban, and Henry Winkler are all listed, amongst others.

Check out the poster for The French Dispatch below, and stay tuned for the latest Wes Anderson trailer tomorrow. You can also revisit our our debut season of Filmography, a podcast in which we dissected the auteur filmmaker’s entire resume through three expansive episodes. 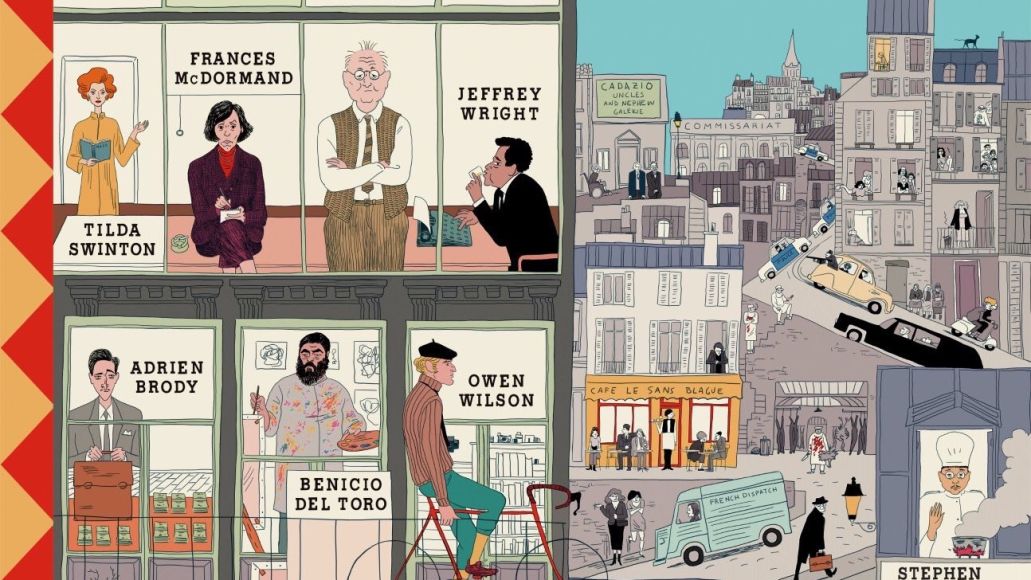 Update: The New Yorker, which serves as a major inspiration for The French Dispatch, has revealed some first-look stills from the movie as well as character details. Find the images ahead.

Jeffrey Wright is a food journalist from the American South named Roebuck Wright, a conglomeration of James Baldwin and A. J. Liebling.

Lyna Khoudri and Timothée Chalamet portray student revolutionaries Juliette and Zeffrelli, respectively. The picture in which they’re featured below was inspired by a two-part article from 1968 by Mavis Gallant called “The Events in May: A Paris Notebook”. 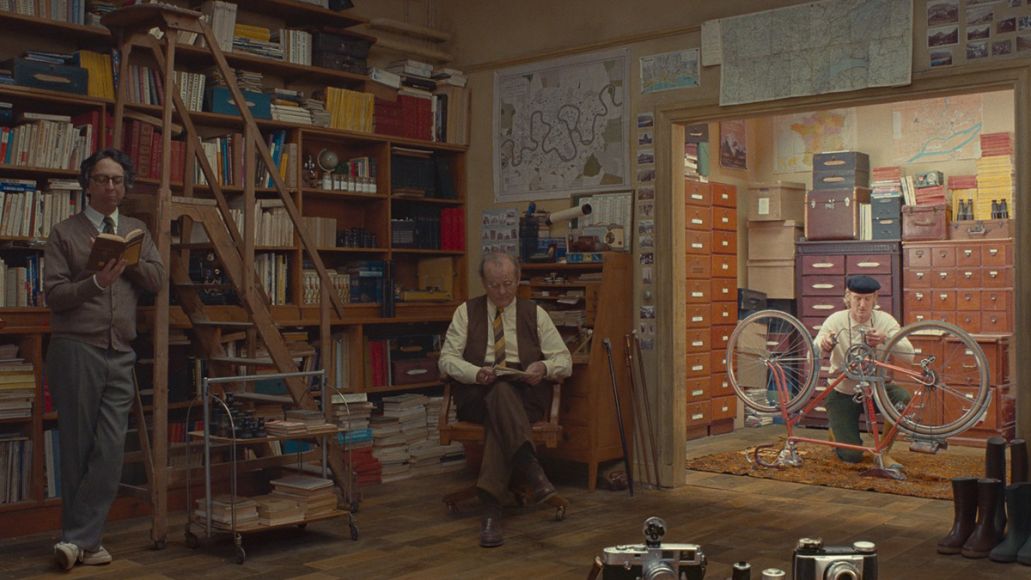 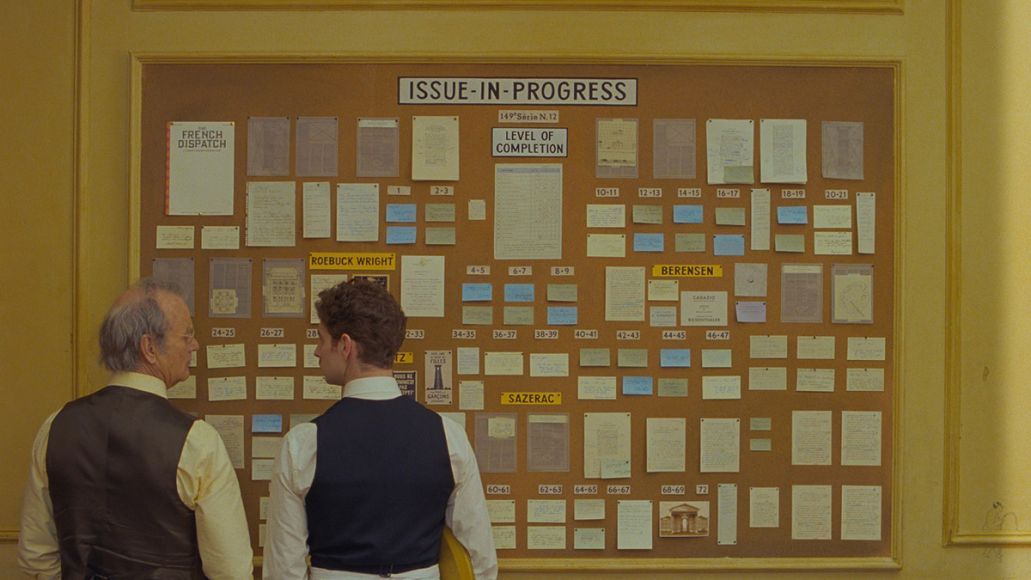 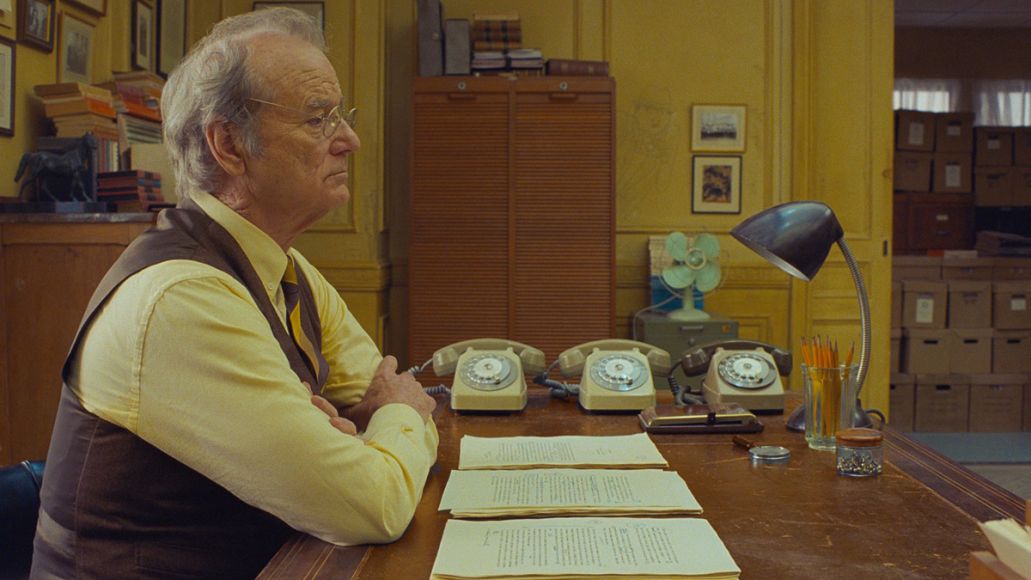 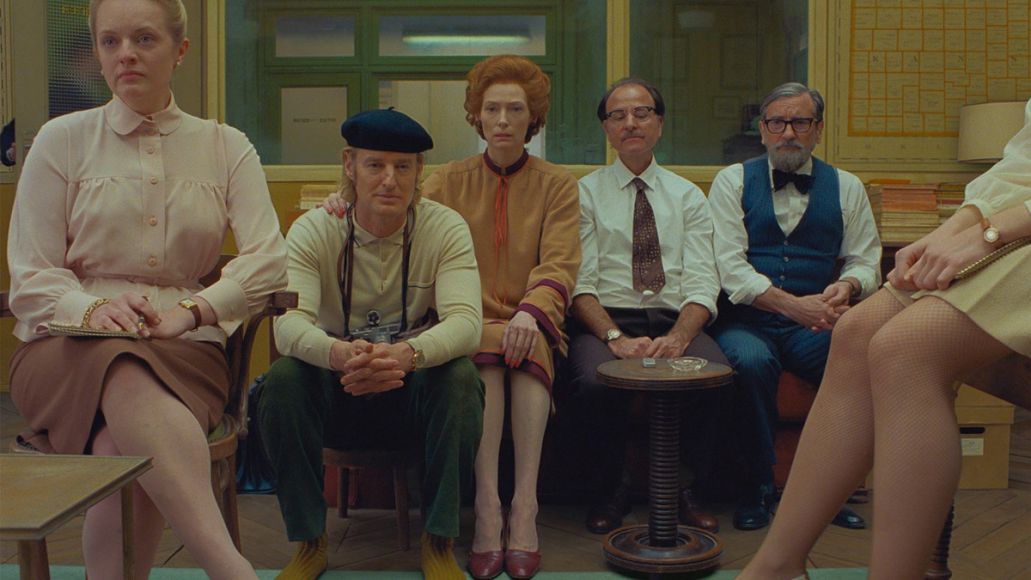 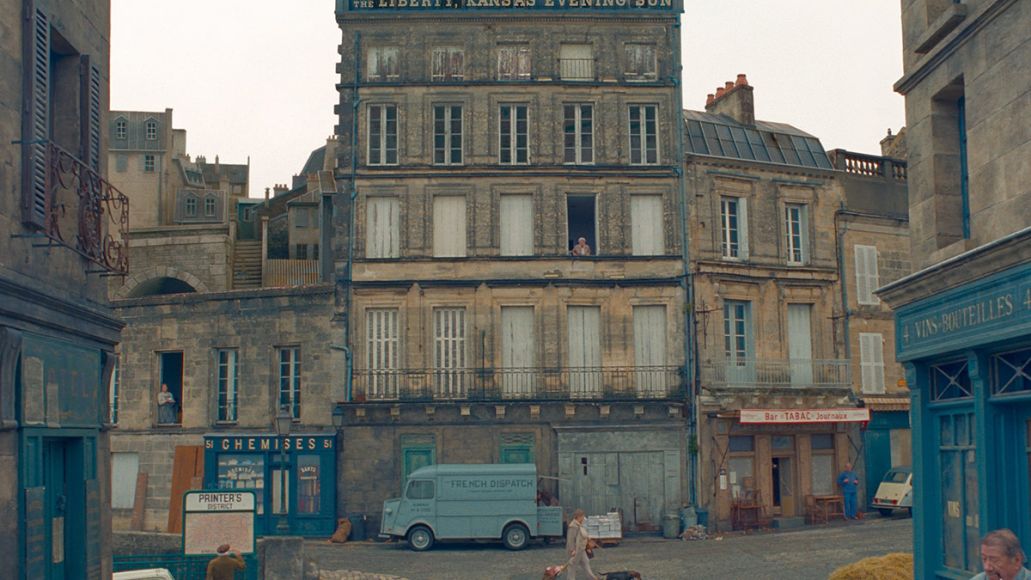 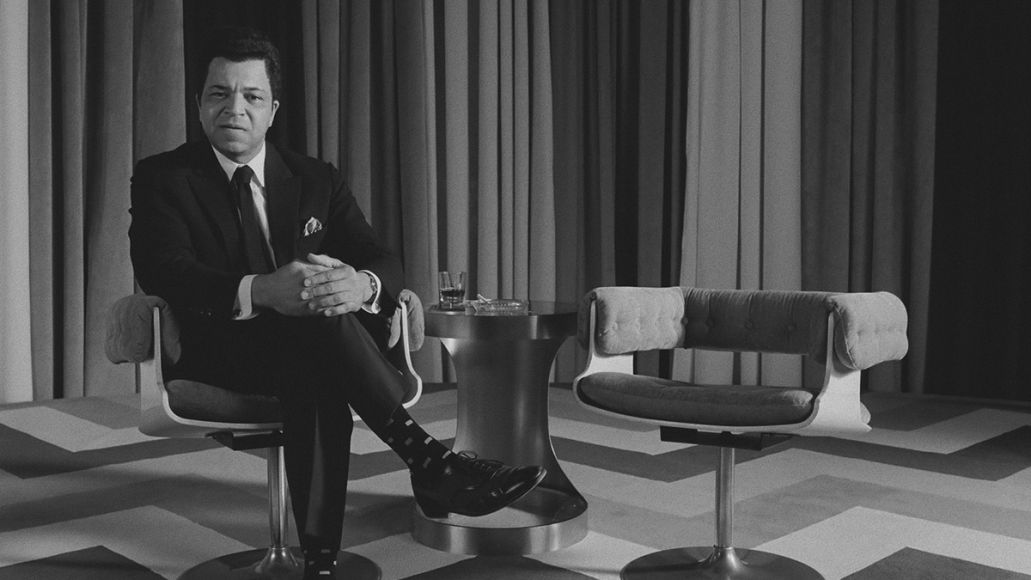 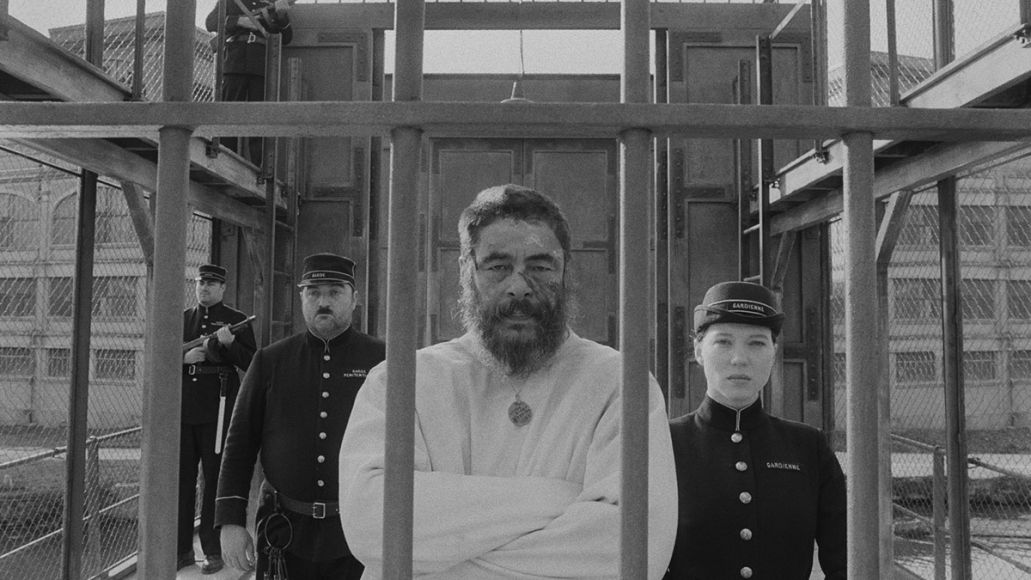 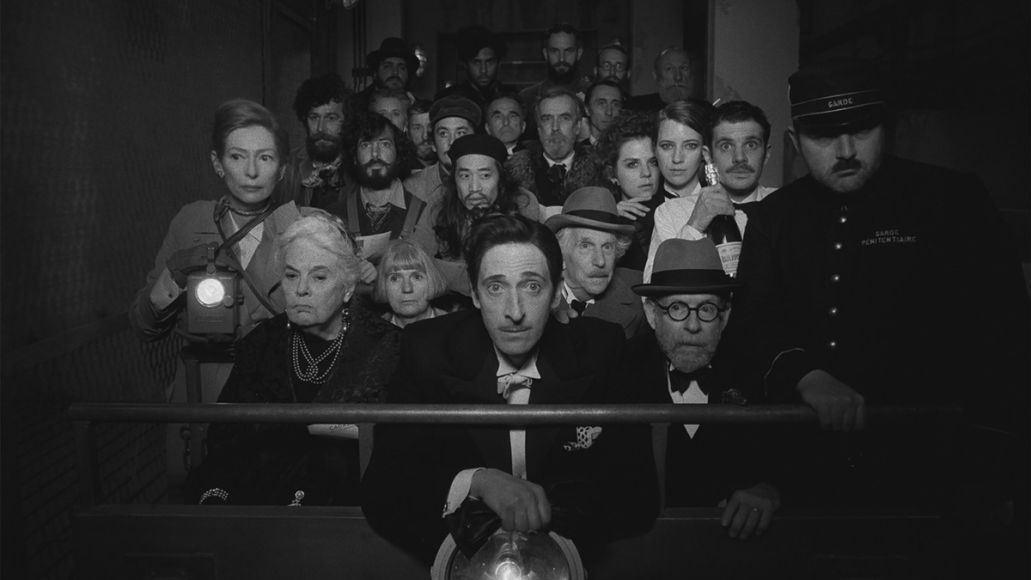 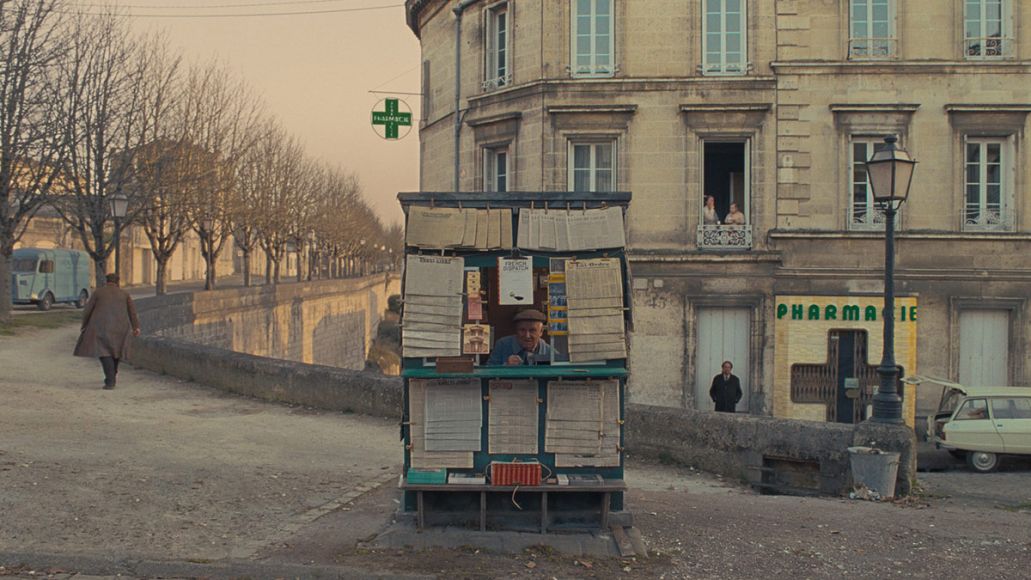