Love is in the air, and it’s not just because of Valentine’s Day. In honor of its 35th anniversary, Whitney Houston’s classic self-titled debut album is being reissued on special colored vinyl. The re-release also comes ahead of the late music legend’s induction into the Rock and Roll Hall of Fame.

Due out via Legacy Recordings and Vinyl Me, Please, the reissue is pressed on 180-gram “peaches and cream” swirl vinyl. In addition to the original 1985 album, it comes packaged with the first US release of the Whitney Dancin’ Special EP.  Previously only available in Japan, the collection includes extended remixes of “You Give Good Love”, “Thinking About You”, and “Someone For Me”, as well as both a remix and instrumental version of “How Will I Know.”

The Whitney Houston anniversary edition also features a 32-page hardcover photo and lyric book filled with new essays from Pat Houston, Narada Michael Walden, LaLa and other artists who contributed to the album.

Pre-orders for this vinyl reissue have already begun, and shipping is set to begin in early May. The exclusive remix EP is also expected to hit digital streaming platforms for the first time to coincide with the release.

Upon its original release, the seminal self-titled LP earned Houston a Grammy for Best Pop Vocal Performance for “Saving All My Love for You”. This year, Houston posthumously joins a Rock and Roll Hall of Fame class that also boasts Depeche Mode and Nine Inch Nails. The powerhouse singer died in 2012, but a hologram tour is scheduled to begin later this month and you can grab your tickets here.

In anticipation of the reissue, watch a high definition version of Houston’s “Greatest Love of All” music video. 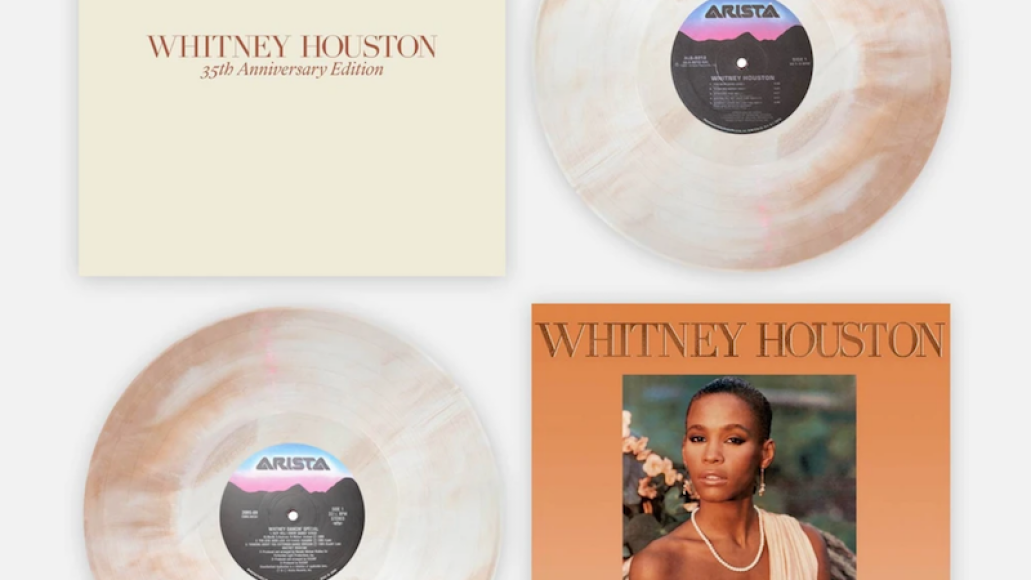