Not to overhype this, but Bright Eyes have released their first song in nine years today and it features a bagpipe (!) solo. Say hello to “Persona Non Grata”, our first taste of the recently reunited emo-indie rock band’s forthcoming new album.

The Conor Oberst-led band issued a statement alongside the song updating fans about the new album and their future plans for 2020 now that the coronavirus pandemic has temporarily halted parts of the industry. Thankfully, they had some reassuring words: “We will be releasing a new album this year no matter what.”

“We will keep you informed as things progress,” the note reads. “We very much want to get on the road and hope to see you all in person sooner rather than later. Until then, here is a song called ‘Persona Non Grata.’ We hope you like it. It was hard to decide which song to share first because they are all quite different, but this one seemed as good of a place as any to start.” Read the letter in full after the jump.

Growing Out of Bright Eyes

Sure enough, “Persona Non Grata” is a welcome, riveting return to form for Bright Eyes as promised — it’s a piano-led ballad that confronts political fights, shattered trust, and a desire to reconcile with the past — but it also shows them flexing some new muscles. For starters, there’s bagpipes, which is a first for the band yet sounds right at home in the context of the song. Stream it below.

On top of this, Bright Eyes have announced a full reunion tour for later this summer, including a live performance at End of the Road Festival. Grab tickets to all of their upcoming concerts here.

While we eagerly await more news about Bright Eyes’ upcoming album, consider revisiting Conor Oberst’s solo career with 2014’s Upside Down Mountain, 2016’s Ruminations, and 2017’s Salutations. Don’t forget to check out his recently revived punk-rock band Desaparecidos and their new album, or his side-project Better Oblivion Community Center with Phoebe Bridgers. Better yet, celebrate the 15th anniversary of I’m Wide Awake, It’s Morning and Digital Ash in a Digital Urn this year by reading up on how the two records complement one another, too. 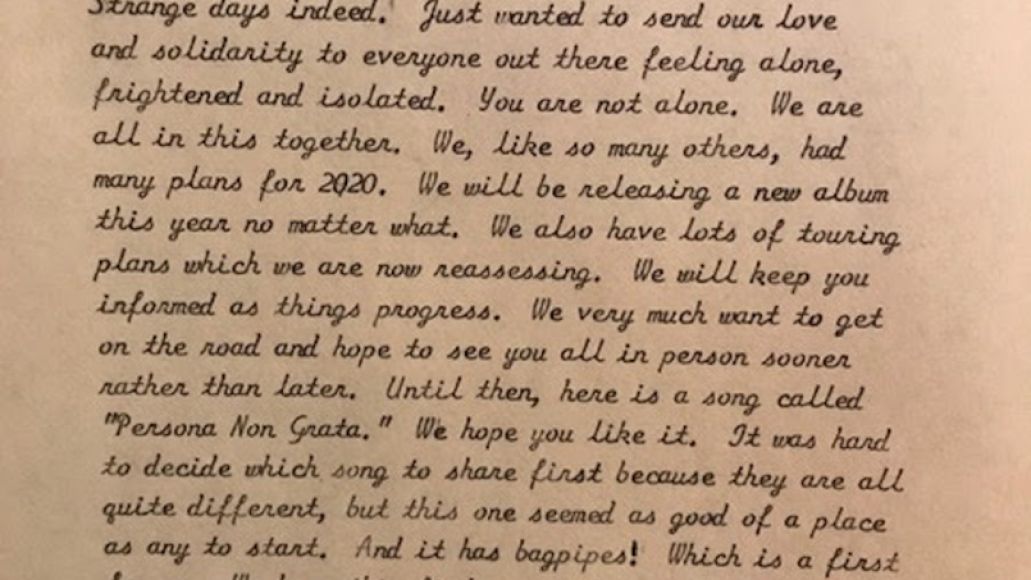