Wow, did anyone else almost forget about Beto O’Rourke? The former House Representative from Texas rode a wave of national attention over his failed Senate bid into an equally futile presidential campaign. A lot of his buzz came from his “punk rock” connections, like his Metallica fandom and the fact that he used to be in a band called Foss with The Mars Volta/At the Drive-In member Cedric Bixler-Zavala. However, not only did O’Rourke quickly lose the attention of the wider public, but now he’s fallen out of favor with his one-time bandmate thanks to his endorsement of Joe Biden.

On Monday, O’Rourke endorsed Biden alongside Amy Klobuchar and Pete Buttigieg, both of whom suspended their own campaigns after the South Carolina primary. Later that night, Bixler-Zavala revealed his own support of Bernie Sanders with an Instagram post that read, “No thank you Biden.” One of the rockers’ followers noted that Beto’s support of Biden “bummed me out bad,” to which Bixler-Zavala responded, “me too.”

Another follower continued down that line, asking directly, “Do you denounce your former bandmate Beto for his Biden endorsement?”

“Denounced in the comatorium,” replied Bixler-Zavala, playing off the title of The Mars Volta’s 2003 debut album, De-Loused in the Comatorium.

(Sandy) Alex G on Being Mistaken for Beto O’Rourke

The 20 Best Sci-Fi Albums: From Misfits to Radiohead

The jabs didn’t end there. Someone commented that perhaps Bixler-Zavala should try to have a word with his former Foss companion. “What, you think I can offer him something the dnc hasn’t?” he replied, insinuating that Beto was now nothing more than a political shill. Guess a Mars Volta reunion at any of Beto’s future political events is out of the question.

Bixler-Zavala is far from alone in his support of Sanders. The Strokes, Vampire Weekend, Bon Iver, Miike Snow, Lykke Li, Neutral Milk Hotel’s Jeff Mangum, and even newly minted US citizen Neil Young have all shown their support for the Democratic presidential hopeful. Public Enemy’s Chuck D has as well, though his participation in a rally for Sanders led to Flavor Flav being fired from the iconic group. 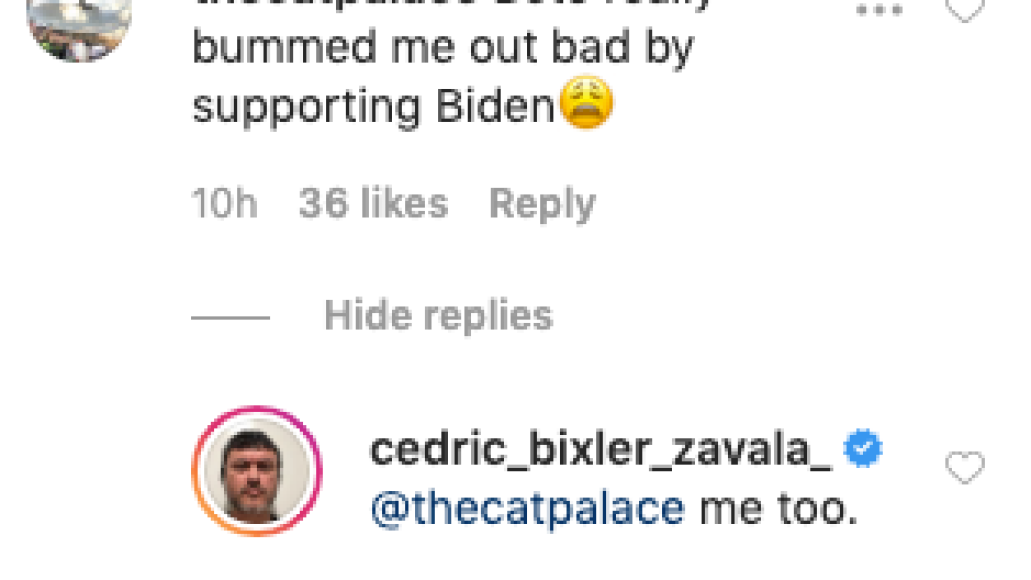 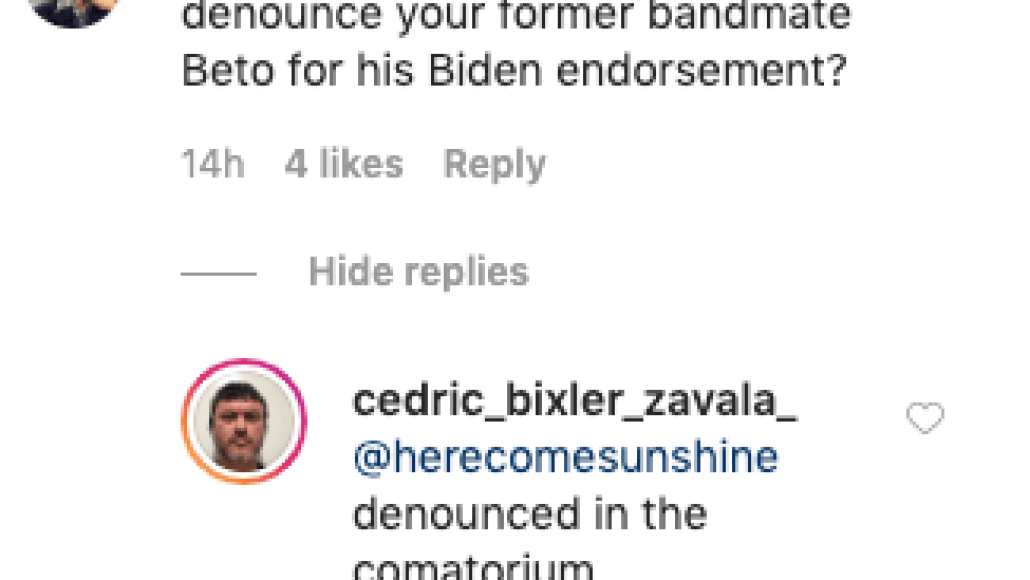 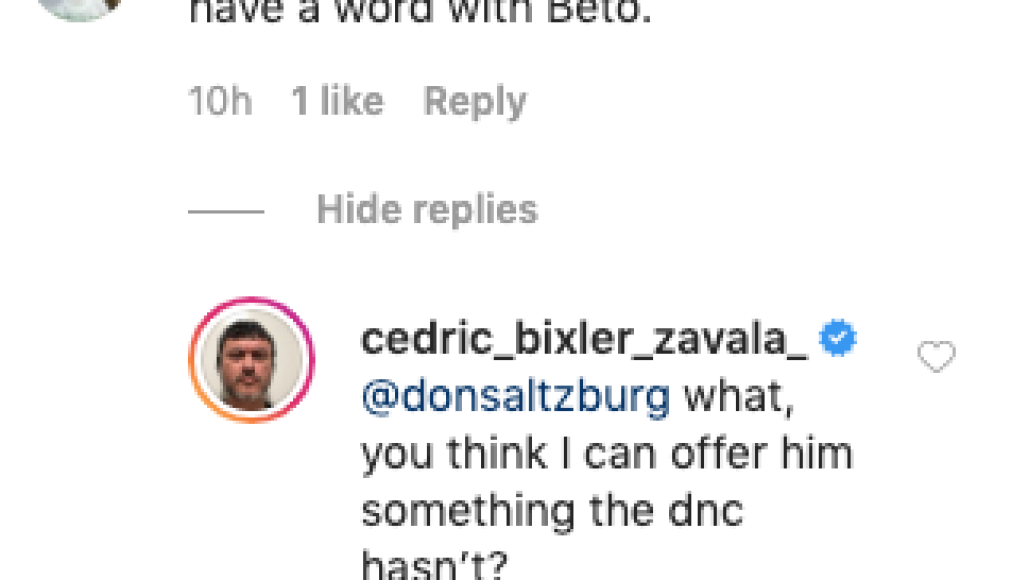