D.C. Jam comes in celebration of Foo Fighters’ 25th anniversary and is something of a homecoming for frontman Dave Grohl, who grew in the suburbs of Washington, DC.

In addition to a headlining set from Foo Fighters, the festival promises performances from Chris Stapleton, Pharrell Williams, The Go-Go’s, Band of Horses, Beach Bunny, The Regrettes, Radkey, and Duran Jones & The Indications.

D.C. Jam will also feature a BBQ competition (which will undoubtedly involve pit master Grohl) as well as a tailgate party, rides, games, and other attractions.

Ahead of D.C. Jam, Foo Fighters will embark the “2020 Van Tour” during which they’ll return to cities they played on their first-ever jaunt in 1995. They’re also scheduled to play festivals like Boston Calling, Osheaga, and the New Orleans Jazz and Heritage Festival. Somewhere amidst all that, Foo Fighters will release a new album.

You can get tickets to all of Foo Fighters’ upcoming tour dates here. 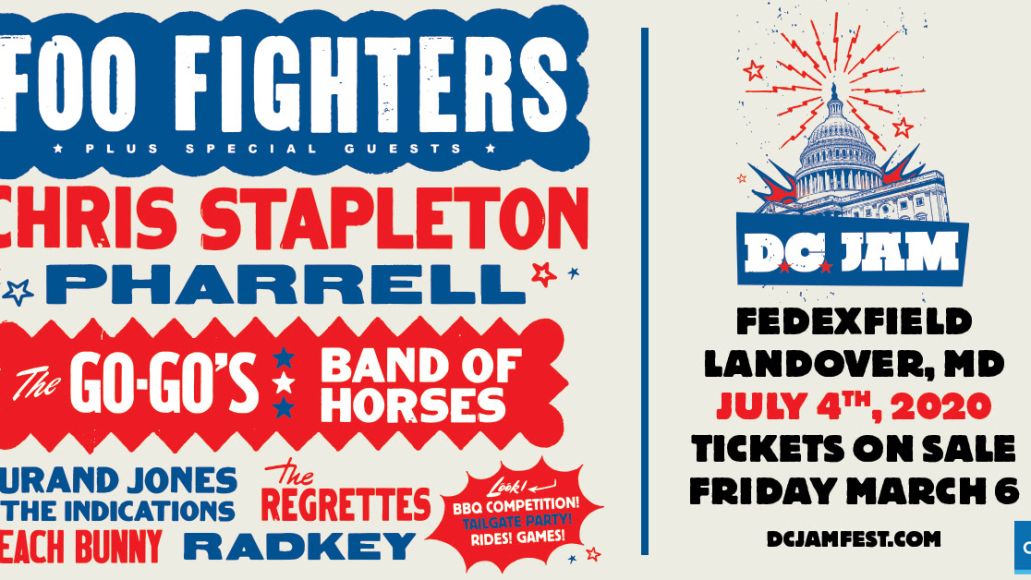