Larry David doesn’t just have “fuck you money,” he’s got “fuck you cultural currency.” At 72 years old, he’s not only the most popular bald Jew in Hollywood, but arguably the sexiest. He’s a cultural brand, beloved by every celebrity, and that notion isn’t lost on the guy. Ever since he returned to HBO in 2017 for Season 9, LD has been more self-aware than ever, his acerbic cynicism no longer irritable vitriol but a contagious swagger. People don’t just quote the guy, they wish they could be him, a social assassin unchallenged and indifferent to any kind of outrage that would otherwise crush us peons. In a sense, he’s as much of an institution as his bread and butter Seinfeld, and in many ways, far more lucrative in today’s day and age. Because at a time when his colleague recoils from college campuses and cancel culture, Larry David just doesn’t give a fuck.

That idea is all over Season 10, by far the strongest run of Curb Your Enthusiasm episodes since 2009’s super-meta seventh season, which saw the much-hyped and much-earned Seinfeld reunion that NBC had been begging for since 1999. Granted, this series probably won’t ever surpass that unlikely watermark — in hindsight, that batch of episodes will always feel like the more poetic bookend for David’s career — but this year’s run proves it doesn’t matter. Because by dialing back to basics, as I outlined back in January following its outstanding season premiere, LD not only proves he’s above any kind of watermark, but that he’s done proving anything at all. He’s no different than the Larry David we met back in the early aughts, coming off a blockbuster success and shooting from the hip. The difference now is that he’s not just riding success, he’s enjoying being canonized. 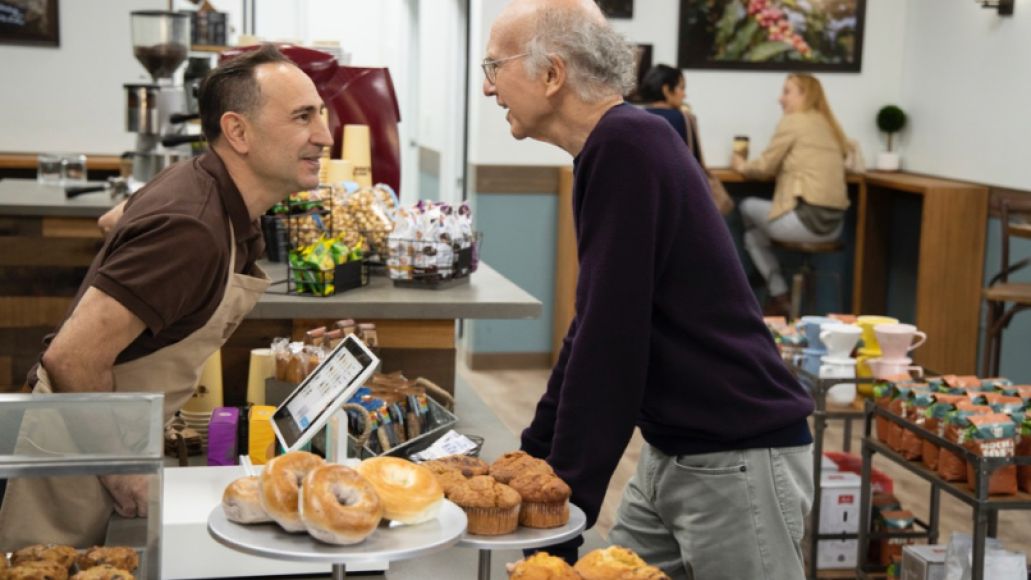 Think back to that finale in Season 7 — it’s called “Seinfeld” if you’re looking online. There’s a crucial moment halfway through the episode, when Jason Alexander has left the reunion (after suffering the mercy of LD’s jealousy), and the rest of the cast is befuddled. David isn’t. Instead, he insists he can step into the role of George, namely because he’s always been George. So, in a very meta move, he settles the What-if of every Seinfeid fan and reveals what could have been had they never cast Alexander. As expected, it’s awkward, stilted, and a little uncanny valley. But the dagger comes when Seinfeld lays out the gravity of the situation, and why Alexander leaving is a no deal situation: “Do you understand what this is? It’s iconic television here! The set’s an icon. [Kramer’s] an icon. [Elaine’s] an icon. [Jason] was an icon,” then pointing to himself, “Icon,” and then pointing to Larry, “No con.” Ouch. But also not wrong, at least in 2009, and in that specific world. Nowadays? There’s a debate to be had on who’s the bigger icon.

Whereas Seinfeld has been leaning on his legacy, particularly with his also-excellent Comedians in Cars Getting Coffee series for Netflix, David has built upon his own. For 20 years and now 100 episodes (80 shy of Seinfeld, mind you), David has taken the philosophies of his previous flex and developed a stronger muscle. To his credit, it didn’t happen overnight, either. No, Curb existed on the fringe for a good half decade, even when it was one of HBO’s more consistent shows (and running alongside a juggernaut like The Sopranos). But it was so ahead of the curve, and its influence only takes a breezy Wikipedia search to chart out. Nowadays, it’s impossible to find a comedy that doesn’t cite the series as an influence, and this season truly drives that point home. Just look at the goddamn guest list: Vince Vaughn, Abbi Jacobson, Nick Kroll, Jon Hamm, in addition to tonight’s round of A-listers in Jonah Hill, Mila Kunis, Chaz Bono, and two-time Academy Award winner Sean Penn. It’s pretty clear that everyone wants in on what David’s got. 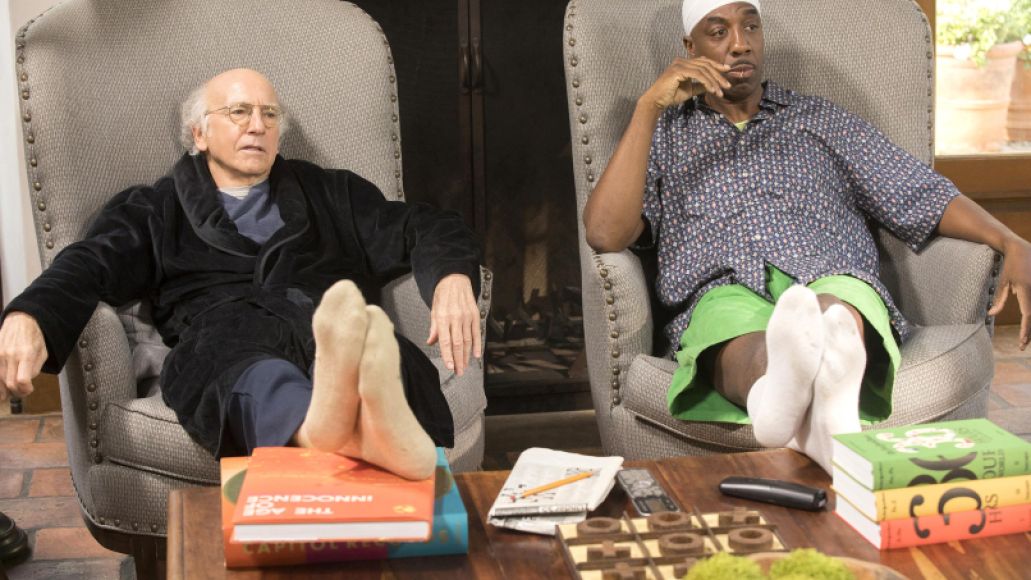 Larry David in Curb Your Enthusiasm

With that in mind, the days of needing a throughline are over. We don’t need a restaurant opening, or a Mel Brooks MacGuffin, or a Seinfeld reunion, and certainly not a garish fatwa plot device. In the end, we just need Larry David, a certifiable icon, whose very style, swagger, and trademark cynicism affords him to finally be the star of a show about — you guessed it — nothing. Just look back on this season: The whole Mocha Joe’s vs. Latte Larry’s spite store arc was irrelevant. At its best, it was a B plot, and unlike so many seasons before it, David never stayed beholden to it. And, in fact, it’s telling that the majority of the episodes involving the store paled in comparison to those that operated outside of them. No shade to Mocha Joe — who will always be responsible for the diamond “busy with beans” bit from Season 7 — but there was just no competing with the yo-yo’ing of “You’re Not Going to Get Me to Say Anything Bad About”, or the Survivors United charity of “Artificial Fruit”, or even the MAGA schtick of “Happy New Year”.

Bottom line: When it was just Larry David — and, sure, maybe a few of Hollywood’s elite — against the world at large, Curb Your Enthusiasm thrived. Every little observation, from the side sitting to the ugly sections to tonight’s hypotheticals, found a place in our heart. Enough so, that we’d be hard-pressed in weeks ahead to remember what the fuck the episode was even about. Again, it all goes back to the opening moments of this season: Larry and Leon, strolling around Hollywood, not a care in the world. There’s an escape to this conceit, to their laissez-faire attitude, to their nonchalance. It’s an indulgence that’s so alien to us, and there’s a priceless feeling to watching someone purge their own anxieties with unlikely actions. Because really, in an era when stupidity has never been more obdurate, and culture has never felt so scornful, Larry David is an icon for everyone. So, as long as he and series mastermind Jeff Schaffer can keep their eyes open, and their frustrations on paper, we’ll all be enthused to see the bald asshole.

Oh, and by the way, he’s totally right about scones.

Larry David's an Icon (And Maybe Bigger Than Seinfeld)