The ongoing coronavirus epidemic and resulting government response has led to restrictions over large group gatherings. As a result, virtually every tour has been canceled or postponed for the foreseeable future… with one exception.

Psychobilly legend Jim Heath, a.k.a. The Reverend Horton Heat, is refusing to cancel any of his upcoming tour dates. In a Facebook post, Heath encouraged “everyone who lives in a jurisdiction where local governments are restricting rock and roll to push back. Write emails and call your local government agencies to remind them that we have the right to assembly. They can’t stop rock and roll!”

Heath doubled down in the comments’ section of the post. “My crew guys have bills to pay. If you don’t want to come to the show, it’s your right not too. I’m for rock and roll. I’m for freedom,” he wrote in response to one fan who encouraged him to rescheduled the upcoming dates.

Replying to another fan who called him “selfish,” Heath wrote, “My crew members, my band and their families rely on RHH. They have mouths to feed, college tuition to pay etc. but that’s beside the point. The point is that life goes on. You cant stop rock and roll. Party!”

“If some people want to hunker down, that’s their right. I don’t want to. If I get sick, I will. In the meantime life goes on,” he remarked in another comment. He also dismissed government-mandated restrictions on public gatherings, writing, “We will see about that!”

Elsewhere in the comments’ section, Heath took issue with a fan who called him a boomer. “So are you bigoted against someone because of their age?” he wrote in response.

The Reverend Horton Heat has tour dates scheduled throughout March and April, including in parts of California where the coronavirus has proven been especially prolific. 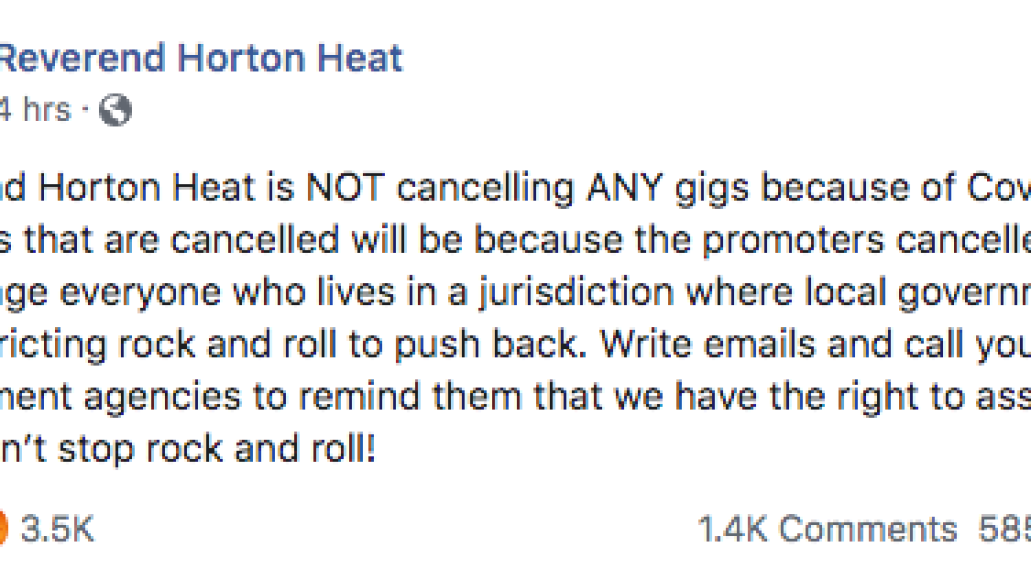 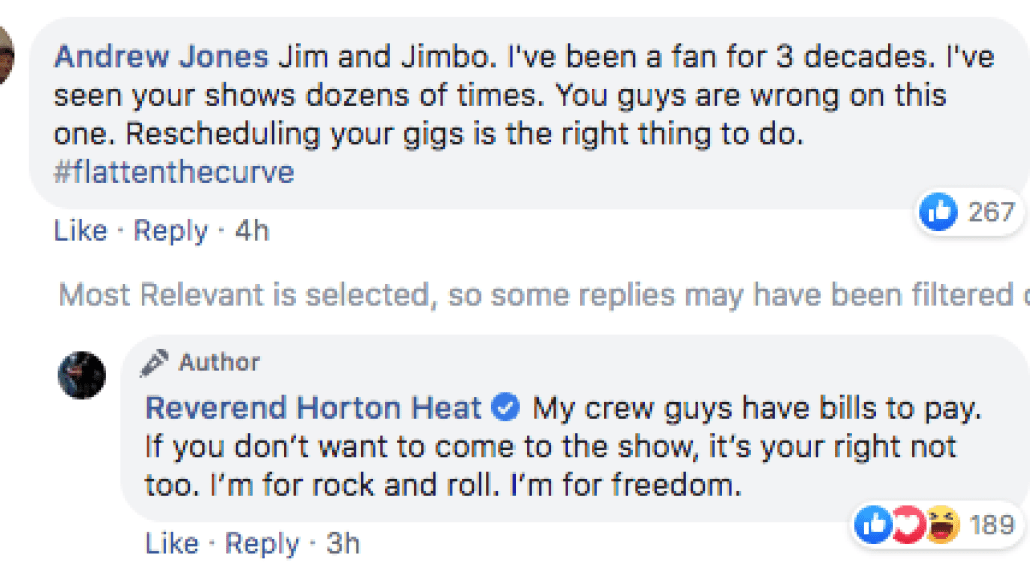 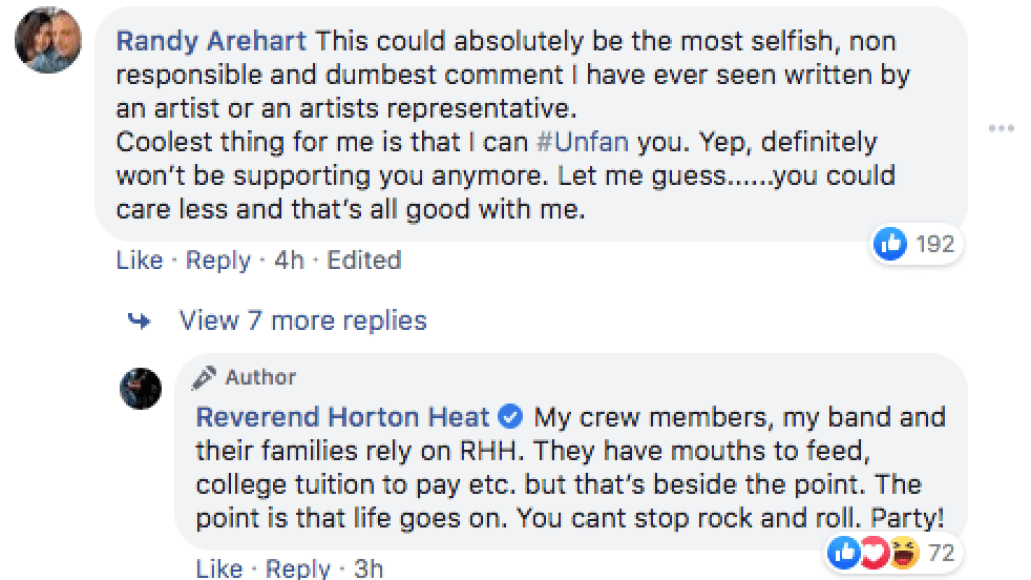 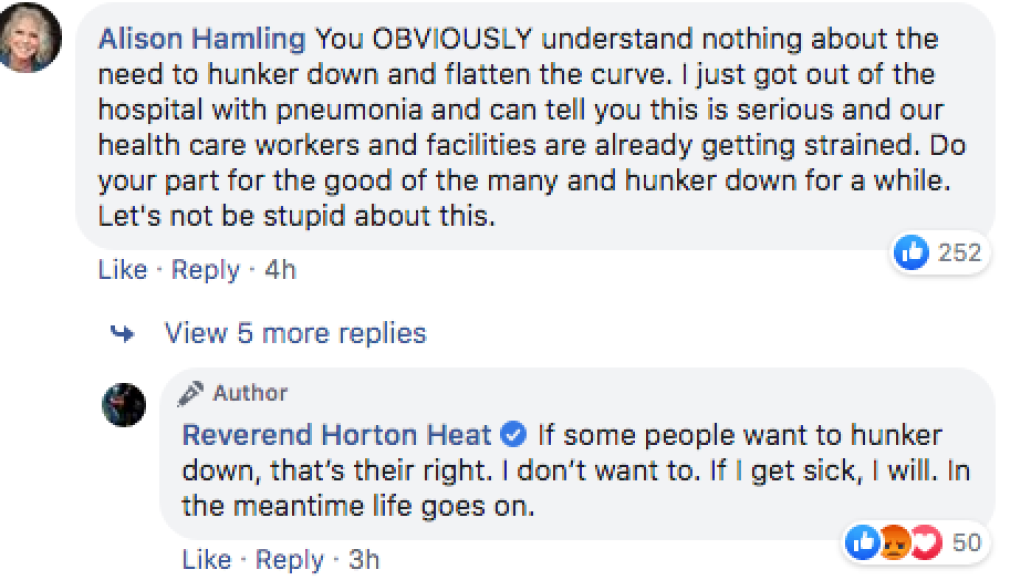 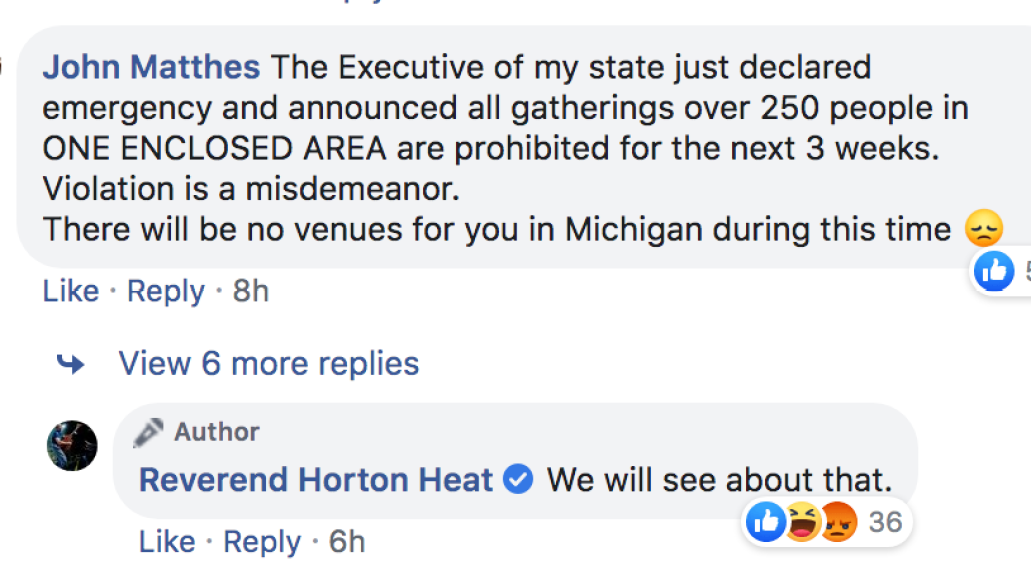 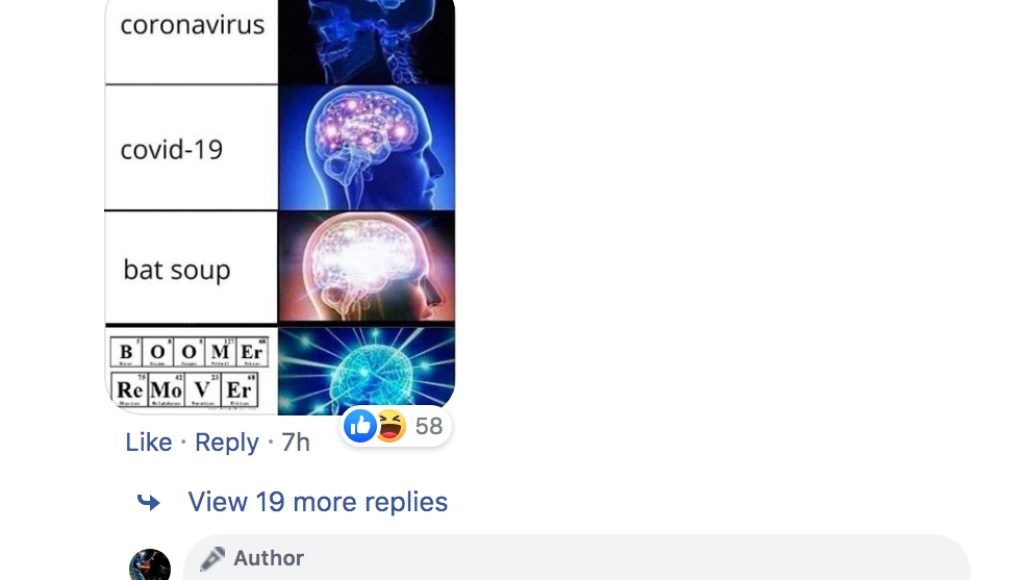 Reverend Horton Heat Refuses to Cancel Concerts Due to Coronavirus