Sonic Boom (aka Peter Kember) is back with a brand new album called All Things Being Equal. It’s due out June 5th via Carpark Records. To preview the effort, the English producer has shared the lead single, “Just Imagine”.

All Things Being Equal marks Kember’s first full-length album as Sonic Boom in 30 years, following 1990’s Spectrum (which arrived not too long before the end of his Spacemen 3 duo with Spiritualized’s Jason Pierce). It’s a healthy chunk of time, though Kember has had plenty of other musical irons in the fire, including producing records for artists like Panda Bear, MGMT, and Beach House.

That collaborative work became a pillar of the new album. “I learn from everyone I work with, and I wanted to bring what I learnt into this record,” Kember said in a statement. “Everybody thinks about and listens to music in different ways.”

The new LP also takes influence from the musician’s relocation to Sintra, Portugal which he calls “an enchanting area famous for being inspiring.” The change shaped the album lyrically, which focuses on the human relationship with plant life.

The new single “Just Imagine” rises from frothy layers of synths, with bubbles of bright electronic noise rising to the top, and Kember’s clear lyrical commands swimming through the mix, beginning each phrase with the song title.

“Certain instruments have something about their sound that touches me deeply, and I’m always trying to focus as much vibe as I can into the songs,” Kember commented.

The track comes equipped with a music video as well. Directed by Nuno Jardim, the visual nods toward shapes that fall between geometric and galaxy-like, encapsulating Kember himself.

Stream Sonic Boom’s “Just Imagine” and see the artwork for All Things Being Equal below. Pre-orders are available now.

It’s good to see Kember reviving his solo project, but don’t get your hopes up about Spacemen 3, as Pierce made it very clear back in 2018 that a reunion would never happen.

All Things Being Equal Artwork: 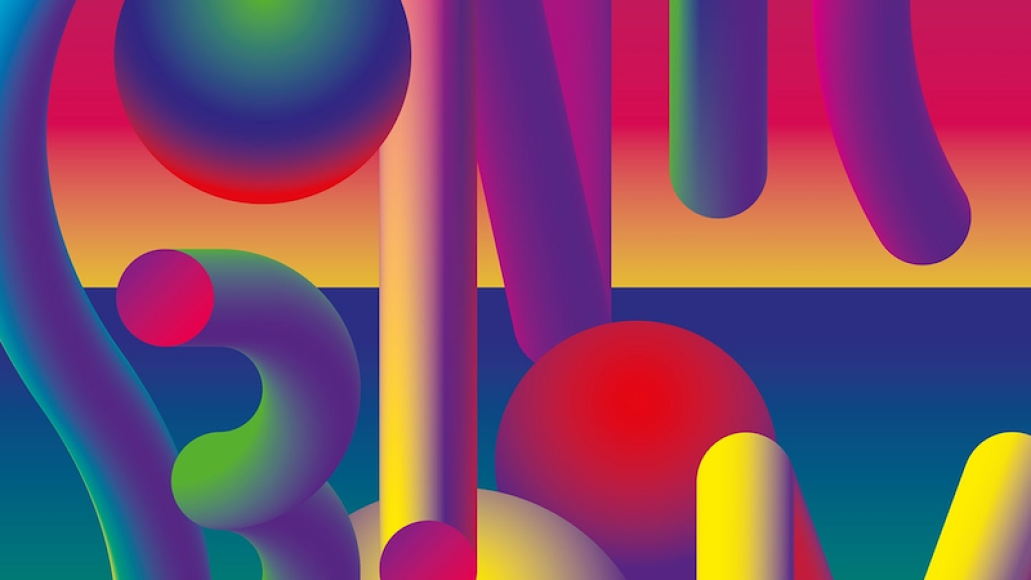