The Dixie Chicks are officially back. The country trio has returned today with “Gaslighter”, their first new music in 14 years, as well as an accompanying video. Watch it below.

“Gaslighter” is taken from a forthcoming album of the same name, due out on May 1st through Columbia Records. The long-awaited follow-up to 2006’s Taking the Long Way, it’s comprised entirely of original material and features contributions from Jack Antonoff. Our 2017 Producer of the Year, Antonoff is known for working with Lorde and Taylor Swift; in fact, he co-produced “Soon You’ll Get Better”, Swift’s Lover collaboration with the Dixie Chicks.

In a previous appearance on the podcast Spiritualgasm, Dixie Chicks singer Natalie Maines described Gaslighter as “10 times” more “personal and autobiographical” than Taking the Long Way. She also added that it was partially inspired by her recent divorce from actor Adrian Pasdar.

Discussing the title track during an interview with Beats 1 Radio, Maines explained, “It was the first song we wrote with Jack Antonoff. At the time we thought we thought we were gonna write with a bunch of different people and get different producers and we wrote with him and we’re like, ‘He needs to produce it and this needs to be the sound for this album.’ ‘Cause it was just, he blew us away, and it was such a fun song to start with.”

Considering the album’s Gaslighter title, it appears the Dixie Chicks’ comeback might be timed to coincide with the 2020 Elections. The country music outfit previously mocked President Trump by defacing one of his photos during a 2016 concert in Cincinnati.

Of course, the trio has had a contentious relationship with American politics. While performing in London in 2003, the Dixie Chicks famously denounced then-US president George W. Bush and his decision to invade Iraq. The Dixie Chicks’ strong political comments resulted in fierce backlash and a boycott of the trio by much of the country music community. Proving there’s still bad blood between Dixie Chicks and that community, just this past September countless country radio listeners complained when “Soon You’ll Get Better” was added to their station’s regular rotation. 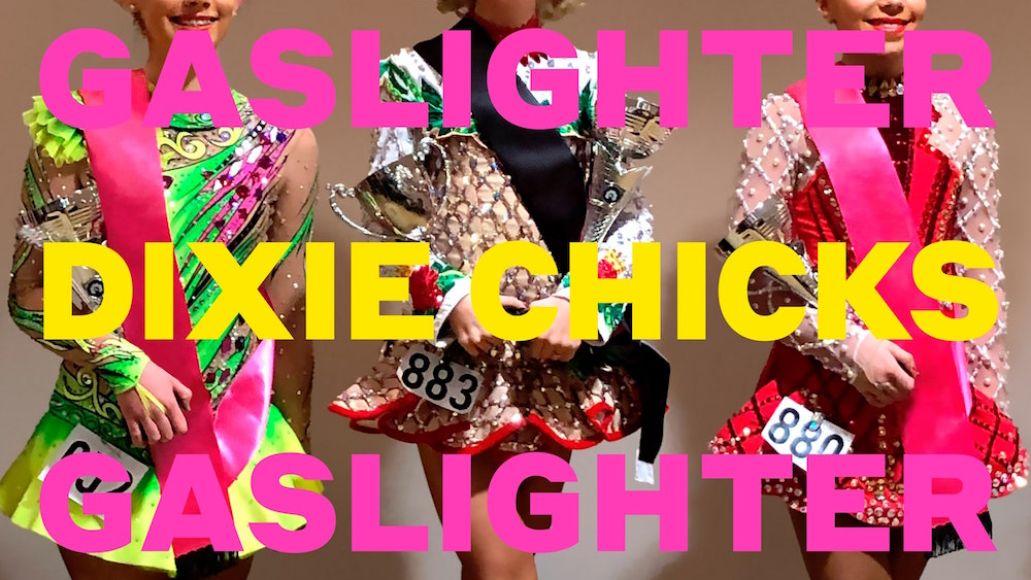