Oakland-based alternative outfit Thao & The Get Down Stay Down have announced their sixth studio album, Temple. It’s due out May 15th via Ribbon Music. In anticipation, the band has shared the self-titled single, along with a healthy run of tour dates.

Following 2016’s A Man Alive, the new LP finds frontwoman Thao Nguyen taking on a producing role for the first time, working alongside bandmate Adam Thompson. It also finds the band leader at her most vulnerably honest. According to a press release, Nguyen almost skipped making a new full-length altogether, feeling that rock music no longer felt right. However, she found motivation to craft the collection by giving her space to be herself, bringing her queer identity to the forefront for the first time. It’s a subject she’d long been quiet about in her music for fear of being alienated by her family and culture.

Now, having recently married her girlfriend, the singer is fully embracing her truth. In a press statement, she shared,

“I have divided myself into so many selves. I am nervous, but hopeful that in belonging to myself, I can still belong to my family, and my Vietnamese community, especially the elders. I believe that shame has made my work more general, when I’ve always wanted to be specific. This record is about me finally being specific. If you listen to my music, I want you to know who you are dealing with.”

On the title track, the band blends smooth sheen synths with punchy drums and an almost old Western guitar lick. The mixture exudes something both sweet and uneasy as Nguyen unfolds her haunting history with the opening lines, “I lost my city in the light of day/ Thick smoke, helicopter blades, heaven and earth/ I’ve never moved so fast.”

Following the full album release, Nguyen and her band will be heading out on a lengthy run of North American tour dates. Performances kick off on June 17th in Tacoma, Washington before moving down the West Coast through Portland, Los Angeles, and San Francisco. Further stops include Chicago, Nashville, Cincinnati, Toronto, Boston, New York, Atlanta, Houston, Dallas, and Oklahoma City, closing out on August 11th in Salt Lake City.

Tickets go on sale starting Friday, March 13th via Ticketmaster, after which you can check here.

Pre-orders for Temple, including pale-pink vinyl offerings, are up and running now. If you’re looking for some extra special merch, there’s also a limited edition “Temple Food Desert Kit,” which involves chè, a tri-colored rice pudding with toasted coconut and cashews. The dish is prepared by chef Diep Tran, and proceeds from the delicious kits go to Alma Backyard Farms, a non-profit focused on urban farming and creating new opportunities for formerly incarcerated people and disenfranchised communities in the LA area.

Check out Thao & The Get Down Stay Down’s full tour itinerary below, along with the Temple album artwork and tracklist. 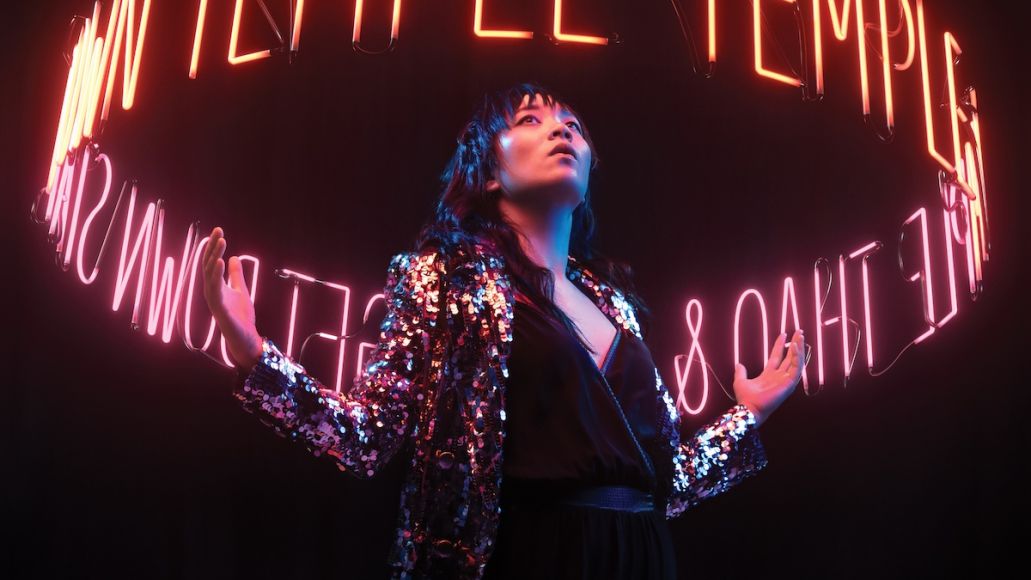 Thao & The Get Down Stay Down Announce New Album Temple, Tour Dates