Update – March 24th: The Pretenders’ new album, Hate For Sale, has been postponed until July 17th due to the coronavirus pandemic.

The Pretenders have announced a new album, Hate for Sale. Due out May 1st via BMG, the full-length is being previewed with the lead single “The Buzz”.

What’s more, Hate for Sale marks the first time Hynde has written collaboratively with Walbourne. “I wanted to write with him since day one. James is especially sought after and has recorded with Jerry Lee Lewis, Dave Gahan, and The Rails, to name but a few,” Hynde said in a statement. “We always planned on writing while on the road, but as anyone in a band will tell you, being on tour is a procrastinator’s dream come true.”

Pre-orders for Hate for Sale are available now. The Pretenders have plans for a huge arena tour alongside Journey this summer, and you can find tickets here. 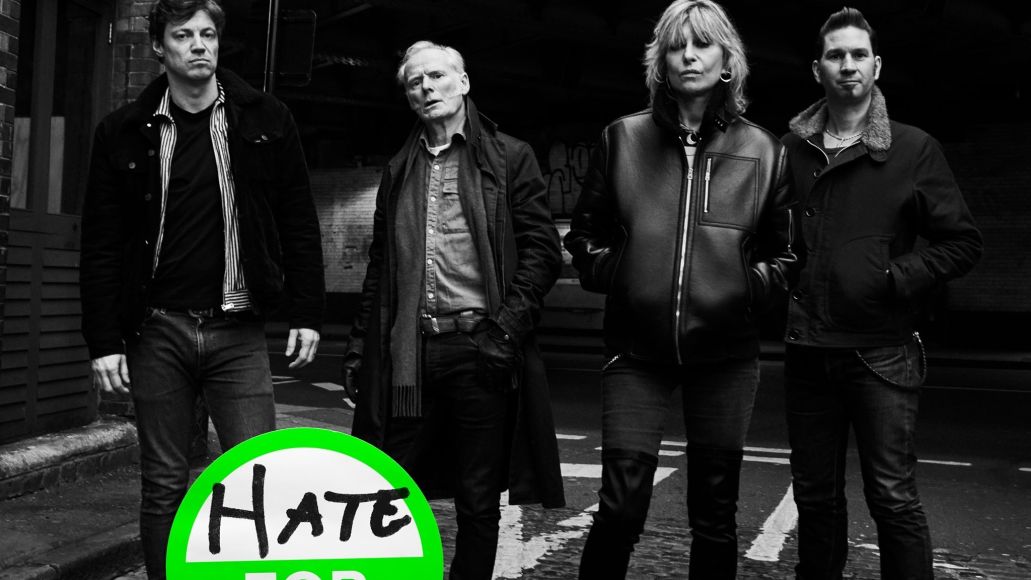