Alestorm will set sail on the high seas of heavy metal once again. The pirate-themed band is releasing a new album, Curse of the Crystal Coconut this spring, and has shared the music video for lead single “Treasure Chest Party Quest”.

The self-described “pirate metal drinking crew” take the triumphant riffing of power metal to swashbuckling extremes… with tongues firmly in cheeks. The wacky video “Treasure Chest Party Quest” is as eccentric as Alestorm themselves, as the band trades its customary buccaneer costumes for tracksuits and sportscars in a deliberate effort to eschew its typical image.

“Oh wow! We tried our very best to make a video that would alienate as many of our fans as possible,” Alestorm said in a press release. “I think we succeeded! This song is about giving birth to yourself, selling out, and driving awful Yugoslavian cars. All the classic elements of pirate metal!”

The band’s hardcore seafaring fans need not worry about Alestorm abandoning their pirate roots. In addition to the standard 11-track album, Alestorm are releasing a deluxe version of Curse of the Crystal Coconut featuring 16th-century sea shanty interpretations of the songs.

As of now, the band is slated to play a series of festival dates across Europe this summer in support of the new album. See those dates below.

Curse of the Crystal Coconut arrives May 29th, and is available for pre-order via Napalm Records and Amazon. Watch the video for “Treasure Chest Party Quest” and see the album artwork and tracklist below.

Curse of the Crystal Coconut Artwork: 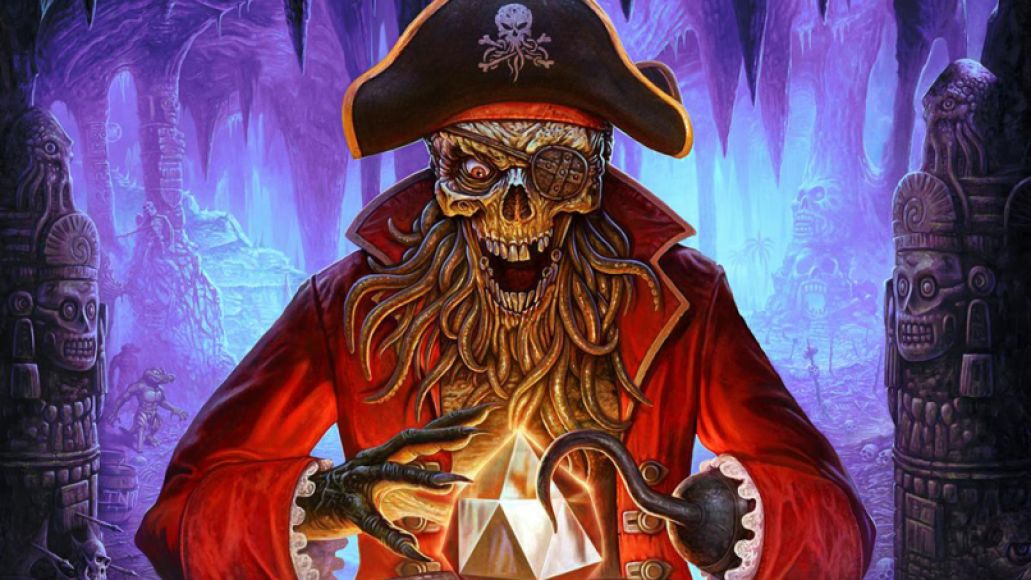