As any Aphex Twin fan will tell you, the elusive producer likes to keep his listeners on their toes. After more than a decade of near-silence, Richard D. James returned in 2014 with comeback album SYRO, as well as a treasure trove of recordings shared on his secret SoundCloud. He’s following that same pattern again now, reactivating that SoundCloud account (user1808197) out of the blue with the release of six new songs.

The tracks are titled “qu 1″, “Tha2 [world scam mix]”, “s8v1 [brooklyn]”, “tha2″, “prememory100N pt2″, and “m11st lon”. All are fairly ambient and melodic in nature, a far cry from his sometimes jarring aesthetics and the mind-bending chaos of his live shows.

“qu 1” is particularly gorgeous, as it’s kept afloat by soft and meditative barely-there synths. As Resident Advisor points out, its mp3 file includes a note that reads, “See you on the other side, dad.” Earlier this month, James briefly changed his SoundCloud bio (seen below) in order to mourn his father’s passing. “Huge heartfelt condolences to anyone grieving right now, I lost my father recently and it’s been really tough, it was not related to C19 [COVID-19],” he wrote.

Aphex Twin’s last official release came with his remarkable Collapse EP from 2018. This past November, Warp Records released Peel Session 2, one of only two radio sessions ever recorded by the producer. 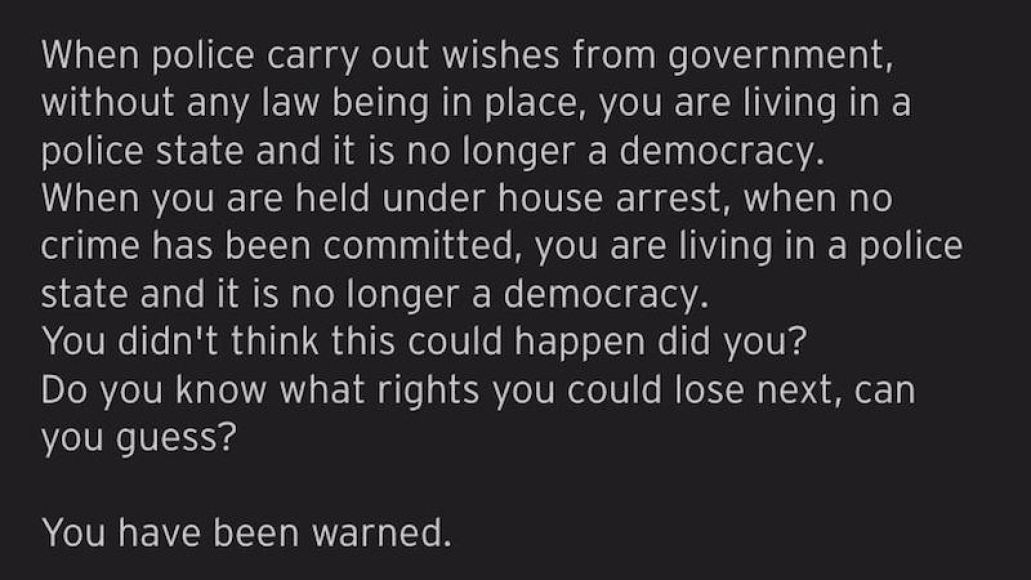