It also marks the integration of guitar into Bell Witch’s typical bass-drum format, recalling Ulver’s pivot to a folk treatment on 1996’s Kveldssanger. The Longing track and Moggridge’s first song with Bell Witch, “Row of Endless Waves” — a chilling dirge of sorrow that has resonated with bassist Dylan Desmond over the years — served as the guide for Stygian Bough Volume 1. The album’s title and subject matter was inspired by Sir James George Frazer’s 19th century study of mythology and religion, The Golden Bough.

“They presented that song [“Rows (of Endless Waves)”] to me in a mostly instrumental form with the idea that it’s about a ghost trapped on rows of waves that can’t reach the land,” Moggridge said in a press release. “I ran with this idea and started to think of the ghost of a king who, if he reached land could be reborn and rule again. The king is also a larger metaphor for humanity who rules over the planet and other species. On this new album, our ghost upon the waves flees not towards the land but towards death. The narrative, as much as it exists, is loose and not linear and definitely stream of consciousness. There are cyclical and spherical qualities to the journey where death, desolation, and the spirit are reflected in myriad ways.”

The album was recorded by Randall Dunn at the legendary grunge studio Avast in Seattle and mastered by Bob Weston in Chicago. Bell Witch and Aerial Ruin plan to tour in support of the LP “when it’s safe to do so.” 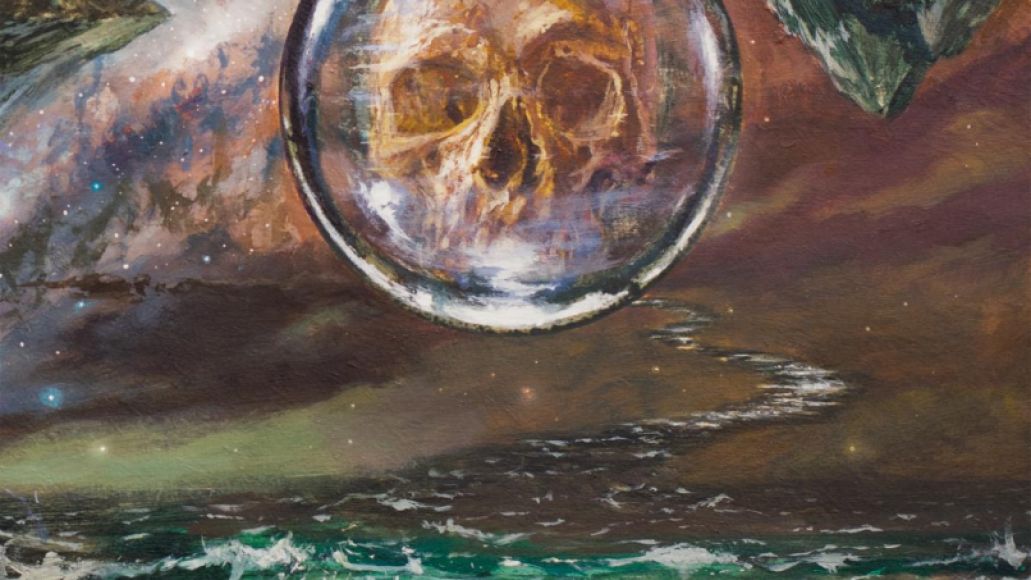