There may be no timeline for when this will pandemic end, but Dolly Parton is sure of one thing: She won’t let her beloved fans go through it alone. Last month, the country music legend launched “Goodnight with Dolly”, a weekly YouTube series in which she reads children’s books for young ones cooped up indoors. Now, Parton has offered up perhaps the ultimate gift: 93 songs now available to stream on digital platforms.

The massive drop consists of six full classic albums (!) that were previously not on streaming services like Spotify and Apple Music. These include Little Sparrow from 2001, Halos & Horns from 2002, and 2003’s For God & Country. Also available to listeners is 2004’s Live & Well, a live album recorded at her very own famed Dollywood theme park in Tennessee, as well as guest-heavy covers album Those Were the Days from 2005 and 2011’s Better Day.

Parton notably re-released Halos & Horns track “Hello God” back in 2002, “as a prayer response to the terror attacks” of 9/11. The 10-time Grammy winner has added the song to online services once more “with the hope that it would again bring healing and help.” Given these unprecedented times, the “Hello God” lyrics feel especially apt,

“Hello, God? Can you grant us love enough to make amends? Hello, God? Is there still a chance that we could start again? Can you help me go the distance? Hello God?”

Stream all six albums below. For more Parton goodness, head over to her Facebook for some entertaining poetry and then to her Instagram for lighthearted photos. 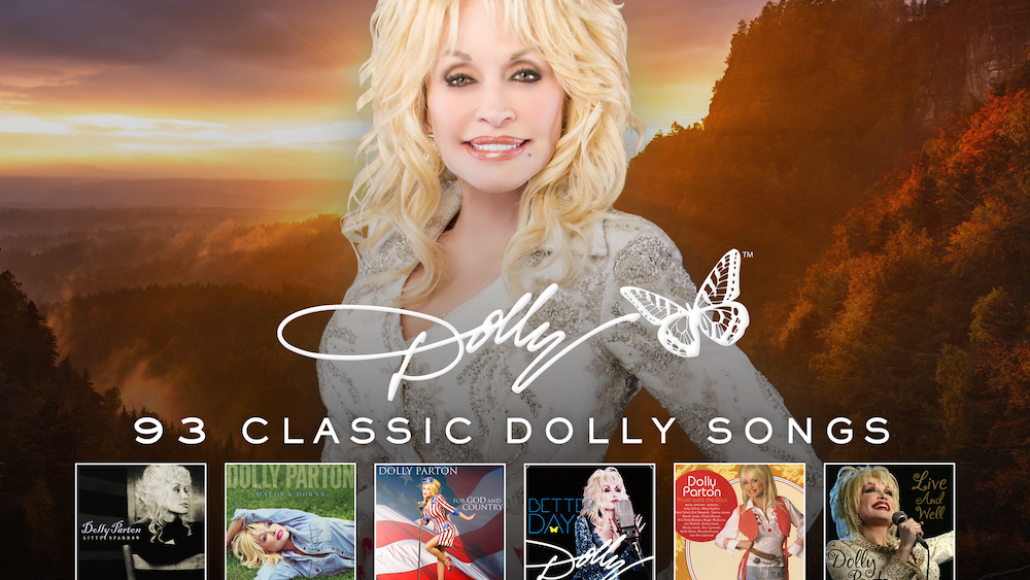