The Pitch: The Beastie Boys — one of the most influential hip-hop groups of all time — disbanded after the tragic death of Adam Yauch in 2012. But their legacy lives on, not just in their infectious discography and innovative Spike Jonze-directed music videos, but in their irreverent, off-the-wall sense of humor. At its heart, the Beastie Boys were just three goofy kids from New York City who injected the raucous rebellion of punk to the hip-hop scene and changed music (and their friendships) forever.

“Teleprompter? I Didn’t Even Notice!” Before COVID-19 effectively knocked out the theatrical film scene for the summer of 2020, Beastie Boys Story was set to premiere in IMAX theaters in early April, and it’s an unexpectedly smart choice for that kind of venue. Styled as a “live documentary,” Beastie Boys Story feels more like an avant-garde comedy special or a particularly cool TED Talk than a traditional doc. For all two hours, it’s just Michael Diamond (aka Mike D), Adam Horovitz (aka Ad-Rock), a malfunctioning teleprompter, and a packed theater, as they tell their story, accompanied by the sights and songs of the Beastie Boys.

It’s a bit weird at first to see the story of one of hip-hop’s most genre-bending bands, told by a filmmaker who helped them redefine the music video, stage a straightforward lecture piece instead of something grander and more formally ambitious. But the first time you see Ad-Rock and Mike D step out on stage, two middle-aged men in fitted Dockers and single-colored sweatshirts, you can tell this is going to be a moment of introspection, and Jonze wants to keep it simple. Heaps of archival photos and footage project behind them as they speak, highlighting this divide between the reckless boys they were and the mature, settled adults they’ve become.

Well, not too mature; the two still have charming chemistry as they rib each other on stage, and Jonze throws a few wrenches in the works on occasion to keep things fresh — like tossing beer bottles at them when they talk about some of their more uproarious live gigs. Long-winded chapter titles divide their presentation (“Earlier We Had Mentioned a Song That We Thought Had Changed Everything. And It Had, In A Way. But This is Actually the Song That Changed Everything”), and they’re never shy about letting each other know when they’ve messed up the teleprompter speech. 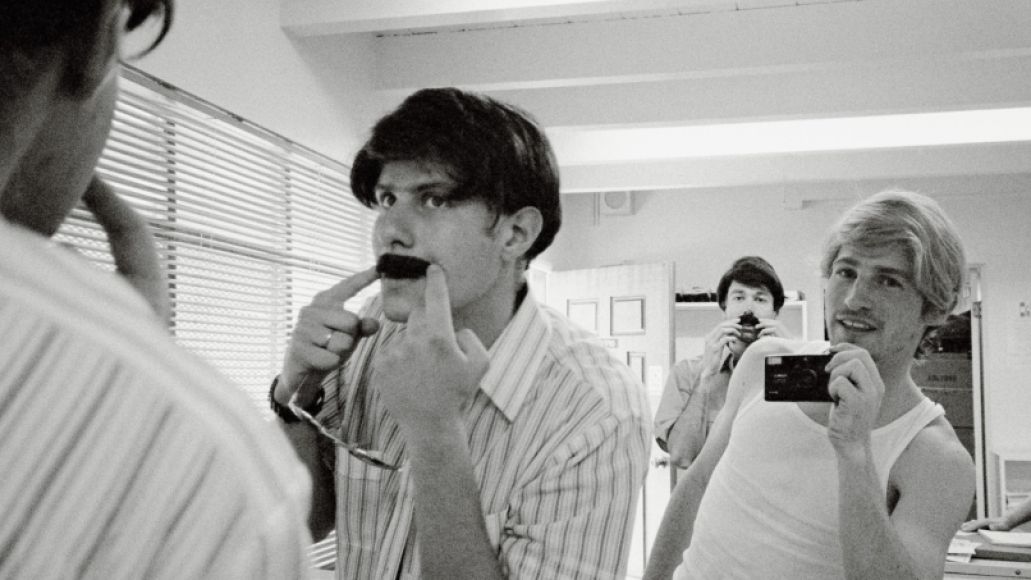 Spike, Mike, Slackers and Mics: It’s hard to overstate the impact that the Beastie Boys had on the music scene in the ’80s and ’90s, and Story tries to cover as much of that impact as possible, from their time with Def Jam Records to the origins of iconic songs like “Hold It Now” and “Sabotage”. You see clips of them palling around with Run DMC and Jazzy Jay, opening for Madonna, and knowingly cringe-worthy interviews with Don Cornelius. It’s refreshing, albeit a bit self-mythologizing, to see them talking about the ways their constant push for creative freedom allowed them to experiment and create brand new sounds. “Fucking around was our creative process,” Mike D says. They look back on their early days with Rick Rubin and Russell Simmons as a time of killer career potential stifled by outside influence, while their independence on Paul’s Boutique led them to the greatest creative heights of their career (though no one appreciated it at the time).

But Beastie Boys Story is a retrospective on the three boys’ friendship as much as their music career, the two consistently looking back on their victories and, most importantly, their mistakes. Early on, they make note of their old friend Kate Schellebnach, drummer and early member of the Beastie Boys, who was unceremoniously forced out of the band Pete Best-style as they refined their group dynamic and dove deeper into the male-dominated world of hip-hop. It’s a moment that’s still pretty sugarcoated, but it’s refreshing to see them look back on that decision with no small amount of shame. As much as they changed the music landscape, the music landscape changed them too, and not always for the better.

Yauch-logy: But the figure who looms largest in the documentary, of course, is Yauch, particularly as Beastie Boys Story spends its final act allowing Mike D and Ad-Rock to pay tribute to their dear friend and all they loved about him. Both Jonze and the remaining Boys skip no opportunity to pause and reflect on some of Yauch’s greatest contributions to the group (the bass riff on which they build “Sabotage”, his off-kilter publicity stunts in lederhosen) and their friendship (arguing that he was, essentially, the one who motivated them to turn their goof-offs into a music career). They still tear up when talking about him, handing the mic off to each other as they struggle to get the next words out. It’s remarkably earnest and reflective, which is where Jonze’s less flashy presentation proves a smart decision. This is the Beastie Boys at their most mature, stripped-down, and vulnerable.

The Verdict: “I’d rather be a hypocrite than the same person forever,” Ad-Rock recalls Yauch once saying. It’s a sentiment that crystallizes the Boys’ story as told here, as rebellious punk kids who became famous overnight, grew too ambitious, then had to center themselves and mature their sound to reallty discover who they are. And the key to that, as Ad-Rock and Mike D emphasize, was their deep, loving friendship, which Jonze makes palpable in both present and past.

To be sure, the concept of Spike Jonze directing a Beastie Boys documentary conjures up flashier results than this. But taking it for what it is, Beastie Boys Story remains an entertaining, insightful, and unexpectedly fun look back at three of hip-hop’s most iconic voices. It may not blow your ears off with the speaker-popping energy of “Sabotage” or “Intergalactic”, but it serves as a charming yet sobering reminder to treasure the verve and energy of youth, and to value the friends you spend it with.