The Pitch: At Red Crow Reserve, Sheriff Traylor (Michael Greyeyes) is suddenly up to his neck in trouble. His son Joseph (Forrest Goodluck) is in the drunk tank with local hood Lysol (Kiowa Gordon) after a night of vile carousing, all while his white girlfriend Charlie (Olivia Scriven) is pregnant. He can’t see to this because his ornery dad (Stonehorse Lone Goeman) keeps trying to call with indecipherable news about the fish he caught and gutted that’s also flopping around like it never died. It only takes a full day before he realizes what’s going on — per the old saying, “When there’s no more room in hell, the dead will walk the earth.” The hitch is a nifty one: Anyone with native blood is immune to the spread of the zombie plague, though, of course, nobody’s immune to having their guts pulled out of their body.

Come and Get Your Blood: To a certain filmgoer (me), Blood Quantum has the appeal of a ’70s disaster film in one crucial way: it has every hot North American First Nation actor not named Lily Gladstone in the cast. Greyeyes (also of Home Before Dark), Goodluck (The Miseducation of Cameron Post), Gordon (Red Road) Brandon Oakes (Through Black Spruce), Gary Farmer (Dead Man), William Belleau (Frontier), Devery Jacobs (Rhymes for Young Ghouls), and Elle-Máijá Tailfeathers (The Body Remembers When The World Broke Open) represent many generations of native talent, and to have them all collected in one place is a real embarrassment of riches.

Director Jeff Barnaby, whose grimy debut feature Rhymes for Young Ghouls created a small but insistent stir a few years back, knows just how many native actors are out there in need of work this meaty and fun. Not every story of the abused and neglected tribes all over the country has to be just about suffering. That’s what makes Blood Quantum an important step for native filmmaking: It’s a successful and frequently fun horror movie, and what’s more, a thought-provoking missive that turns old paradigms about whites and native relations on their head. 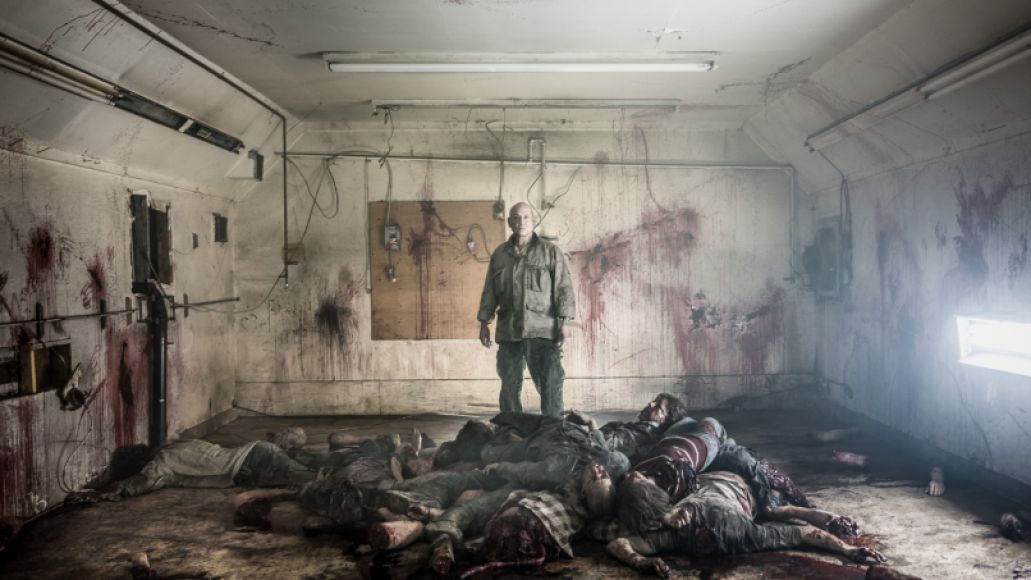 Rumble: Barnaby’s narrative ideas are as quizzically radical as his bloody punk aesthetic. He splits the film in third, showing first the spread of the zombie plague, and then jumping forward six months in time to see how Red Crow has survived. It’s a pretty bleak prognosis, which is refreshing considering the direction he could have taken, but also looks like a kind of wake up call about political survival tactics in the 21st century. Barnaby likely didn’t imagine that his film would accidentally mirror the decision that everyone remotely to the left in America would have to make during a primary season literally interrupted by a plague, but good and unapologetic art tends to find a way into our waking life.

Barnaby’s central struggle isn’t between the living and the dead, but whether to let old hatreds die even if they’re fully justified. The film will go so far as to admit that a small scale genocide is the wrong direction to take during a crisis, but its dueling ideas about the survival of Red Crow is more muddy. There’s a pretty palpable sense that no one was quite prepared for the full leadership of the community and their idea of a democracy doesn’t work very well, either. Do they owe anyone help or safety after the way they’ve been treated for hundreds and hundreds of years?

Perhaps the most shocking idea in all of this is the idea that natives are finally the ones with the power to destroy or rebuild society ruined by white people. Would you do the responsible thing if given that power or try to restore a world to a place that better helps you and your people above all others? That a zombie film is asking these questions when very little other art is? A welcome addition to the list of things 2020 has given us to think about we’d be wise not to ignore. 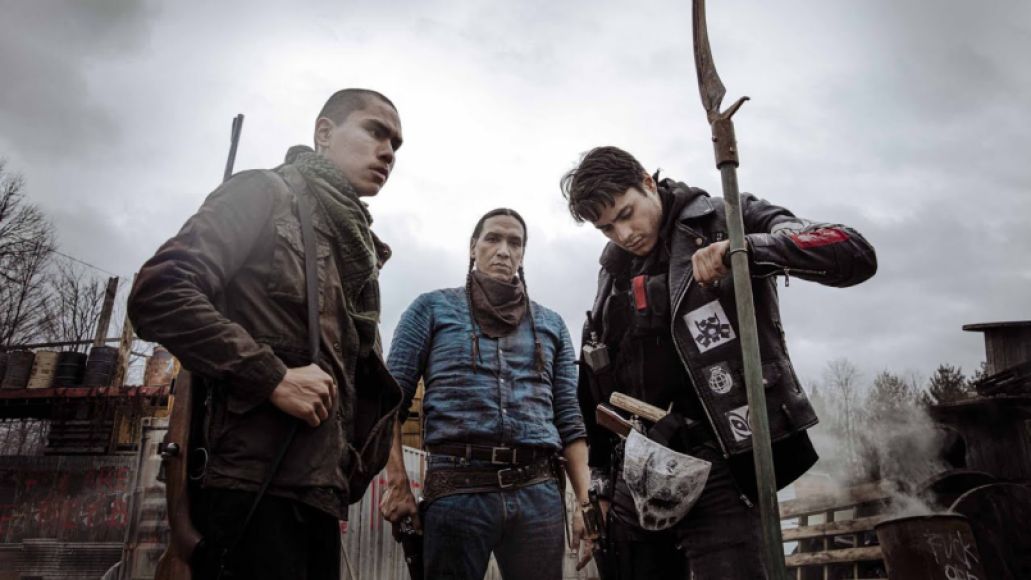 Yeah They’re Dead, They’re All Messed Up: Barnaby doesn’t play around too much with what we know about zombies and zombie movies, and takes for granted that we’ve seen the canon. Rhymes For Young Ghouls played around more (to its comparative detriment) with our cultural digestion of pop culture, but this one just dives in, giving us the prologue not to establish its zombie bonafides but to introduce us to the cast of characters and then play a neat trick when it looks to have killed off the most important characters.

Barnaby looks to be auditioning to make the Canadian Mad Max when quarantine ends and I’m crossing my fingers that he gets the job. He has a great sense of how to use music, how to set dress and design characters, and how to take the image of the contemporary native and refashion it as a statement rather than simply a product of an abusive dominant culture. Native North Americans have been treated worse than just about any group on the continent (and I don’t think I need to remind anyone how stiff the competition has been), and even now, tribal lands are disproportionately affected by Covid-19.

Blood Quantum has age-old questions about retribution and responsibility on its mind, but it’s disturbingly relevant beneath the gore.

Verdict: A lot of people are going to judge the film based on its success as a horror movie, and others will judge it as a political statement. Not that I think there’s a deficiency in any part of its personality, but I also think the panache with which it is both of those things and more — without looking to the history of genre or the future of civil rights for permission to say some pretty bold stuff — is why the film is a success. I haven’t stopped thinking about this movie and what it hopefully portends for native filmmaking. We deserve a goodly sum of movies like this every year, just as native artists deserve the resources to make them (finally). See this movie, talk about this movie, and get ready for what’s next.

Where’s It Playing? Exclusively on Shudder!