To celebrate the one-year anniversary of Flamagra, Flying Lotus has announced a new album called Flamagra (Instrumentals). The record will feature the original mixes from his 2019 full-length in a new, intimate perspective. It’s due out May 29th via Warp. In anticipation, he’s shared the instrumental version of his single “Black Balloons Reprise”.

After collaborating on new records by everyone from Danny Brown to Thundercat last year, it’s only fair that Flying Lotus gets to polish off his own work from that same stretch. In a press release, the Los Angeles producer and multi-instrumentalist said he hopes to use Flamagra (Instrumentals) to highlight the arrangements, electronics, and musicianship behind one of the best albums of 2019.

As usual, Flying Lotus is manning the keyboards and machines on this album with his trademark style. But these instrumental renditions will be a nice way to focus on the star-studded list of musicians backing him, too, including Thundercat, Herbie Hancock, Robert Glasper, Miguel Atwood-Ferguson, Brandon Coleman, Justin Brown, Dennis Hamm, Taylor Graves, Ronald Bruner, and Deantoni Parks.

Get an idea of what these stripped-back versions sound like with “Black Balloons Reprise (Instrumental)”. Whereas the original track focuses on Denzel Curry’s brass, hypnotic flow — not to mention the track’s surreal nod to Mac Miller in the music video — this instrumental version draws out the metallic warmth of Flying Lotus’ creative percussive sounds as well as those sultry woodwind parts in the background. Stream it here, or below.

Pre-orders for the instrumentals version of Flamagra are currently ongoing and feature some pretty absurd (and on-brand) vinyl surprises.

Check out the album artwork and tracklist after the jump. 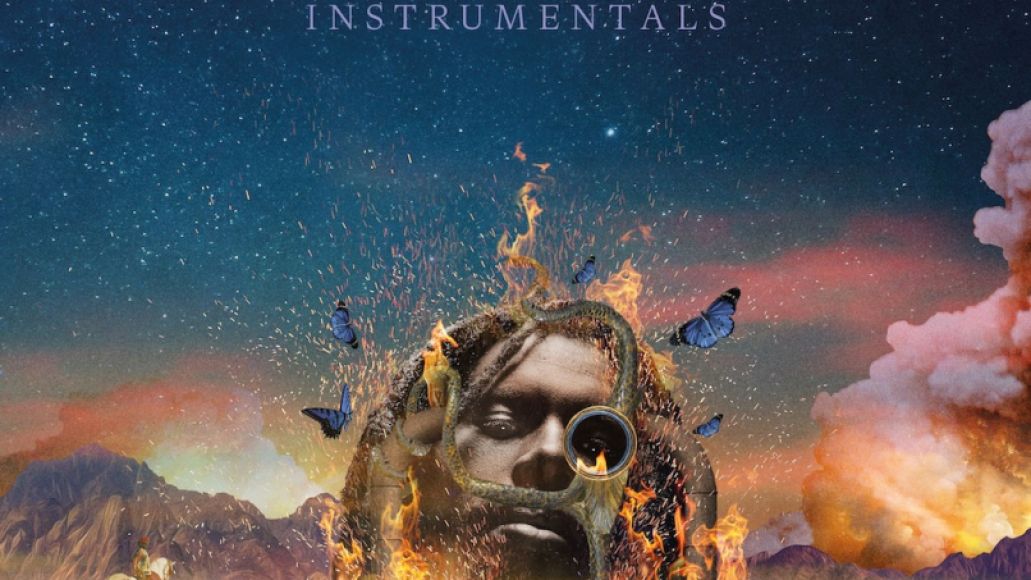