John Carpenter is back in Antarctica. The legendary filmmaker and composer has teamed up with Sacred Bones and Waxwork Records to release Lost Cues: The Thing featuring all of the unreleased musical cues from his 1982 sci-fi classic.

Although the original masters were lost to time, Waxwork and Sacred Bones approached the filmmaker in 2019 about re-recording the tracks for a release. Naturally, he obliged and turned back time with his fellow bandmates Daniel Davies and Cody Carpenter.

“Ennio Morricone composed the magnificent score for my movie The Thing,” Carpenter acknowledged in a statement. “Because we weren’t finished editing the movie, Ennio had to score without seeing a complete picture. When we put everything together, there were gaps dramatically where I would have wanted music. So I went off and scored a couple of simple pieces that filled in.”

Pressed on 180 gram “Arctic Splatter” colored vinyl, the album features new artwork by Phantom City Creative, who previously worked on Waxwork’s reissue of Morricone’s score. Speaking of which, that record is receiving another repress; in fact, Waxwork is offering a package of the two albums that even includes an accompanying snazzy slipcase box.

Pre-orders for the bundle are currently on-going. Below, you can feast your eyes on the artwork and return to Outpost 32 with The Horror Virgin, who previously reviewed Carpenter’s sci-fi stunner. Just don’t forget that bottle of J&B and pay close attention to the dogs. 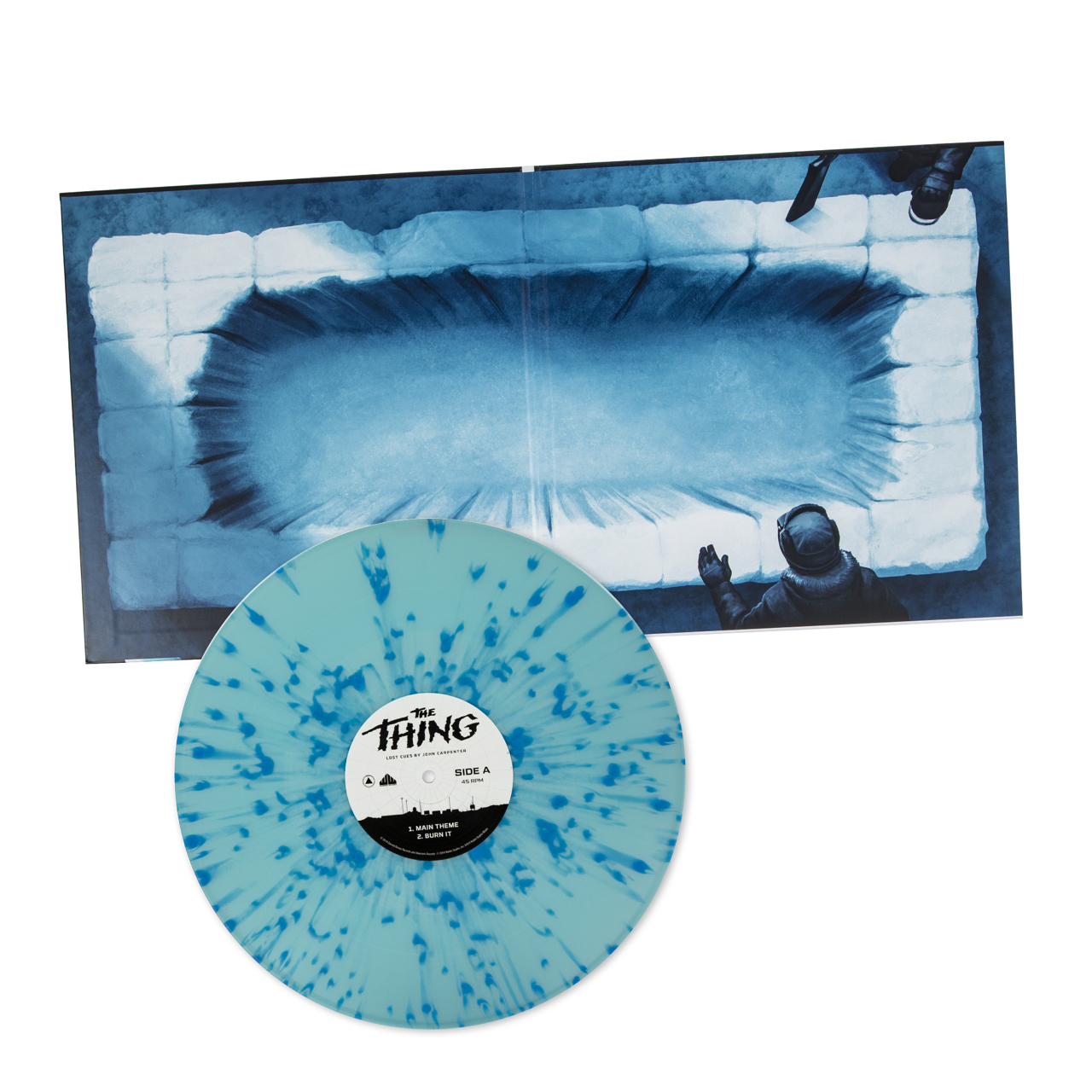 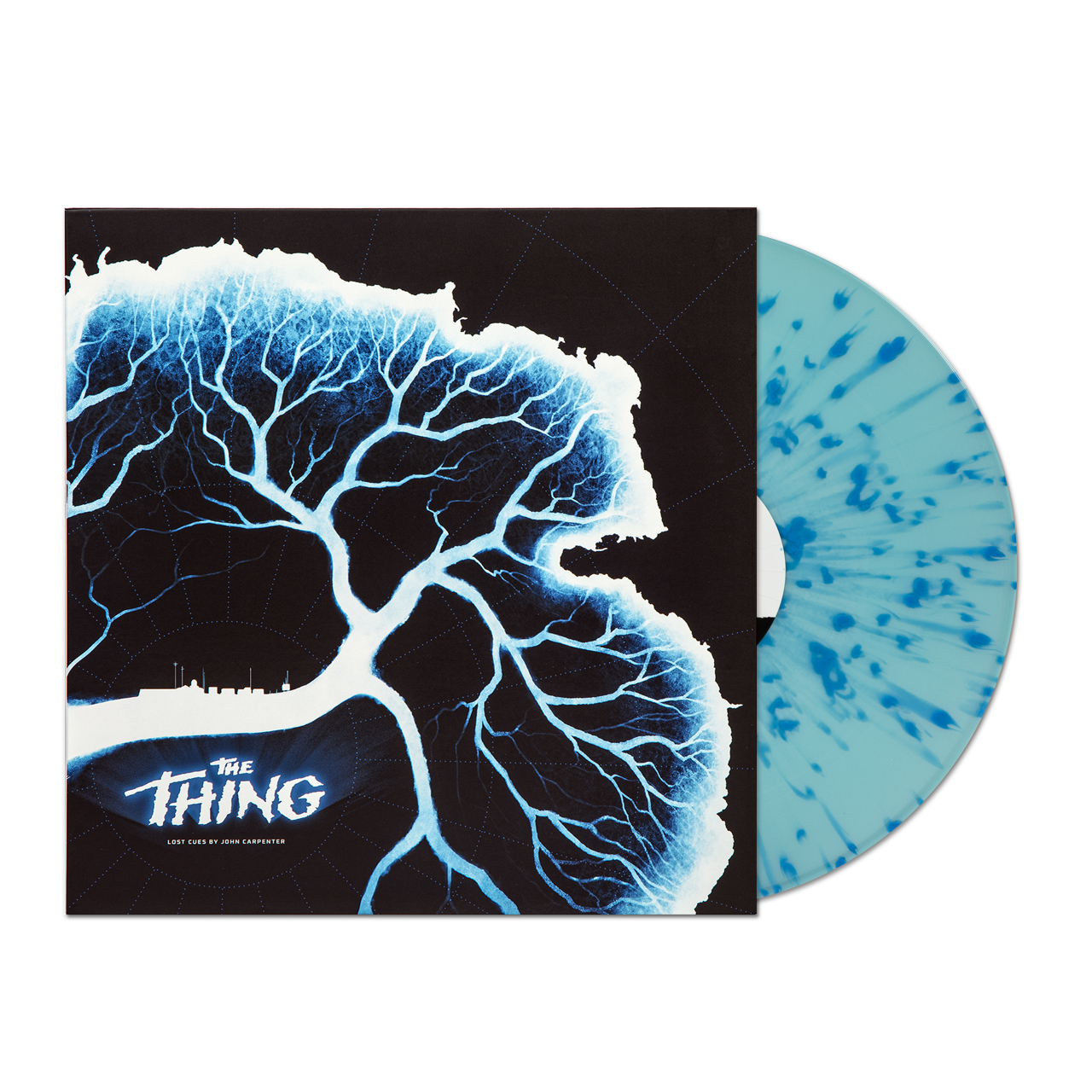 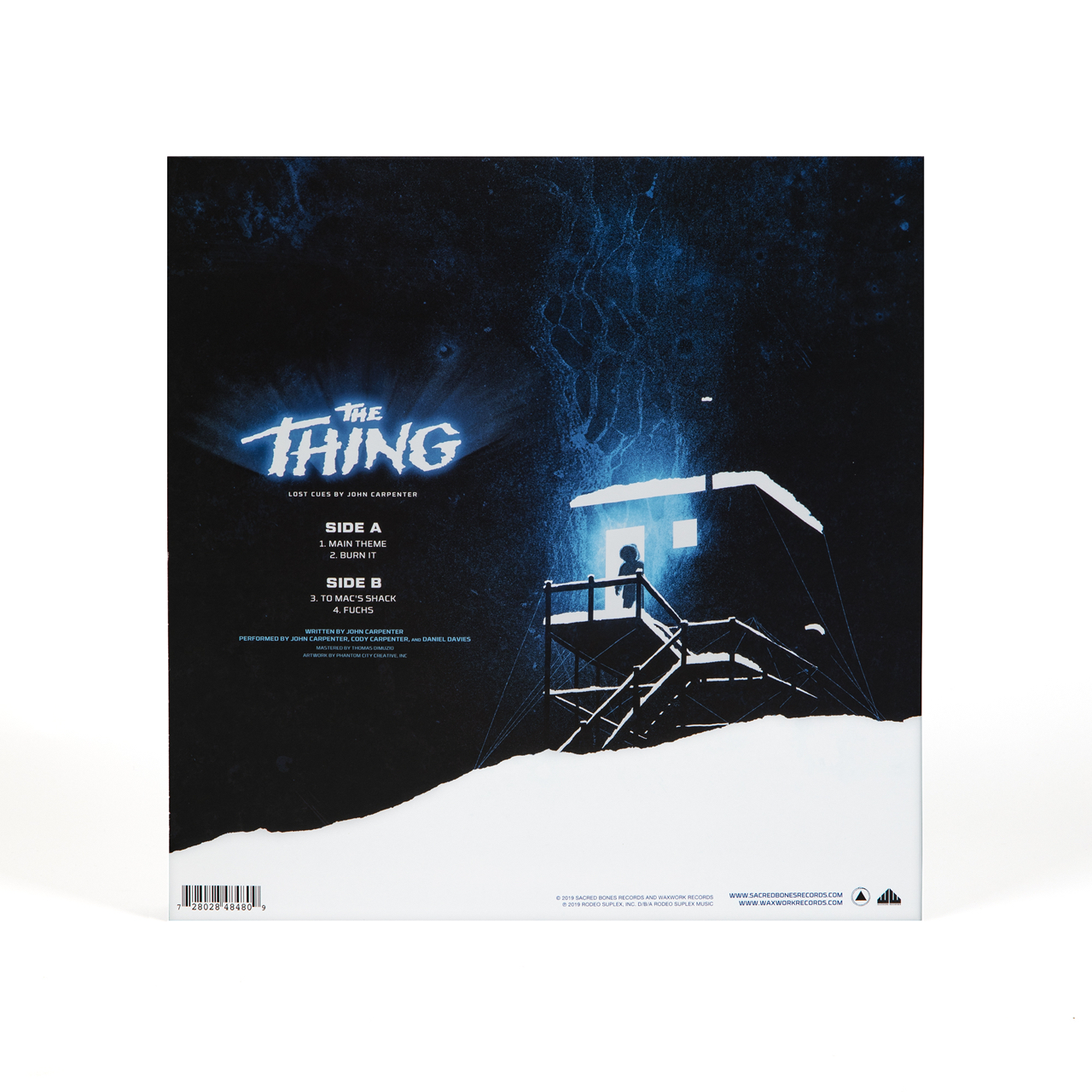 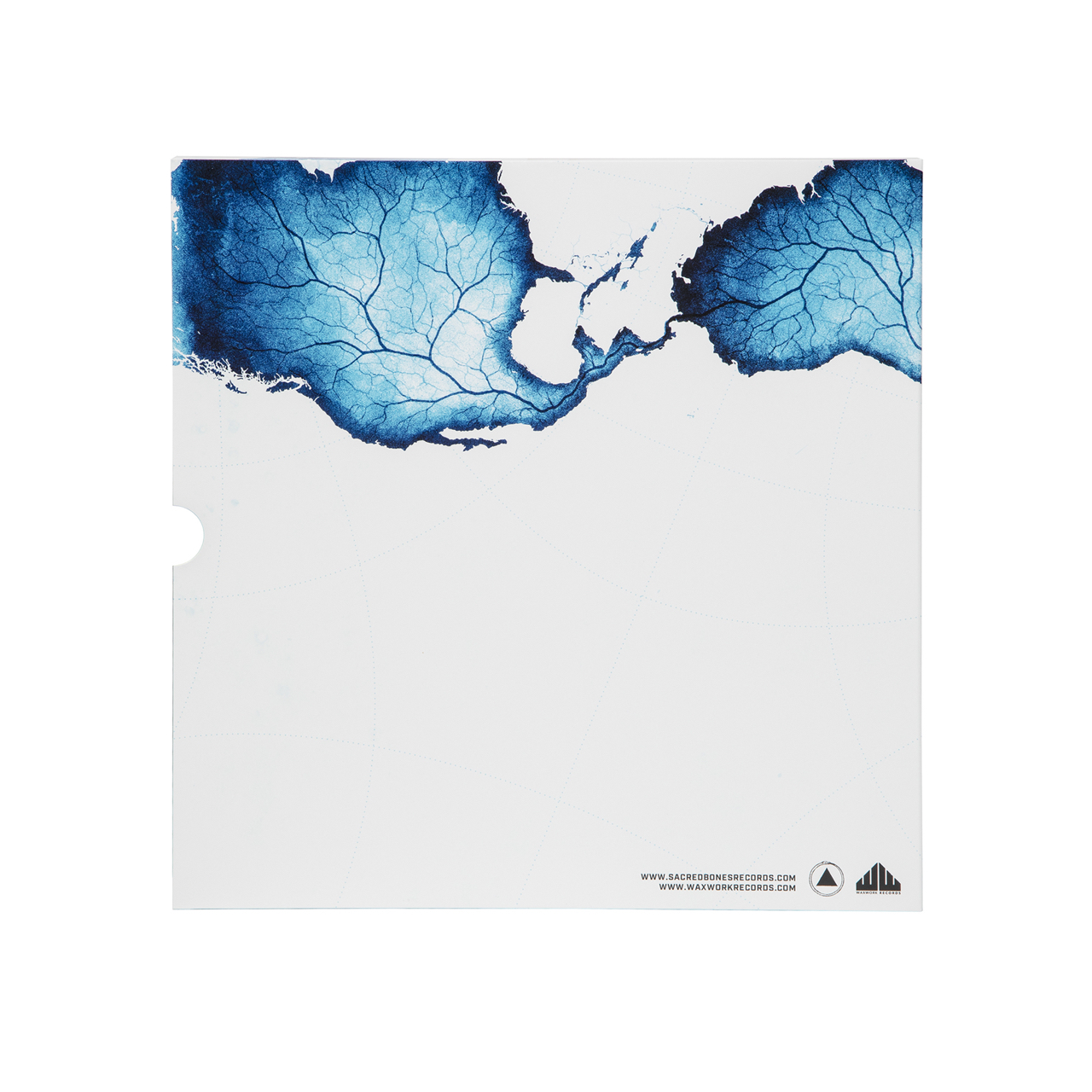 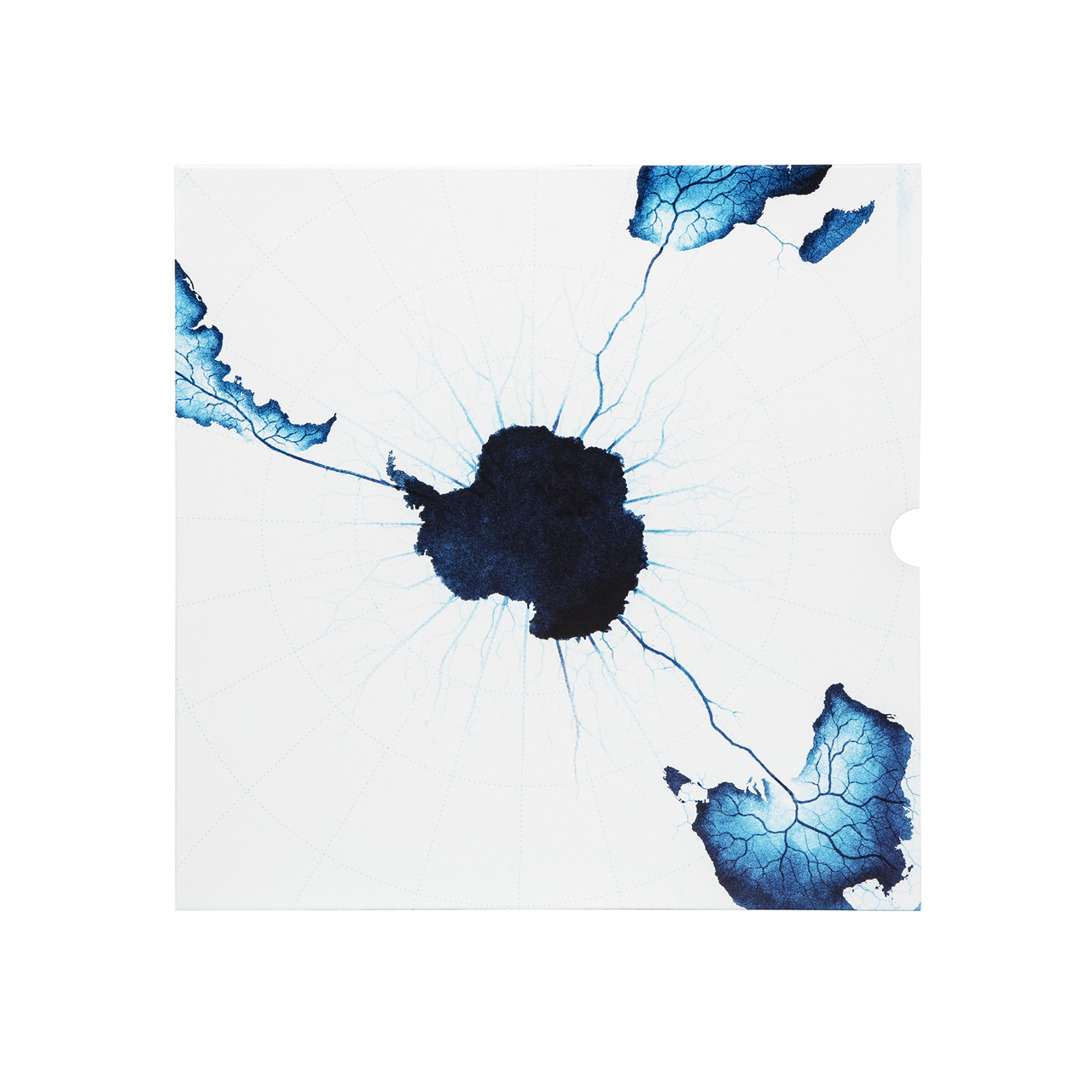 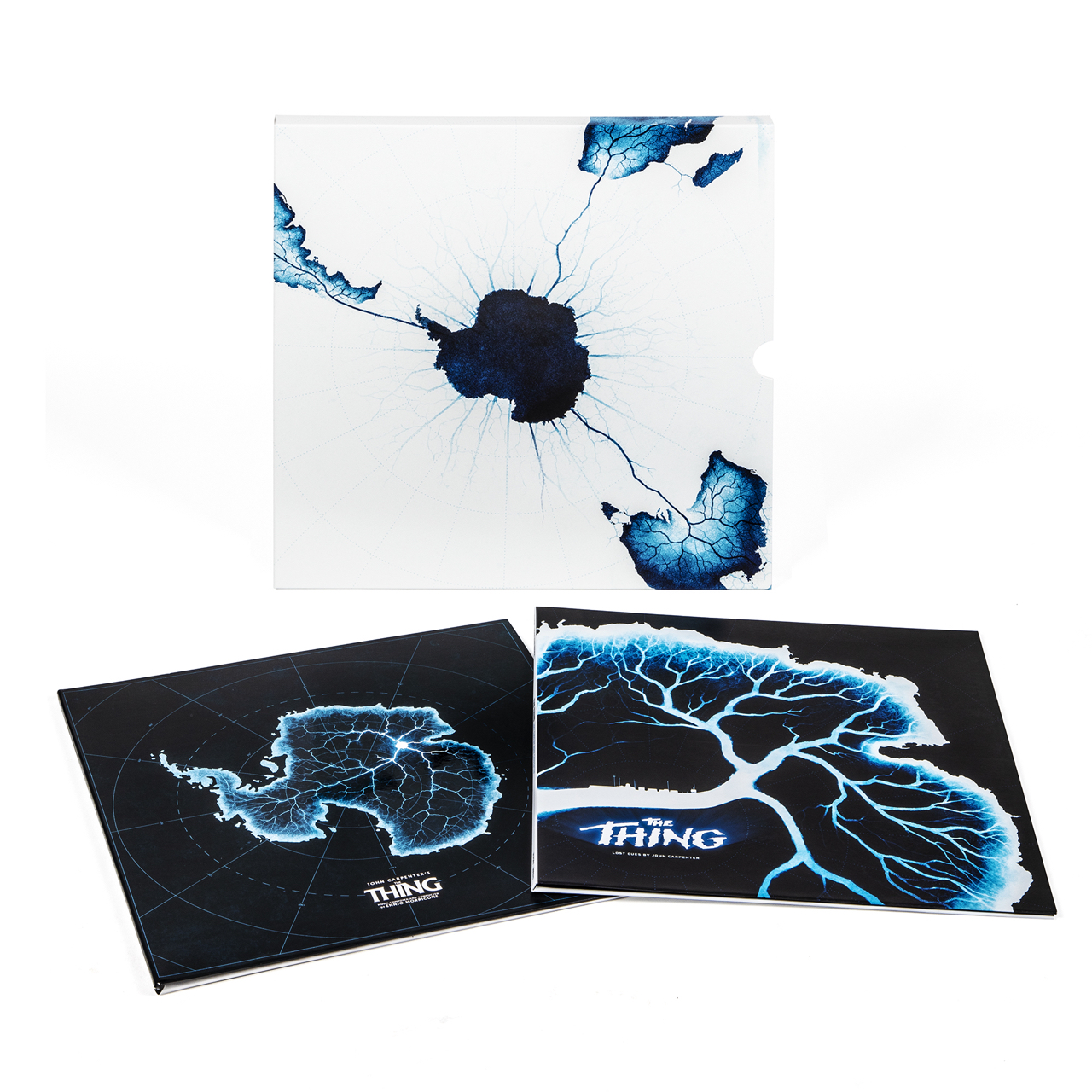