Lamb of God have announced the release of a new non-alcoholic beer dubbed Ghost Walker. The band has teamed up with Scottish craft brewer BrewDog to create the beverage, touted as the world’s first alcohol-free collaboration beer.

The beer is named after Lamb of God’s song “Ghost Walking” from their 2012 album, Resolution. The track was written by frontman Randy Blythe about his journey toward sobriety.

Lamb of God were hoping to debut the beer at the start of their spring European tour, which has been postponed due to the COVID-19 pandemic. Instead, the band and the brewer have made Ghost Walker available online, launching the beer with a live performance of the song “Ghost Walking” filmed at Lamb of God’s February show at the House of Vans in Chicago.

A press release touts the beer’s “hop-forward flavor” in which “tropical aromas harmonize with grassy, pine notes, all sitting on a solid malt baseline.” Ghost Walker contains less than 0.5% alcohol, which, by law, qualifies the beer as non-alcoholic.

“The idea of a collaboration hatched when [guitarist] Willie Adler and I visited a BrewDog bar in Columbus on a tour day off to sample a few pints of their non-alcoholic beer with the brewery team. Countless bands have done beer collaborations, but we are the world’s first non-alcoholic one. In my not-so-humble opinion, this is the best non-alcoholic beer ever made, PERIOD. It was conceived, designed and first tasted while on tour – music drove it into existence. Right now is a strange time for everyone, but we’re stoked to provide a non-alcoholic option for those who want to have a brew while cranking some tunes safely at home. We hope you enjoy our performance and we will see you on the road as soon as possible.”

Once the concert industry is back up and running, Lamb of God plan to make Ghost Walker beer available for purchase at their shows. For now, fans can order the beer directly from the Lamb of God Beer website.

As of now, Lamb of God are scheduled to embark on a massive 55-city co-headlining North American tour with Megadeth. A summer leg is slated to begin June 12th, while a fall leg launches on October 2nd. Tickets are available here.

On May 8th, Lamb of God will release their new self-titled album, featuring the singles “Checkmate” and “Memento Mori”. 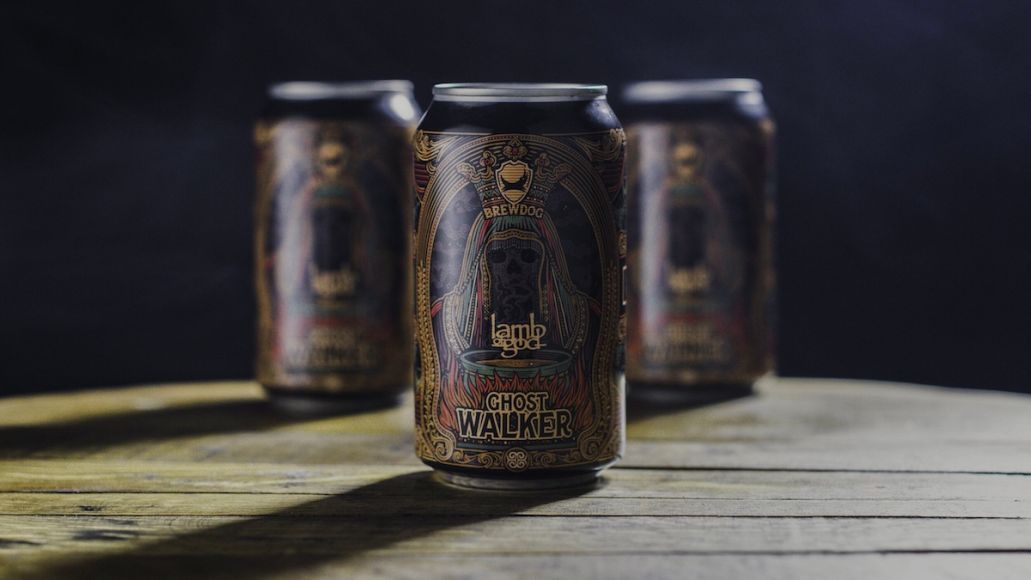