Phish have announced a new album called Sigma Oasis, and fans will be able to hear it in just a matter of hours via a livestreamed listening party.

The band revealed the news Tuesday night during its ongoing series Dinner and a Movie: An Archival Video, as JamBase reports. Per keyboardist Page McConnell, most of Sigma Oasis was recorded over the course of just seven days this past November at frontman Trey Anastasio’s barn in Vermont. He added that engineer Vance Powell put the finishing touches on the new album only last week.

Bassist Mike Gordon likened the dynamics of their recording process to Phish’s own legendary live shows. “To have this mountaintop barn where we can go and have the idea that playing together is best and get in there and do that in a little weird way, it makes it like a show vibe because the chemistry happens,” he explained.

As noted by JamBase, Sigma Oasis takes its name from a solo song Anastasio debuted live back in 2018. Phish later performed their own full-band version of it this past December.

In support of the Big Boat follow-up, the jam band icons have a series of summer tour dates lined up. You can snag concert tickets here. 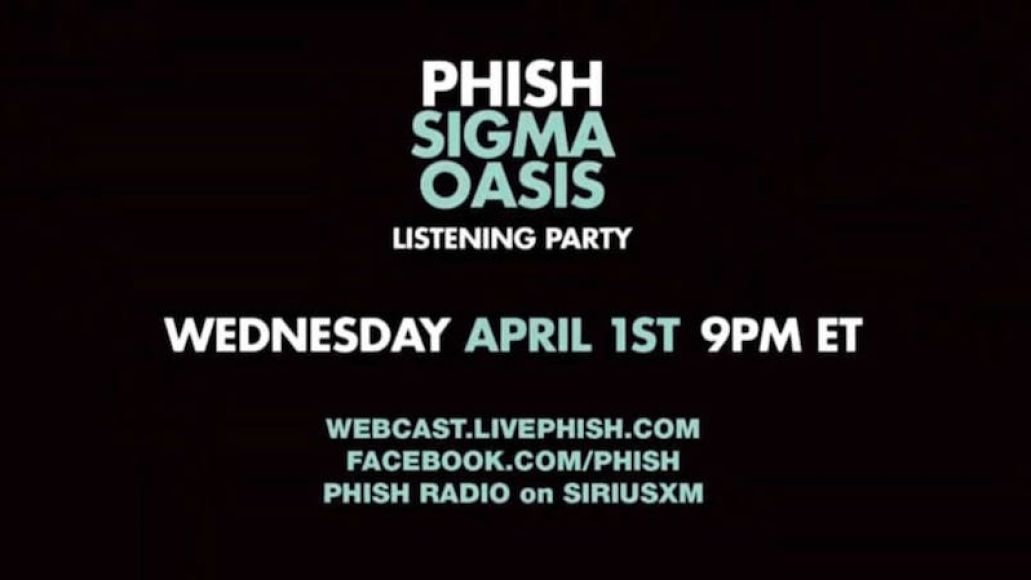