LL Cool J will kick things off with the first show on April 24th, after which fans will be taken to venues around the world to watch a variety of big-name talent. Performances include Cardi B’s 2018 Global Citizen performance from New York’s Central Park, Coldplay’s 2017 show in São Paulo, Green Day’s concert at MTV’s World Stage Seville during the 2019 EMAs, Panic! at the Disco’s 2019 gig at London’s O2 Arena, Weezer’s 2019 Coachella set, Paramore’s 2018 Bonnaroo debut, The Flaming Lips’ The Soft Bulletin 20th anniversary concert at Australia’s Sydney Opera House in 2019, and Nispey Hussle’s Victory Lap album release show at the Hollywood Palladium.

Find the full lineup at the PlayOn webiste, and watch an announcement trailer below. 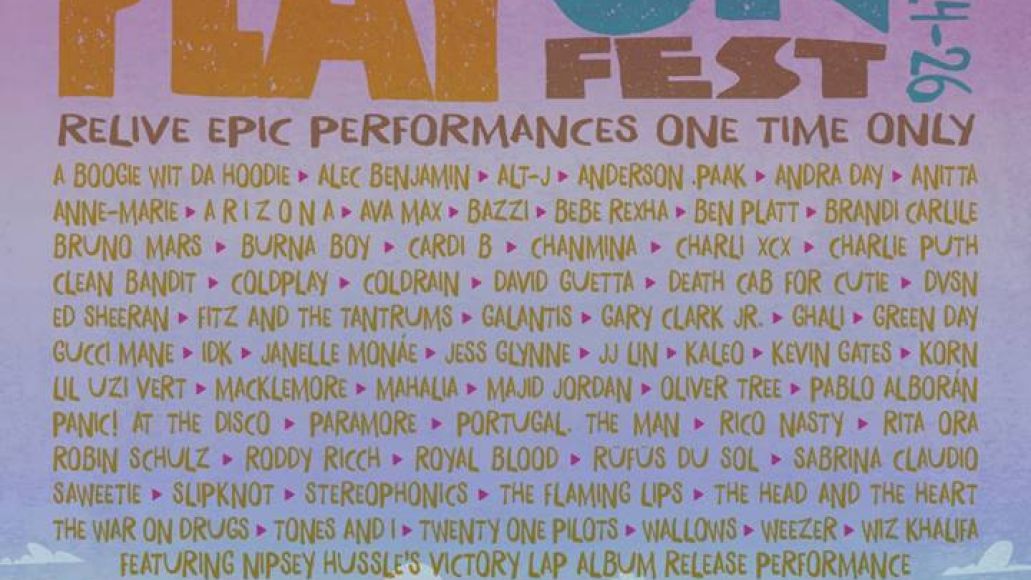 Rare Concert Footage from Cardi B, Green Day, Coldplay to Stream as Part of PlayOn Fest