Rose McGowan is an actress/activist/author/filmmaker who is about to add another backslash to those credentials. McGowan is embarking on a new musical “experience” with the release of her debut album, Planet 9, this Friday, April 24th.

Planet 9 is a collaboration with a variety of (mostly French) producers, including DJ Falcon and the duo Punishment, as well as TV on the Radio’s David Sitek. It’s described as “music for space travel,” and combines electronica and new age into a soothing meditative experience. Well, “meditative yet energizing,” as McGowan describes in a statement, suggesting that you should listen in the dark with your eyes closed and noting, “If you feel like getting up and moving your body, that too is meditation, but make sure lights are off.”

The official press release lists nine tracks, but the last song has no title, no lyrics, may not exist, and is only referenced when McGowan writes that, “The 9th song is yours to create. Yours to live.” Since the album drops this Friday, it seems You had better get busy with that.

The title Planet 9 comes from what McGowan calls the “utopian world in my mind” she invented as a small child. She had forgotten about this intergalactic coping mechanism until a few years ago, when an astronomical discovery brought the memory back. In a press release, she explains,

“Six years ago, astronomers found a new planet they named Planet 9 — it’s the new planet that demoted Pluto to a star [sic]. Holy s! They found my Planet 9! Around the same time, I met some French electronic musicians, and I decided to make music that has the power to lift your spirit. I know this, art heals. Planet 9 takes you on a very special journey. I am not trying to be a pop star, I will not be performing this album. By using my knowledge of cinema sound design, I carefully created the sounds and words for a better place, an unknown world in our own mind that we can all travel to. Planet 9 is an artistic endeavor that I hope will help others meditate in a unique way.”

A Brief History of Musicians-Turned-Filmmakers

McGowan has also shared a two-minute preview of Planet 9, featuring visuals by McGowan herself and clips from the album cuts “Now You’re Here” and “Green Gold”. Check out the teaser below, followed by the LP’s artwork and tracklist.

Last month, serial predator Harvey Weinstein was sentenced to 23 years in prison, thanks in part to McGowan’s efforts to keep his crimes in the news. McGowan was one of Weinstein’s earliest public accusers. In 2018, McGowan claimed she had to sell her home to pay for the legal battle against the disgraced Hollywood producer. 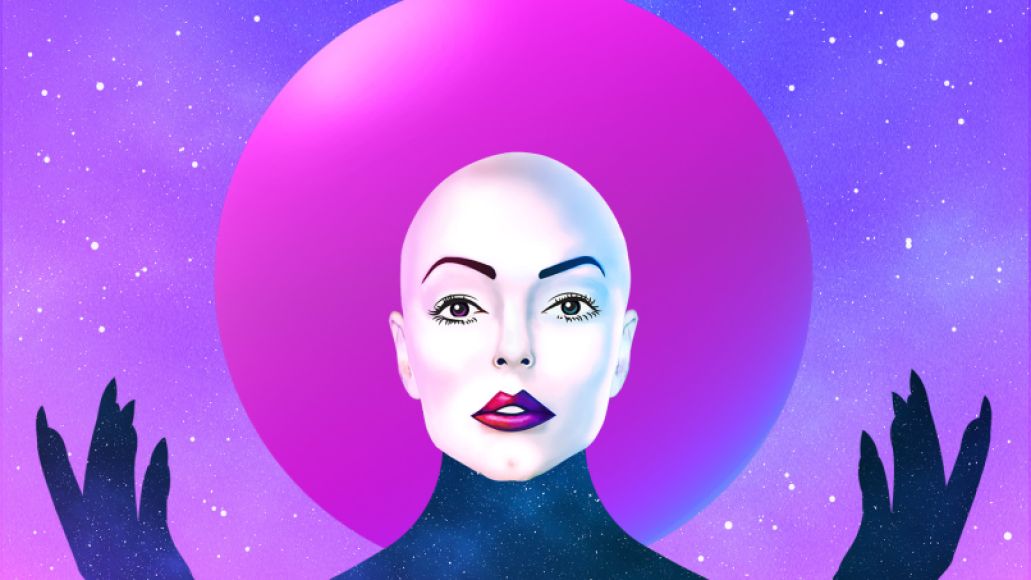