X’s Exene Cervenka, John Doe, Billy Zoom, and DJ Bonebrake recorded five songs for the record back in November 2018 — one of which was a redo of “Delta 88 Nightmare” — with producer Rob Schnapf (Elliott Smith, Beck). In January of this year, they reunited with Schnapf to record seven more songs. And thus, an album was born.

According to The Los Angeles Times, the album was originally due out in August, but the band chose to move up its release due to the COVID-19 crisis. “When your heart is broken, you think every song is about that,” John Doe said in a statement. “These songs were written in the last 18 months and it blows my mind how timely they are. We all want our family, friends and fans to hear our records as soon as it’s finished. This time we could do that. Thanks to Fat Possum and our audience.”

Alphabetland comes with some warped, colorful album artwork, which you can find below alongside the tracklist. As it turns out, that drawing is by none other than Wayne White, the set designer for the legendary Pee-wee’s Playhouse.

Pre-orders for Alphabetland are currently ongoing. In addition to a digital download on Bandcamp, the album is available on CD, black vinyl, and special vinyl variants like green (limited to 500), red (limited to 300), and yellow (limited to 200). The latter two colors have already sold out, so act fast if you’re trying to own a special vinyl version.

The release of Alphabetland coincides with the 40th anniversary of X’s debut album, Los Angeles, this weekend. 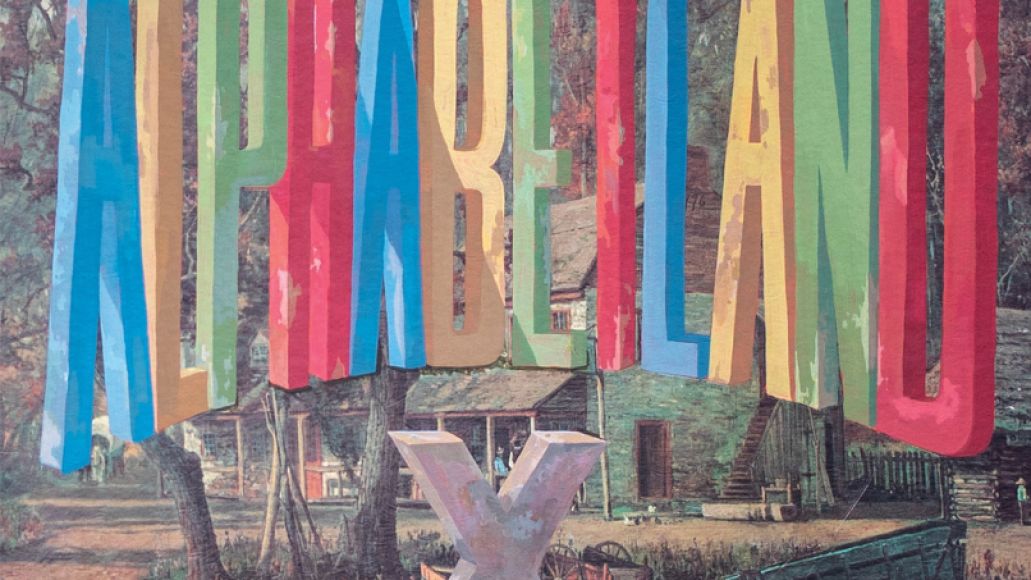