How many passwords do you have across all your streaming accounts? Now, how many of them do you share with family, friends, and loved ones? Probably a lot. Probably most of you. Especially if we’re to believe a new report by by Cordcutting.com, which states that 44 million U.S. adults are using shared passwords for streaming services.

That’s a whole lot of Netflix and chilling for free, and not surprisingly, it’s gone up in 2020 for a couple of networks. For both Netflix and Amazon Prime, the amount of freeloaders have increased by 14.4% and 13.9%, respectively. Though, oddly enough, Hulu has been spared of millions of moochers as they’re seeing a decline of 17.2%.

When those numbers are translated into dollars, you can almost hear the sighs and smell the sweat from the suits at Netflix and Amazon Prime. But especially Netflix, who is missing out on — brace yourselves stockholders — $2,033,074,038 dollars per year. That’s quite a chunk of changed compared to its competitors who are missing millions.

Best Movies on Disney Plus: 20 Comforting Classics to Lower Your Anxiety

But here’s the thing: Even if they were enforced (and don’t put it past these networks), most users wouldn’t pay. As the report indicates, only 47% of Netflix freeloaders confirmed they would buy a subscription, followed by 41% of Disney Plus viewers, 38% of Prime Video viewers, and just 36% of Hulu viewers. After all, streaming ain’t cheap.

So, who the hell is footing the bill? Mostly parents. Or partners. Even a few exes are covering the spread. In fact, one of the more curious revelations from the data is that Hulu sees more former partners paying up than any other network. Maybe they’re still bonding over FX’s You’re the Worst? Who knows, but it’s a funny takeaway.

The good news — at least for the fat cats on the top floor — is that the collective number of freeloaders have insofar gone down in 2020 from 17% to 11.6%. Then again, that number is likely to make a major U-turn seeing how streaming has drastically increased amidst the current pandemic and the ensuing unemployment going down.

Click here to read the full report and consult the accompanying graphs below. Of note is the ranking of networks, which finds Netflix leading the pack by a wide margin, followed by Amazon Prime Video, then Hulu, and finally the newly minted Disney Plus. Given their short time span and market share, the Mouse House is going places. 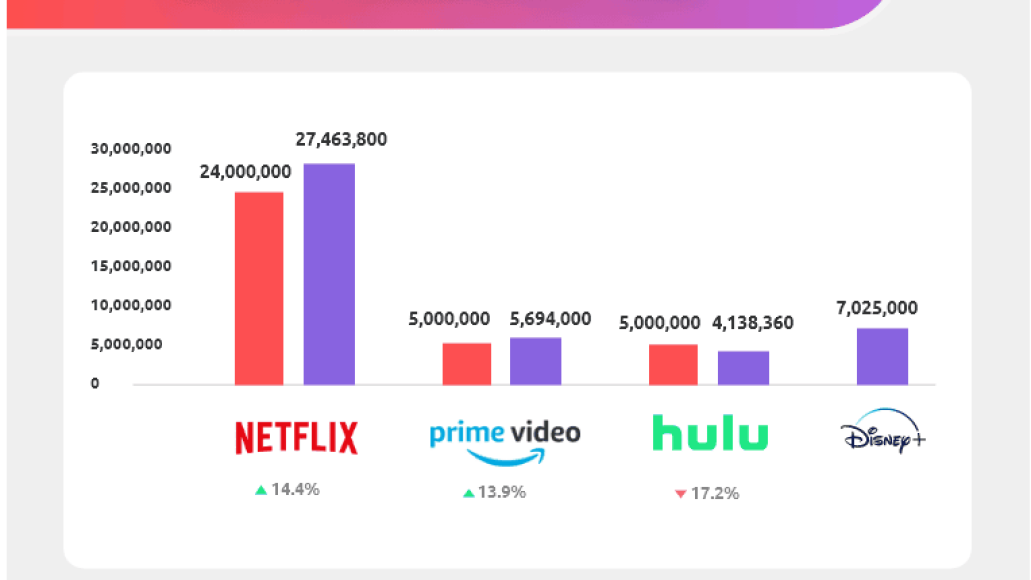 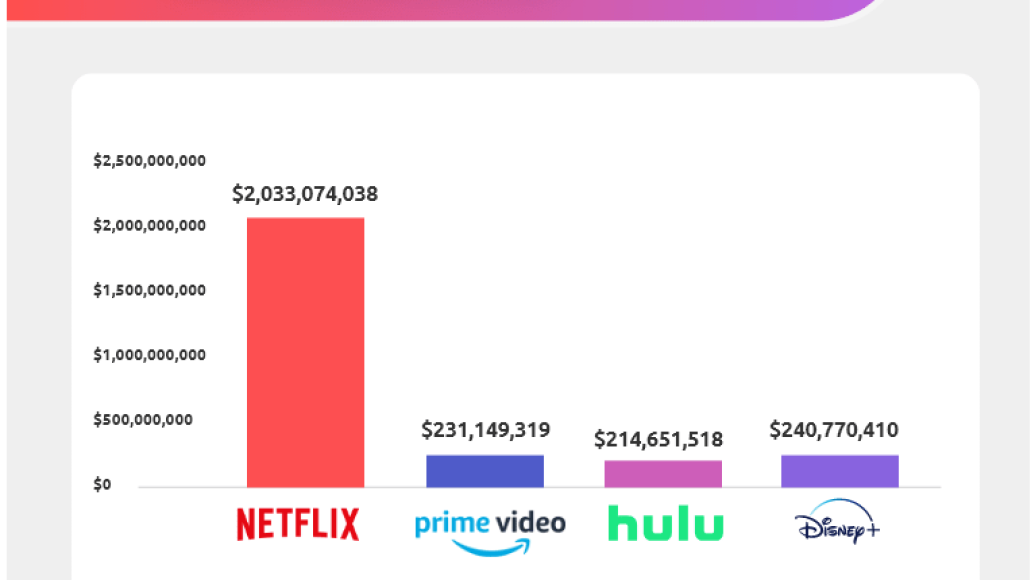 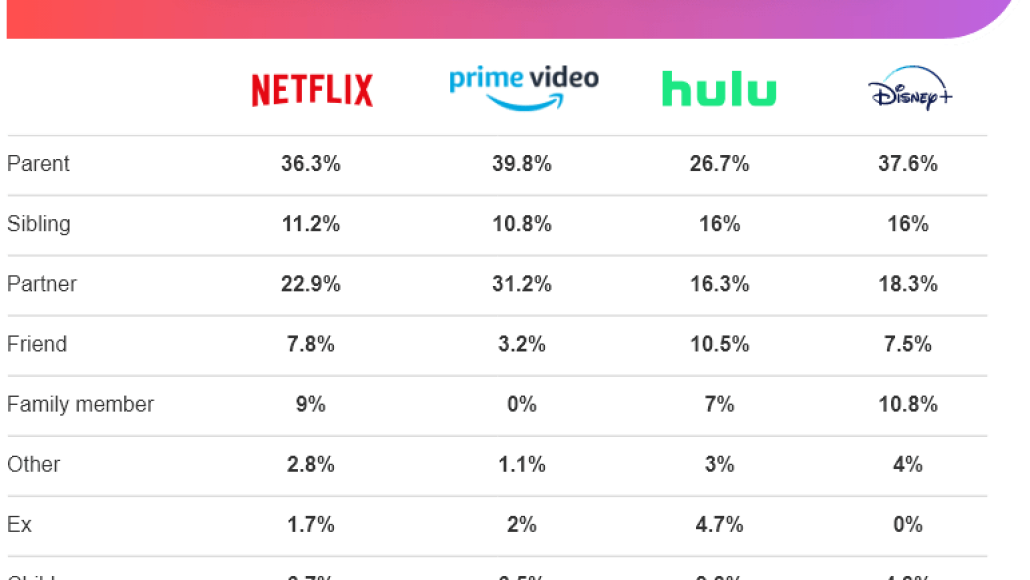 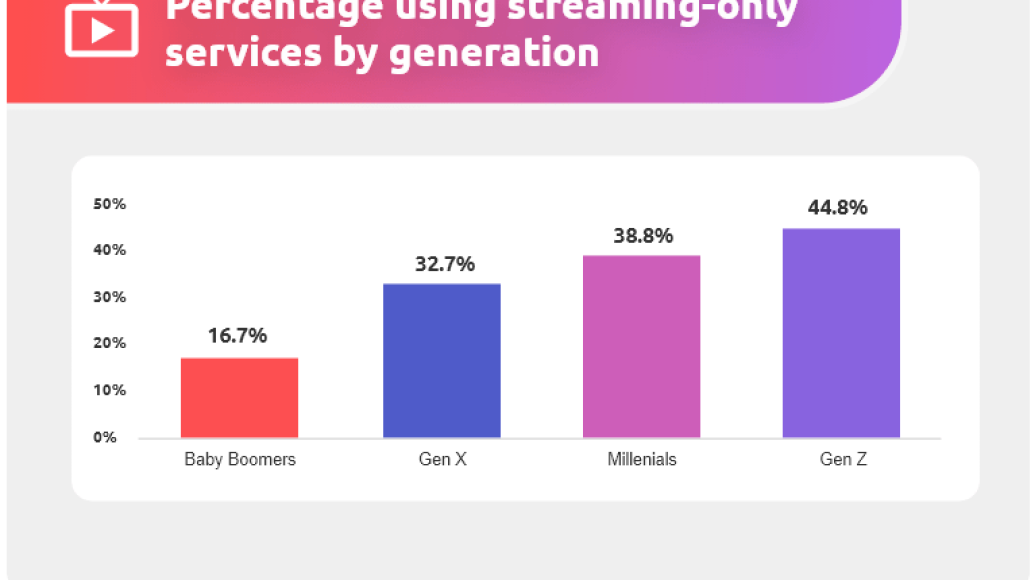 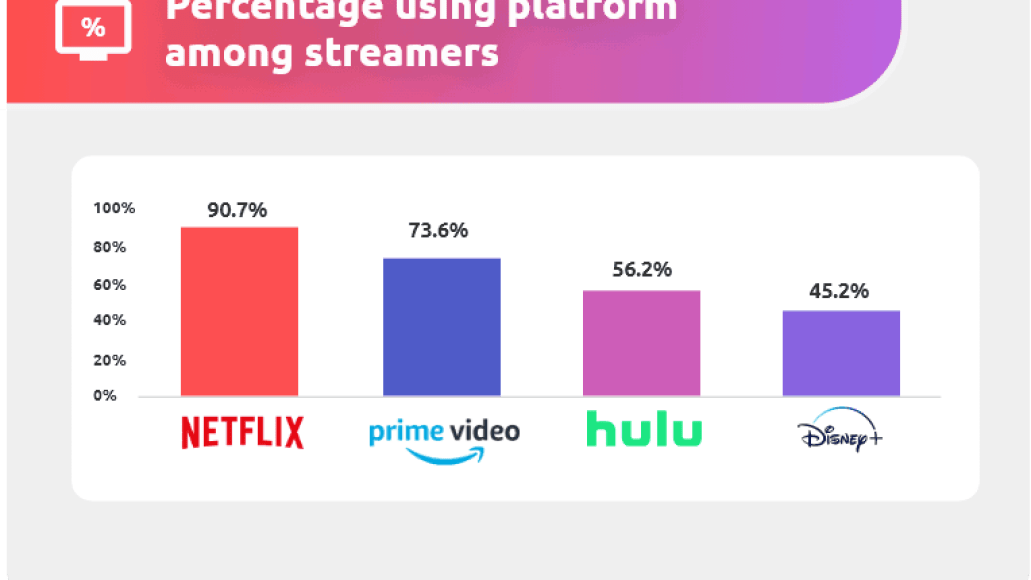 Dan Harmon: "I Don't Even Know if It's Legal" for Chevy Chase to Appear in Community Movie [Updated]

Dwayne Johnson Says Running for President Is "Off the Table"