Editor’s Note: Whitney Houston’s groundbreaking, self-titled debut came out on February 14th, 1985. Today, we’re re-sharing Okla Jones’ classic album review, which first ran in May 2020, in honor of both the album’s anniversary and Black History Month. Click here to revisit our OPUS podcast on this record, and also subscribe and listen to our new podcast series, Rootsland, which explores the story of two friends who take a musical and spiritual journey from the suburbs of Long Island to the streets of Kingston, Jamaica.

Music allows us to feel an array of emotions and is one of the universal aspects of the human experience. It can be the cause of laughter or the reason for momentary sadness. It sparks fond memories and serves as a time stamp of the most pivotal points in our lives. The music industry is forever changing, and even the most skilled of artists can fade into obscurity if they fail to adapt. Musicians come and they go, but every so often, the universe grants us a generational talent — someone with the potential to reset the status quo. Few artists are able to find that rare balance of critical and commercial success at any point in their career, especially their first effort. Whitney Houston’s 1985 self-titled debut album exceeded expectations and helped her reach immeasurable heights as a solo artist.

Not only did Whitney Houston spend 14 non-consecutive weeks at the top of the Billboard 200, but it also served as an introduction to an artist that exhibited vocal ability that was nothing short of perfection. The creation of this album began three years prior in Manhattan, New York, at the Seventh Avenue South nightclub. The prophetic ear of Arista Records’ A&R Gerry Griffith, along with the careful curation of legendary producer and executive Clive Davis, assisted in crafting an album that traversed the line between the genres of R&B and pop music. Initially, Davis had difficulty finding songs that “fit” the feel of the album, and many producers passed on the opportunity to contribute to Houston’s eponymous project. As time progressed, notable musicians such as Jermaine Jackson, Narada Michael Walden, Kashif, and Michael Masser offered their production skills, and Houston was able to begin recording an album that ultimately would contain three No. 1 singles, earn five Grammy nominations, and attain the title of “classic” in the eyes of fans and critics alike.

The 10-track studio project was released on February 14, 1985, and was met with a slow commercial response. It was Houston’s transcendent vocal range and word of mouth that eventually moved Whitney Houston to the No. 1 spot on US charts. The album’s first single, “Thinking About You”, is an upbeat serenade to an uncertain love, differing from the sound of “You Give Good Love”, designed to permeate the African-American demographic. Her final three singles — “Saving All My Love for You”, “How Will I Know”, and “Greatest Love of All” — all reached the top of the Billboard Hot 100.

Jermaine Jackson, who produced and performed on “Nobody Loves Me Like You Do” and “Take Good Care of My Heart”, and Teddy Pendergrass, who sang on “Hold Me”, were the only two artists that appeared on the album separate from Houston. Unfortunately, their collaborations led to controversy when Houston got snubbed for a nomination for Best New Artist at the 28th Annual Grammy Awards. Because she guested on Jackson’s album the year before (joining him on “Take Good Care of My Heart”), and her duet with Pendergrass appeared on his 1984 comeback album, the Recording Academy excluded Houston from “New Artist” consideration.

Surprisingly, the sound that Clive Davis envisioned for Whitney Houston was met with a bittersweet reaction from critics upon its release. Don Shewey of Rolling Stone stated that Whitney had “one of the most exciting voices in years” while others suggested that several of the songs on the album were not able to properly showcase her vocal talent. A few months later in an interview with MTV, Houston was read an excerpt by a critic stating that her voice was too polished to be wasted on “pop clichés.” “I did not go into the studio wanting to make a pop album,” Houston responded with her radiant smile and girl-next-door charm. “I went into the studio wanting to make good music.”

The commercial success of her debut was partially due to her connection to both pop and R&B listeners, along with her appeal across many different demographics. She would battle with acceptance from the R&B community during the late ’80s because of claimed “white-washing” of her music, when ironically, Whitney Houston helped to move the genre to a broader Top 40 audience. This allowed subsequent artists to maintain a core R&B sound that was still able to permeate the pop market. In the past, critics would attempt to separate the artist from the album, when one could not exist without the other. The debut had established Houston as a talent too compelling to ignore.

“When you have it, it is like God left his hand on your shoulder longer than everybody else,” mega producer Quincy Jones explained in an interview with CBS in 2012. “She has something that comes from deep down — it is a combination of amazing emotion, but also the instrument that can deliver that emotion.”

In the years preceding her untimely passing, Houston had come to be known for both her success as well as her failures. A charismatic figure in the public eye and one of the world’s most creative singers, she could also have been said to be one of its most troubled. At her peak, there was a certain perception that the world had about what it meant to be a superstar. Inaccessibility, mystery, infallibility, perfection – all traits of the person groomed for stardom. Houston, however, struggled with addiction and abuse. Her flawless ability inside the recording booth was a stark contrast from the life she lived outside of it. She was not some unreachable enigma like many of the popular entertainers of the ’80s. Whitney Houston was relatable and human, just like everyone else.

“The Voice,” as Houston was so affectionately known throughout her career, was launched to global fame by her self-titled debut. Its legacy would shift the landscape of popular music, and it also changed the common perception of the sound, look, and feel of the traditional pop star. Thirty-five years later, Whitney Houston remains one of the most commercially successful albums of the 1980s and a paramount recording that exuded vocal excellence in every sense of the word.

Essential Tracks: “Saving All My Love for You”, “How Will I Know”, and “Greatest Love of All” 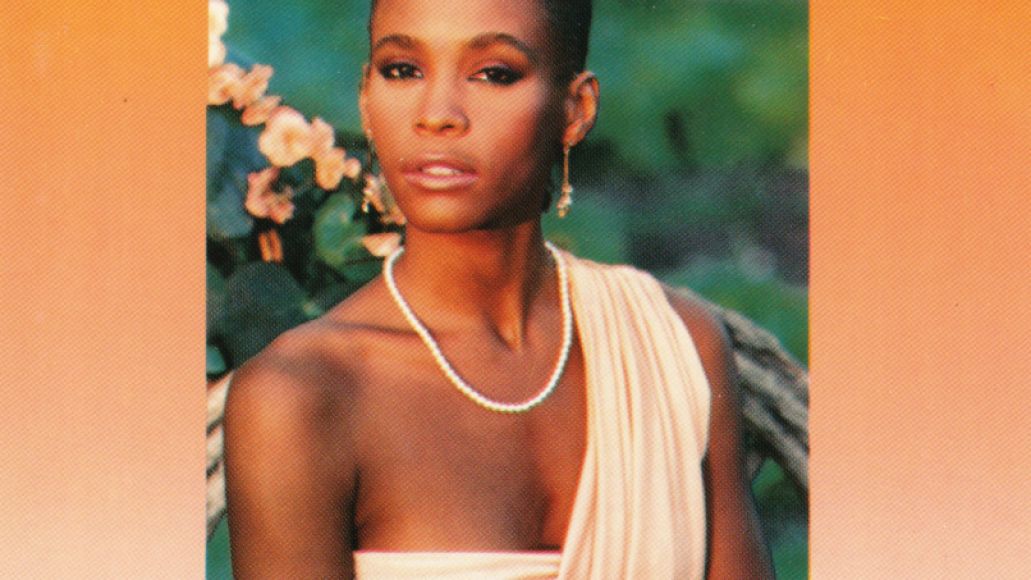