When you become a famous pop star, you essentially give a part of yourself to your fans. It’s the nature of the game, especially in 2020, when selling your brand/identity is as profitable as selling your actual art. Grimes has taken this to its most literal extreme with her newest art project, which sees her literally selling a piece of her soul to the highest bidder.

Entitled Selling Out, the work is the title piece of Grimes’ first online fine art exhibition. Presented jointly by Gallery Platform Los Angeles (May 28th through June 3rd) and Maccarone Los Angeles (May 28th through August 31st), the show collects numerous drawings, digital prints, photographs, and more that Grimes has created over the last decade. “I see myself as a visual artist first and foremost,” Grimes told Bloomberg, “and I’ve always felt strange that people know me for music.”

Still, the pieces are “a continuation of, rather than a departure from, her music.” In that way, Selling Out the artwork is an extension of Grimes’ existence as a pop superstar. The piece itself is a legal document stating the purchaser owns a yet unspecified percentage of Grimes’ soul. “The deeper we got with it, the more philosophically interesting it became,” she explained. “Also, I really wanted to collaborate with my lawyer on art. The idea of fantastical art in the form of legal documents just seems very intriguing to me.”

Initially, she didn’t actually want anyone to buy the contract, intending to price it at $10 million dollars to make a sale improbable. However, as a result of the COVID-19-induced global recession, she thought putting such a high price tag on her soul would be a bit too loaded. Instead, it’s being listed for “best offer.”

As for the rest of the work featured in the Selling Out exhibition, Grimes didn’t want the prices to be “prohibitively expensive.” Maccarone Los Angeles’ Michele Maccarone thus set the prices “related to production costs,” determining value “logically, in terms of an emergent artist who doesn’t have a track record….”

Outside of the soul-binding document, Grimes’ work is divided into three categories. There are print reproductions limited to 30 each at $500 a pop. Then there are Grimes’ ink-on-paper drawings, many from her notebooks, ranging from $2,000 to $3,000. The highest valued work features WarNymph, the digital avatar Grimes created from scans of her own body. Those archival pigment prints are set to fetch between $5,000 and $15,000, depending on the size. There’s also a video called AI Meditations Led by WarNymph, a seven-minute guided meditation conducted by the avatar; no price has been set for that as of yet.

Amazingly, all this came together while Grimes was also working on her latest album, Miss_Anthrop0cene, and preparing for the birth of her first child with Elon Musk, the recently renamed X Æ A-Xii. Find some samples of Selling Out below, and visit the Maccarone website to put in an offer for Grimes soul (is a sentence you could only write in 2020). 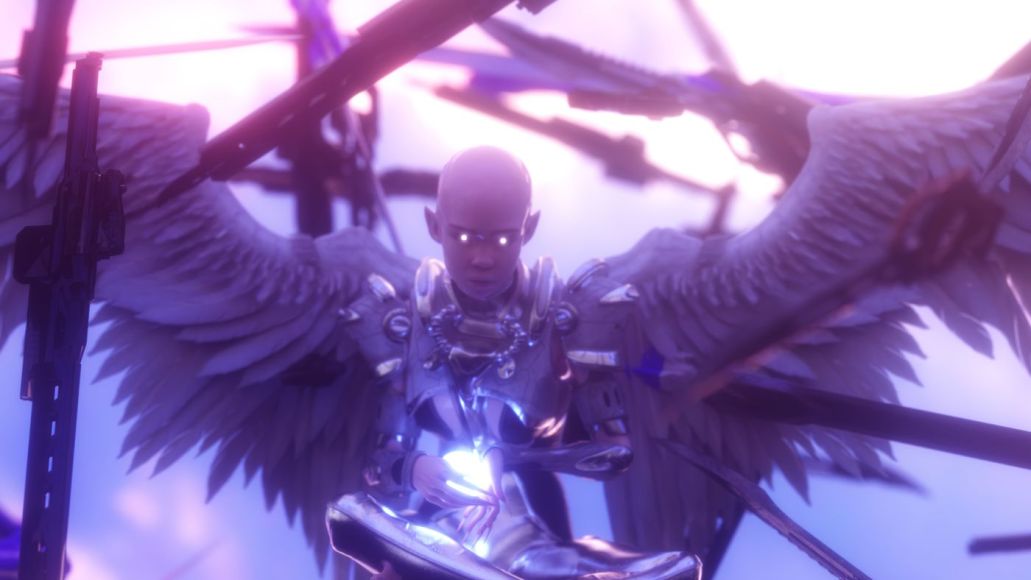 A still from the video AI Meditations led by WarNymph, 2020, courtesy of Grimes and Maccarone Gallery 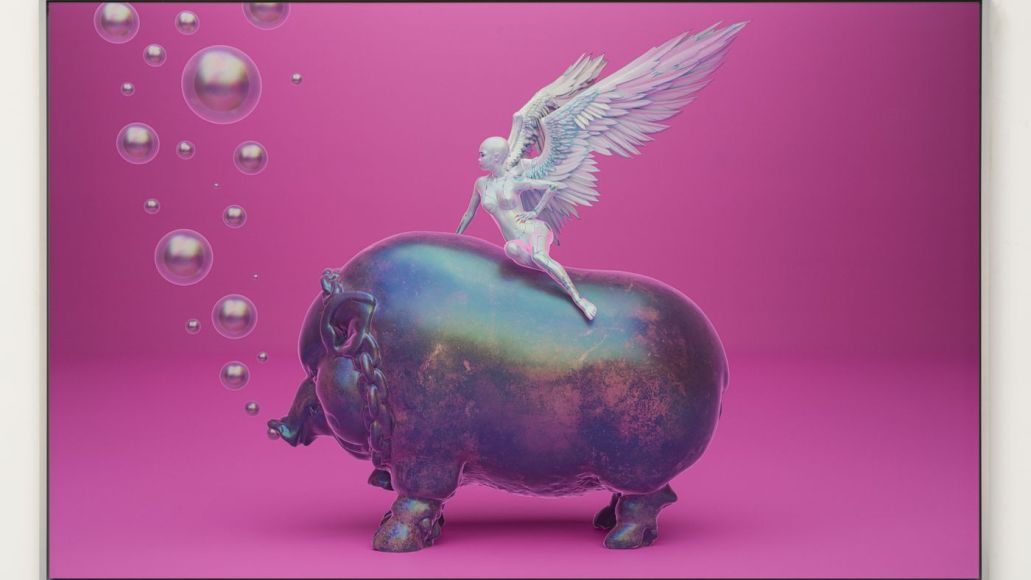 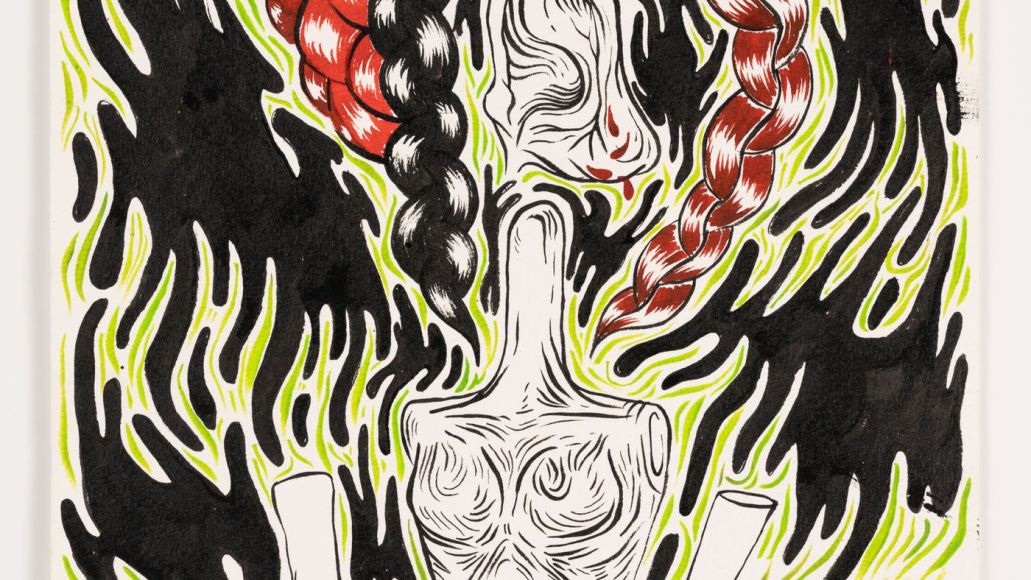 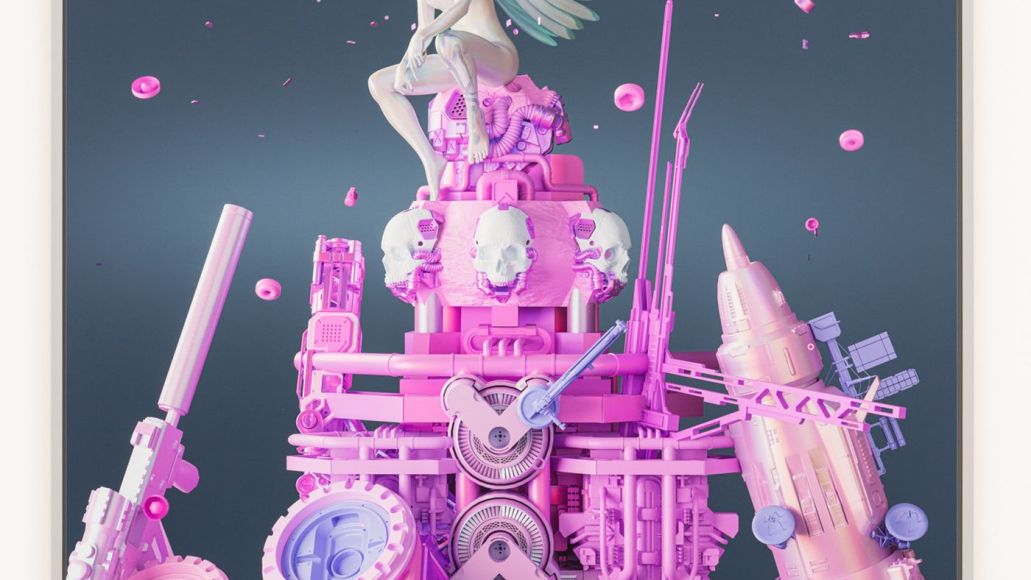 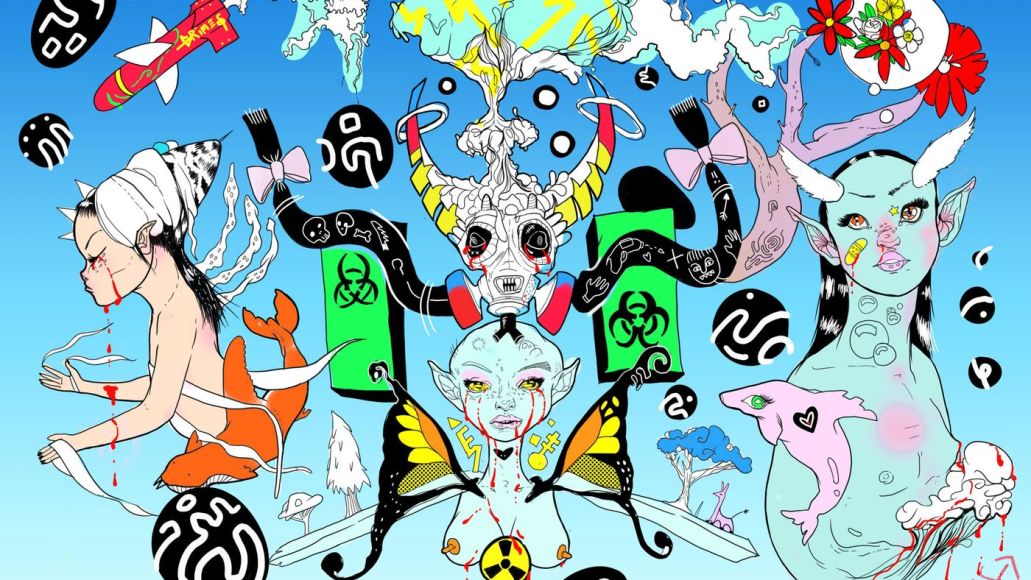