GWAR are celebrating their classic 1990 sophomore album, Scumdogs of the Universe, with a deluxe 30th anniversary box set. And they want you to spend money from your “meager stimulus checks” on the jam-packed release.

The box set, which ships August 7th, comes complete with the album remixed and remastered on two 180-gram white and red opaque vinyl discs; a cassette of demos and rarities; a 48-page book of classic photos, gig posters and more; an illustrated vinyl slipmat; and a giant subway poster of the album cover.

But wait, there’s more: it also includes a collectible reproduction all-access pass; an 8×10 promo photo; MP3, WAV, or FLAC download of the remastered audio; a sticker pack; and of course, a death certificate.

As a press release points out, the Scumdogs of the Universe box set is exactly what fans need during these difficult economic times:

The box set will run you $149.99, while a signed edition with special swirl vinyl costs $249.99. Both are available for pre-order at GWAR’s official website.

GWAR Check in with CNN from Isolation, Plan to Destroy the World Once the Pandemic Is Over

GWAR have been making waves during the pandemic with some advice that’s befitting of their reputation as intergalactic warriors looking to destroy humankind. Just last week, drummer Jizmak Da Gusha urged fans to drink bleach, and praised President Trump for suggesting that people inject disinfectants to combat coronavirus. Previously, the drummer declared, “Once this [pandemic] is all over, we want to kill you up close.”

See an image of the contents and the tracklist of the Scumdogs of the Universe 30th anniversary box set below. 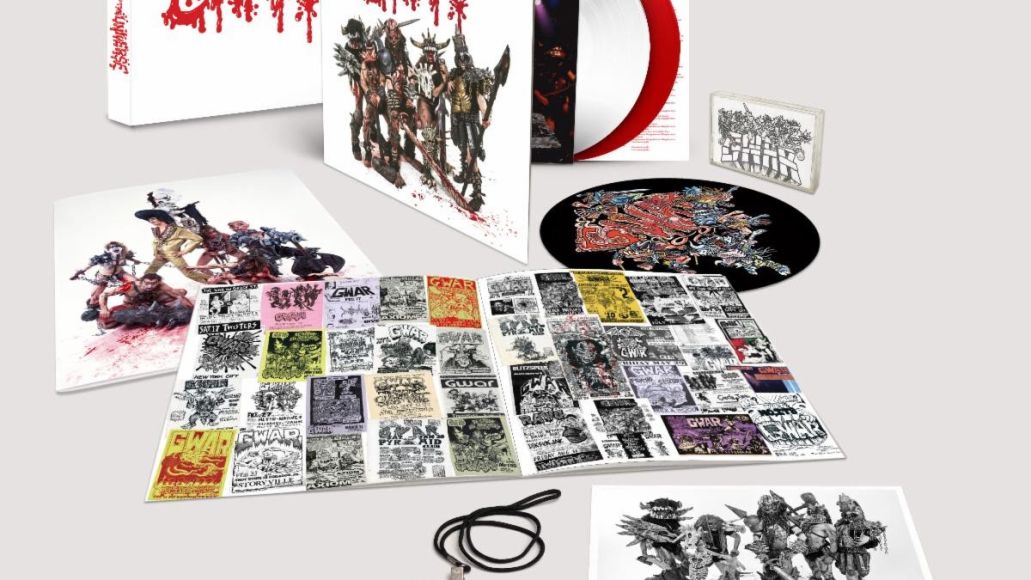