Hard to believe it’s been 20 years since Mission: Impossible 2, but here we are two decades removed from Tom Cruise’s lush, silk mane. To celebrate, Mondo and Hollywood Records have announced the debut vinyl pressing of Hans Zimmer’s complete score.

Featuring a dozen unreleased or expanded tracks, Zimmer’s score is presented in full, sourced from the original master tapes, and presented on 2×180 Gram vinyl. Well, not just any vinyl — fiery, fireball vinyl! (It’ll also be available on regular black vinyl.)

“Amongst fans of the Mission: Impossible film franchise there is a deep divide: people who consider it the black sheep of the series, and those who embrace it and its unapologetic 2000’s-era aesthetic,” says Mo Shafeek, Mondo Music Label Manager in a press release. “The one thing that nearly all fans agree upon is that Hans Zimmer’s score for the film is criminally underrated.”

He continues, “It bounces from Spanish guitar and flamenco, to distorted electric guitar, then pivots to drum machines and synth. It’s techno. It’s world music. It’s rock. All in one. The effect is nostalgia inducing for the ambition of the millenium on music production and a genre blending that has only recently come back into vogue again. And that is perfectly distilled in the score for Mission: Impossible 2.”

Ranking: The Mission Impossible Missions from Worst to Best

Shafeek isn’t kidding. Directed by John Woo, Mission: Impossible 2 is certainly a lone wolf in the long-running franchise, deeply removed from Brian De Palma’s excellent 1996 reimagining and mostly ignored by J.J. Abrams’ reboot that would follow in 2006. In fact, rarely, if ever, has the ensuing four sequels even acknowledged it.

Whatever the case, Mondo has put together quite a package, and Zimmer’s score is certainly a delight in and of itself. Below, you can find the artwork and pre-orders begin Wednesday, May 27th … should you choose to accept it.

In related news, the next two sequels in the franchise were recently postponed to late 2021 and 2022, respectively. The last film to hit theaters, 2018’s Fallout, is streaming on Hulu. 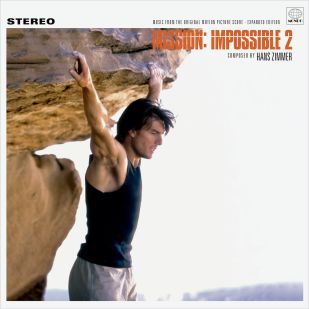 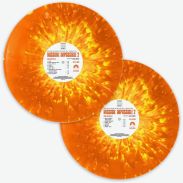 * = Previously Unreleased in any format