Our new music feature Origins finds artists revealing some of the inspirations behind their latest track. Today, Henry Jamison discusses his collaborative with Lady Lamb, “Orchardist”.

Musicians are often inspired by life on the road, whether it’s the fugacious sense of time, the yearning for familiar territory, or the distance from friends. For his own mini “road record,” Vermont folk artists Henry Jamison has taken a novel, two-pronged approach with his new EP, Tourism.

Due out May 15th via Color Study, the five-track effort focuses lyrically on the “dissolution of self” that led to Jamison’s recent breakup. The strain was brought on by his life as a touring musician, a common story for those whose home is lined with pavement. But while being on the road can bring certain relationships to an end, it can also spark others. Jamison highlighted that dichotomy by inviting friends he knew through music to accompany him for the Tourism sessions.

The EP’s latest single, “Orchardist”, features an old friend of Jamison’s, Lady Lamb. As he sings of walking around cities across the world alone, she joins in for the chorus of, “Not I, not I, not I/ But you in me.” It’s a mantra to remember that even when you’re by yourself on tour, never leave those you care about too far behind.

Stream “Orchardist” below, followed by Jamison’s Origins of the song. 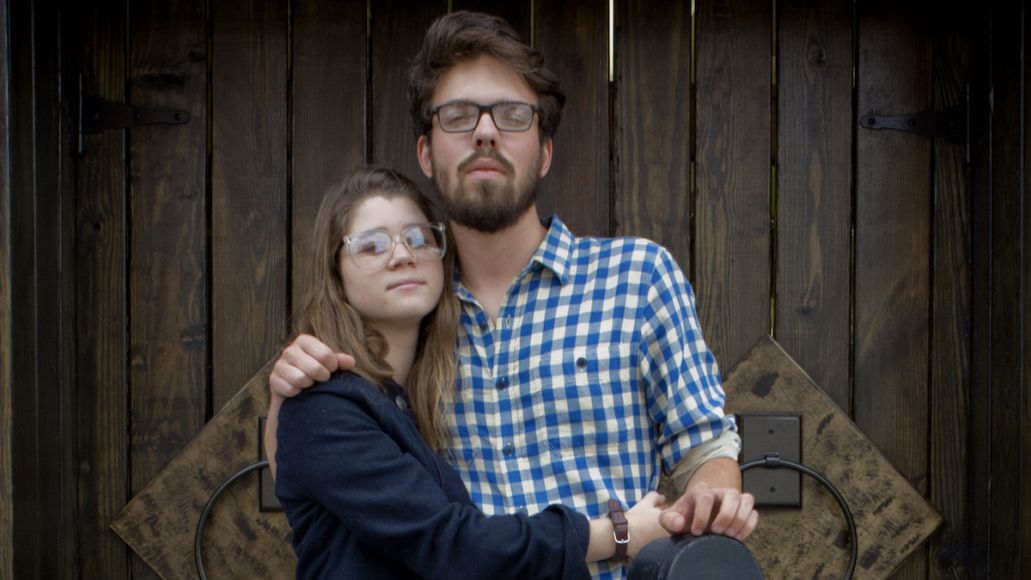 I met Aly my junior year of college. She was from Brunswick, Maine, where my alma mater, Bowdoin College, was (and probably still is). She had started playing shows under the name Lady Lamb the Beekeeper and my drummer booked her to play the pub in the student union. We were also on the bill. Apparently, I wasn’t very fun or nice that night, but I definitely was later, when we became friends and she lived with me and my band in Portland for a while. We served as the rhythm section on her first record, Ripely Pine, and I did my first real touring with her. This was back when I was a “poster boy” for a local club and walked around Portland putting up posters. I would sing her songs to myself all day. She has a way of writing about heartbreak in a way that’s so specific and yet so universal; paradoxically, it seems to be the specificity that makes it universal. And that’s what I was trying to do with “Orchardist”, so I really wanted her singing on it with me. 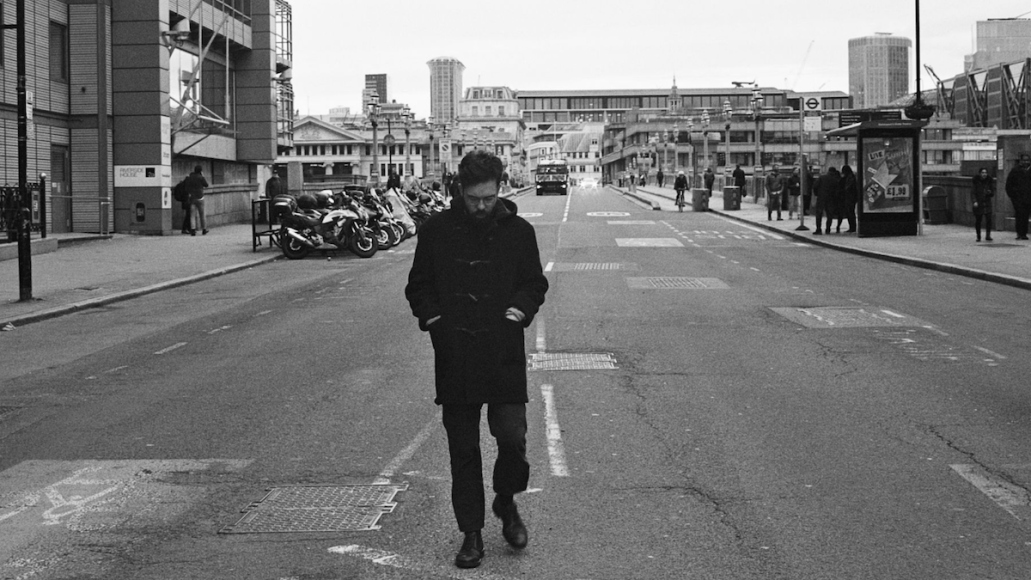 Ever since I started touring, I’ve found myself writing songs with the lyrics “walking around” as filler. The reason really couldn’t be clearer: on tour, I do a lot of “walking around”. The walking is memorable (in that it’s always somewhere new) but also fairly pointless (I’m not really going anywhere, just away from the van or the venue into some neighborhood or other). The aimlessness of it, coupled with the novelty, feels like a good symbol for my experience in tour-heavy years. I was also on the phone a lot during those walks, to my girlfriend, which added to the poignancy of the image, as we were broken up during the writing and recording of the EP. That’s where the first verse of “Orchardist” finds me: walking around a factory in Tennessee, on the phone to her, and fielding some justified criticism. The reason I left the stock phrase intact was that it finally seemed meaningful. 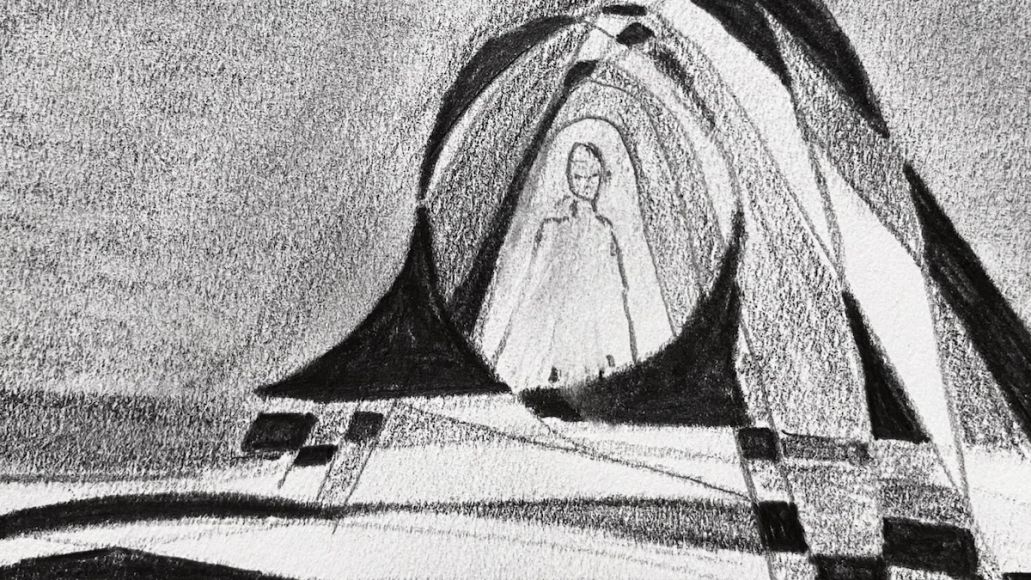 On the day I wrote the song, I had been at a drawing workshop at my old school during the morning. Before I went home, I called my manager from the station where I used to get the train after school, in Shelburne, VT. There were certain realities facing me in my career: a tight tour budget and a lack of new material that might help us feel at ease looking into the future. I drove home, sat down and wrote this song in its entirety. In the workshop, the leader had led us in semi-abstract drawing of human figures. Some of them looked to me like angels, or the “anthropos,” the divine or perfected person, or maybe my own “higher self.” I used that idea as inspiration for the chorus: “not I, but you in me,” which has the nice quality of being heard as “not I, but you and me.” So it’s either addressed to my own higher self or to my girlfriend, but is an attempt at humility in either case. 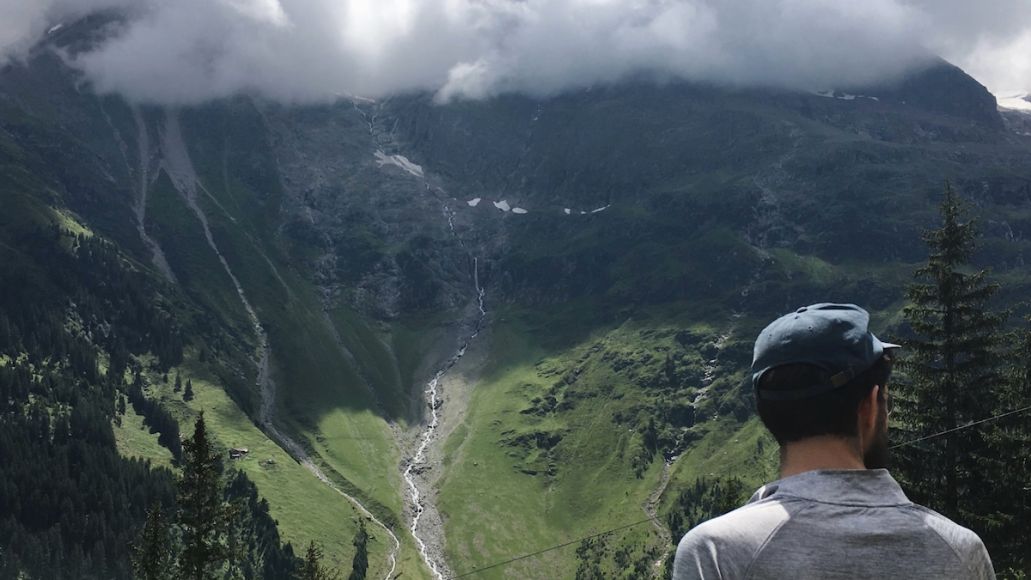 Four years ago, my dad had a piece of music commissioned by a group in Dornach, Switzerland. My whole family went, including my girlfriend and my brother’s as well. We had some free days in Dornach before the concert, so my girlfriend and I walked to a “hermitage” in the next town, which was a place prehistoric hermits lived, I guess? There was a castle and a beautiful lake. I had stuck my phone in the breast pocket of my shirt, thinking it was just taking a normal video. But it ended up being 25 minutes of slow motion footage, of dripping rocks, insects flying through beams of light and my girlfriend moving in and out of frame like it was a dream. My European tour last year ended in Zürich, so I took the train back to Dornach and stayed there for a week, this time very alone. The juxtaposition of my two experiences there really stuck out to me: one was so beautiful because it was shared, the other had a stark loneliness that I couldn’t shake.