Back at the turn of the century, director Mark Duplass was busy playing gigs across the US in his popular indie rock band Volcano, I’m Still Excited!! Polyvinyl still considers them to be one of their “most beloved signings,” and as such they’ve decided to celebrate the band by reissuing their debut EP, Carbon Copy, on vinyl for the first time ever.

Featuring singer-keyboardist Duplass, guitarist Byron Westbrook, and drummer John Thomas Robinette III, Volcano, I’m Still Excited!! released Carbon Copy on a small run of CDs back in 2002. Since then, the long out-of-print disc has been tough to track down, especially compared to the availability of the band’s sole full-length, 2004’s self-titled LP. That’s because the group only signed with Polyvinyl after meeting the team in Illinois while touring behind the EP.

The Carbon Copy vinyl deluxe reissue will include the EP’s original five tracks as well as expanded artwork and several bonus tracks: “1st Gun” from the out-of-print New Brad 7-inch, the rare B-side “I Push”, an extended version of “Durham”, and an acoustic recording of “2nd Gun”.

To coincide with today’s announcement, Volcano, I’m Still Excited!! have released a few videos from their 2003 live set at Emo’s in Austin, Texas. The hometown show saw the band break out “New Brad”, “In Green”, and “2nd Gun”. Watch all three clips in a playlist below.

Pre-orders for Carbon Copy (Deluxe Edition) are currently available. Check out the EP artwork and new tracklist after the jump. 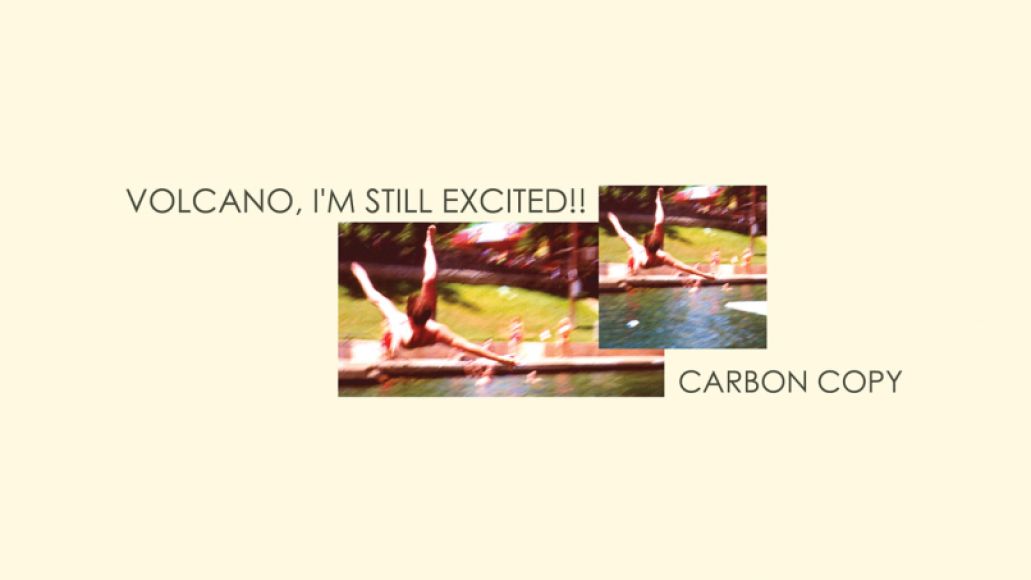