You may barely remember the Harlem Shake videos or Black Beatle Mannequin Challenges, but those were some of the first stones that caused the ripples that eventually became the waves of what we now refer to as meme culture.

Today’s most popular songs are the ones that are not only revered by fans, but that can easily be shared and re-shared online, with execs no longer asking, “Is it catchy?” but “Is it memeable?” From lyrics tailored for Instagram captions, music videos that easily become Tweet-able screenshots, and choruses perfect for TikTok dance moves, our biggest songs are currently the most meme-worthy.

With the strategy behind distribution constantly shifting, artists have become creative, cultivating memes themselves to guarantee coverage of their content. Sometimes, that means resharing viral content created by fans. For example, Nicki Minaj is a great proponent of this. Reposting photos of people’s Halloween costumes and videos dubbed the “Nicki Minaj Challenge,” artists like Minaj take advantage of meme culture to promote music, brand, and online presence, constantly engaging the media by personalizing content, making fans feel as if idols are their friends as well.

Generations who consume music the most live their lives online, treating it as a personal diary. Artists are beginning to understand that if they want to survive, they’ll have to cultivate a brand online with shares, likes, and reposts, providing a window into a life that their fans will likely never live.

Memes are the great equalizer, putting us in their kitchens, making us part of their creative process. With memes, we take them off the stage, giving us the ability to feel and say, “Stars! They’re just like us!”

So, how did we get here? The heydays of VH1’s Top 100 and MTV’s Total Request Live are long gone. We used to crowd around the TV, but today, we crowd around the Internet. As the way we consume content changed, so did the way artists promote content. Today, it’s social media-driven memes that have gone head to head with the Billboard Hot 100, determining what tastemakers and fans believe is worth listening to.

Not only is meme-ability determining what we listen to, but it also determines who we listen to. Arguably, Carly Rae Jepsen’s career took off after “Call Me Maybe” while the web took over with clips of celebrities mouthing the lyrics on homemade videos. There’s no doubt her talent would have still driven her to the forefront, considering E•MO•TION is one of the best albums out there, but the boost in exposure to online humor considerably helped make the process faster. The song and the resulting videos had such an impact on pop culture that there’s even a meme generator for the song. 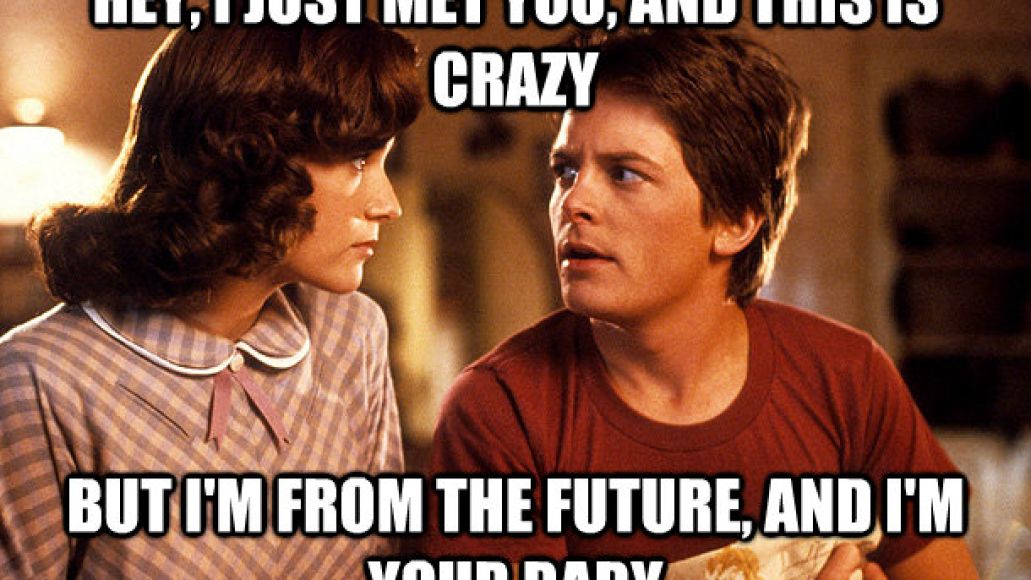 So, how does an artist enlist meme-ability into their strategy? Enter Drake. He thrives on the Internet in general, and Buzzfeed articles galore have exposed how memeable his music is, in not only its lyricism but distribution. His album Views remaining on Billboard’s 200 for 13 weeks is proof to the power of having music succeed on the web.

We saw every “Nice for What” lyric utilized during the summer of 2018. The icing on top of the cake to a good night out with the girls is a club picture with “You ain’t stressin’ on no lover in the past tense/ You already had them” underneath it. As to captions, challenges were also created around his songs, specifically to “In My Feelings”. Hanging out of cars filming a Kiki Challenge video was a huge fad after Scorpion came out. Despite injury, the crowd persisted.

If Drake is the king of using memes for Instagram clout, Lizzo is the queen. Her lyrics promote self-love and what’s more loving than a thirst trap selfie with a “Truth Hurts” quote? Breakups and thirst traps do not reach their full potential unless accompanied by “Good As Hell” or the popular format of spoofing Lizzo’s “you could have had a bad bitch, non-committal.” If you’re not on the Lizzo train, you’re not with it.

If your lyrics aren’t corny or catchy enough to become a meme, you can take your personality to Twitter. For instance, Lil Nas X broke Billboard records with “Old Town Road”. Why? It was a good, clean banger promoted by a hilarious, one-of-a-kind artist who wasn’t afraid to make fun of himself and the memes created about him on Twitter. Slam dunk tweets on a platform almost no one can untangle themselves from is an amazing way to stay on minds and in music.

If you’re looking for a more classic example of meme-ability, Cher is a God amongst men when it comes to Twitter. Her half-put-together tweets make life worth waking up for every morning, specifically, this one about her friend. Blowing up online is her area of expertise and is more than enough to keep her in the zeitgeist, as if she needed any help. Becoming a parody of oneself is more than enough to ensure you’re the talk of the town forever.

Ah yes, how we miss Vine. Not only have songs produced a variety of six-second videos, but they’ve also sparked careers. Coining the phrase “Shooketh,” Elijah Daniel & Christine Sydelko managed to capitalize on their content moving fan bases to Spotify. Supplementing the birth of spoof vines to well-known songs, Tik Tok and Vine have been extremely helpful creating artists.

Following the footsteps of Vine, Tik Tok featured a breakout artist who proved you can truly create any song you want. Zach Fox rose to fame with the ridiculously catchy song “Jesus Is the One (I Got Depression)” on Tik Tok after multiple people included it in their videos. Tik Tok is great for spotlighting songs you might have forgotten about with videos like Howie Mandel singing “Wasabi”, but it is even better at igniting careers of people trying to break into the industry. Zach Fox never asked to be a lyrical genius or the funniest man alive. The music world was given a gift from God the day he blew up.

Mentioned in the aforementioned Carly Rae quip, a good, ol’ fashioned meme goes a long way. Distributing a good Killers meme or Panic! At the Disco Tumblr post is a perfect reason to dig up old songs long forgotten. “Mr. Brightside” is a beloved song worldwide. However, it will remain in popular vernacular for not only being an amazing song, but also because of the lyrics “coming out of my cage and I’ve been doing just fine.” It’s mapped consistently as a joke over many different photos. Just googling the phrase followed by “meme” unearths a sea of Google pages, the best being this dog.

The sake of warping music to fit funny content, sexy photos, and Twitter memes largely dominated the past decade. It resulted in streams of songs both new and old, digging up bands like Fleetwood Mac and rodeo queen Dolly Parton following her “9-5” Grammy Performance. We’ve progressed from anticipating CD releases at Best Buy to sitting in our house, phone in hand, crafting the perfect music meme that might blow up on Twitter. To market nowadays is to know the field you’re catering to. Maybe dumb songs about dipping your balls in thousand island dressing is how you go about it. Maybe catchy beats like The Fox produce truly awful YouTube parodies.

The past 10 years have seen the rise and fall of songs in a day and the birth and death of careers tied to them. With much of the world glued to their homes and their screens right now, memes (for example, Liam Gallagher just posted a video washing his hands to a song he’d like us to refer to as “SOAPERNOVA”) are now, more than ever, a means of not only entertainment, but distraction. With the pandemic changing our cultural landscape, the music industry can be made (or broken) by the laws of Twitch, Twitter, and TikTok and who knows what’s to come.

How well an artist does in the future now belongs in the hands of the Internet.