This year marks both the 40th anniversary of Joy Division’s final album, Closer, and the death of late frontman Ian Curtis. The band’s surviving members are commemorating in a number of ways, including a vinyl reissue of the former and a tribute livestream event for the latter. Now we can add a new concert film to that list, as Peter Hook & The Light have announced a stream of the previously unreleased So This Is Permanent. Update, May 18th: The stream is now live, and you can watch it here.

The film captures an exclusive, 500-capacity show that Peter Hook & The Light’s played at Christ Church in Macclesfield, England, Curtis’ hometown in 2015. The special gig saw the band run through Joy Division’s entire catalog to celebrate what was then the group’s 35th anniversary.

“We did a concert in Macclesfield, England at Christ Church, where Curtis used to go when he was a child,” Hook exclusively told us in our recent interview. “We played every Joy Division song. It was such a crazy thing to do to. I can’t believe it — four hours. There were 450 tickets, and it was subscribed. In fact, over-subscribed by 10,000. That’s how many people wanted to see it. It was such a wonderful thing to do.”

He added, “We were scheduled to play on May 18th in Glasgow — sold out gig Barrowlands — but we’ve lost that now. So, we’re hoping to show that concert in full on the Internet, and hopefully on the Joy Division sites, which will be absolutely wonderful.”

The footage will be available for 24 hours beginning May 18th at 7:00 a.m. ET on Joy Division’s YouTube and Facebook pages, as well as The Lights’ Facebook. While the concert film will be free to watch, Peter Hook and company highly encourage viewers to donate to the Epilepsy Society in honor of Curtis, who suffered from the disease. Tune in below.

Ranking: Every Joy Division Song in Honor of Ian Curtis

In addition, a DVD and 3-CD set of the three-hour long performance will be released by Live Here Now sometime in mid-June. Proceeds will again benefit the Epilepsy Society, and pre-orders are going on now. 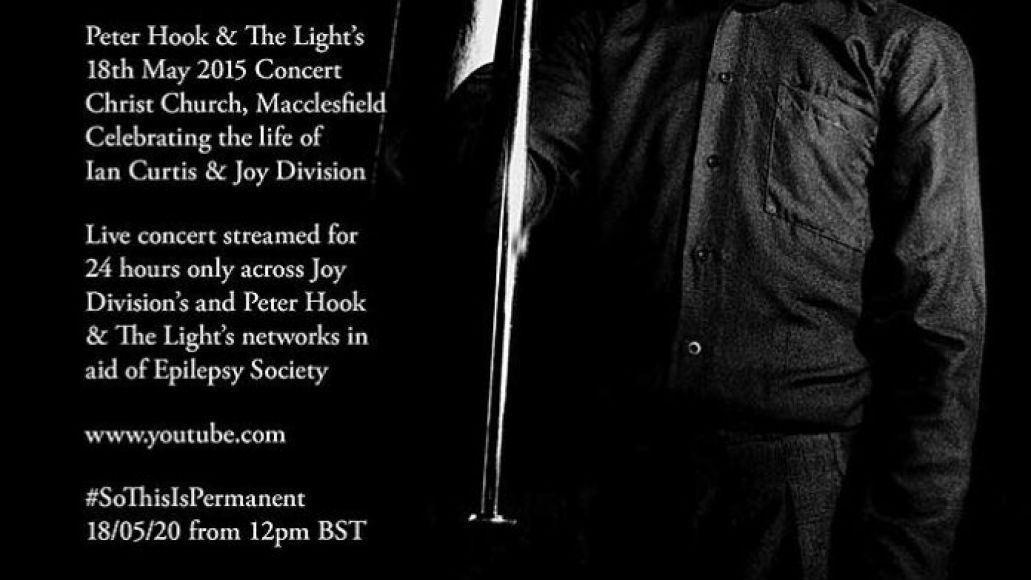