Lil Tjay has returned with a new mixtape called State of Emergency. Stream it in full below via Apple Music or Spotify.

Spanning seven tracks, the collection follows up on Lil Tjay’s impressive 2019 full-length debut, True 2 Myself. Here, the young Bronx native is joined by a handful of fellow rising New York hip-hop talents, including the late Pop Smoke, Jay Critch, Fivio Foreign, Sheff G, Sleepy Hallow, Jay Gwuapo, and J.I. The Prince of New York. According to a statement, Lil Tjay’s Pop Smoke collaboration, “Zoo York”, was one of the last tracks the fallen rapper recorded before his sudden passing in February.

In an Instagram post promoting State of Emergency, Lil Tjay crowned himself the “King of New York” (while also taking a swipe at Tekashi 6ix9ine),

“F*CK ALL THAT OTHER SHIT GOING ON RN SHIT IRRELEVANT 😒 ONLY THING I KNOW IS IM SHUTTING THE STREETS DOWN FROM NOW ON IM THE KING OF NY !! ALL THAT OTHER NA NA NA SHIT ND SNITCH RAINBOW HAIR SHIT GOING ON IN MY CITY A DUBB! THE REAL GON UNDERSTAND… MAY 8 IM GIVING YALL THAT PAIN YALL NEED, ITZ UP NY STAND TF UP” 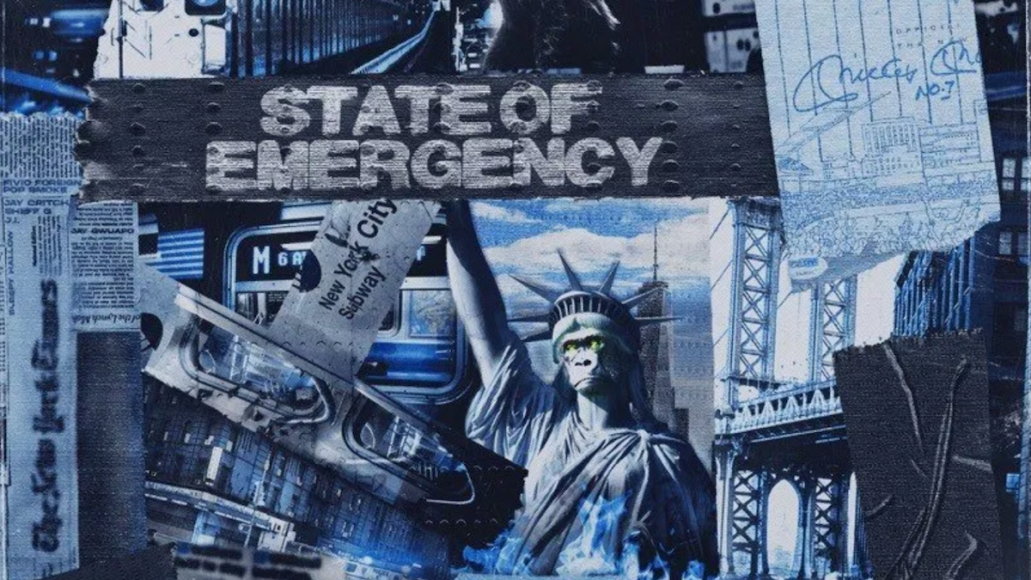