The Overlook Hotel will never close. It’s been burned down, shuttered up, and even burned down again, but there’s no moving on. The walls, halls, and spooky rooms of the ghoulish institution are as obdurate as the spirits within, and they’ll remain that way forever. Point being, the Overlook Hotel isn’t just a setting in a story or a movie. It’s no longer just a name Stephen King gave to his own vision of The Stanley Hotel. And it’s not just the prismatic hell that Stanley Kubrick dreamed up a few years later. It’s been absorbed by the public consciousness; no different than Jack Torrance at the very end of the 1980 film.

Of course, none of this would have happened without said film. Thanks to its labyrinthine qualities and MoMa-ready aesthetics, Kubrick’s chilling masterpiece has spawned countless homages, documentaries, clothing lines, board games, memes, and GIFs, all of which has built upon the film’s lore and cultural cache. Forty years later, The Shining is a brand, no different than Star Wars or any other intellectual property with crossover qualities. But it’s also something else. In 2020, amidst our ensuing pandemic, and all the chaos that’s consumed us in its wake, The Shining has become a state of mind. It’s a strangely comforting, nightmarish retreat, where we can stave off a breakdown by stewing in our own negativity, petty frustrations, and existential malaise.

The Shining, at least Kubrick’s vision (King’s novel is far more optimistic in tone), affords such motivations because so much of it hallmarks the irritability and candor of its cast of characters. It’s a two-and-a-half-hour meditation on the grievances of living and the ways we attempt to cope and endure as things fall apart. But, things do fall apart. They always fall apart, and never has that notion felt more sobering today when we’re similarly isolated in our homes, forced to watch the world crumble, and without any agency over the matter. Now, more than ever, we feel seen by Jack, or Wendy, or Dick.

How many afternoons have you spent staring off into space? How many times do you feel like you’re walking on egg shells around loved ones? How much hope have you lost after reading the multitude of staggering headlines? Dreadful times, indeed. And yet, like the dread that washes through the frames of Kubrick’s film, there’s a numbing factor that speaks to the inevitability of such chaos. After all, we can swipe at a stack of dishes, scream our heads off, and parade around in terror, but the anxiety will linger, growing as long as the ash on Wendy’s cigarette. Words of wisdom Lloyd, words of wisdom! 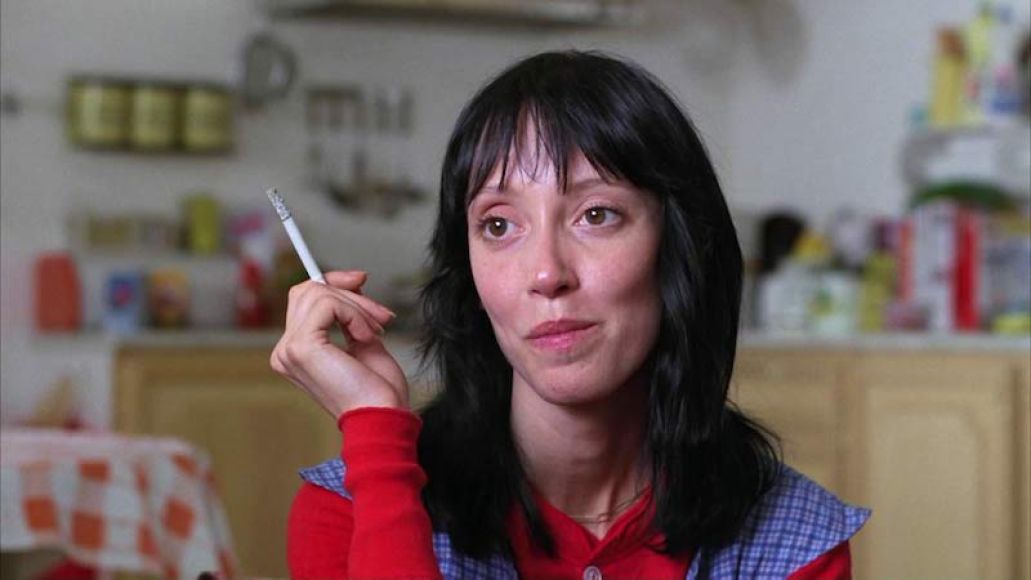 There’s also something to be said about Dick Hallorann’s arc in the context of our current reality. In the film, the benevolent chef is beckoned by Danny Torrance to leave his Miami home and return to the snowy confines to save the day. In a drastic change to King’s source material, Dick’s axed for his efforts immediately upon arrival. Now, it’s admittedly perverse to draw any parallels here, but that futility has been on the mind lately. Especially when we’ve all been told to stay inside, keep distance, and wear masks, only for our neighbors, our leaders, our friends, and family to break the rules. Great party, isn’t it?

It’s something, alright. Personally speaking, I find myself waking up every morning, stumbling over to my desk, and staring at it in the same way Torrance shambles over to his typewriter. The inescapable day-to-day of it all, coupled with the knowledge that we have no clue of when any of this will all end, has made everything seem so … frivolous? Adding more weight to the parallels is my own relief in reaching that glass of whiskey by the end of the day, an extravagant bottle of Jameson that I’ve cheekily called Lloyd on a number of occasions. Judging from the rising liquor sales, I’m not alone in that regard.

What’s astounding about all of this is how The Shining remains impenetrable. The pandemic will come and go. Funko will continue to issue Pop figures (hopefully of Dick Hallorann and Stuart Ullman). Etsy dealers will keep quilting kitchen mitts of the blowjob bear. And, rest assured, Hollywood will find more and more reasons to return to the Overlook. None of it will impact the film’s influence nor how it continues to permeate our own subconscious. Hell, in the last two years alone, we’ve seen the film’s most iconic settings retooled to myriad results (see: Ready Player One, Doctor Sleep), and yet we still cower when those Grady twins come to play darts.

No, there’s an almost mythical quality to The Shining, a feeling that’s exacerbated by the impossibility of ever connecting any of the dots. Look no further than the bizarre theories within documentary Room 237. Try to dispute any of them. You can’t. Sure, you could roll your eyes and say that wasn’t Kubrick’s intention, but you’d be on no steadier ground than the conspiracists.  So, if there’s anything to toast 40 years later, it’s to the strange and wonderful unknown that keeps us checking in. It’s this great abyss that we keep staring into, and like Nietzche says, if we look long enough, it’ll stare right back at us.

40 Years Later, Stanley Kubrick's The Shining Is a State of Mind