It’s been 40 years since Stanley Kubrick’s The Shining axed its way into theaters on May 23, 1980. Since then, the Stephen King adaptation has haunted multiple generations, who have all made their way through the Overlook Hotel doors, be it through repertory screenings, video store rentals, Saturday night sleepovers, or simply cable.

Today, The Shining is a fixture of pop culture, having spawned countless memes, GIFs, homages, figurines, you name it, it’s been done. And yet, most would agree it’s still one of the most terrifying films of all time — if not the most terrifying. Of course, as with anything, fear is entirely subjective, and what’s scary to one person may be hilarious to another.

Stephen King’s The Shining Chills on Page and Screen

Shake Off That Cabin Fever with This Face Mask

That’s why we polled our staff and contributors to see what they think is the scariest scene of the film. As you’ll see below, the responses were as varied as they are terrifying, proving once again that Kubrick truly struck a nerve with his iconic masterpiece. Don’t see your scene? Let us know in the comments what keeps you up at night.

Come and Play (Darts) With Us 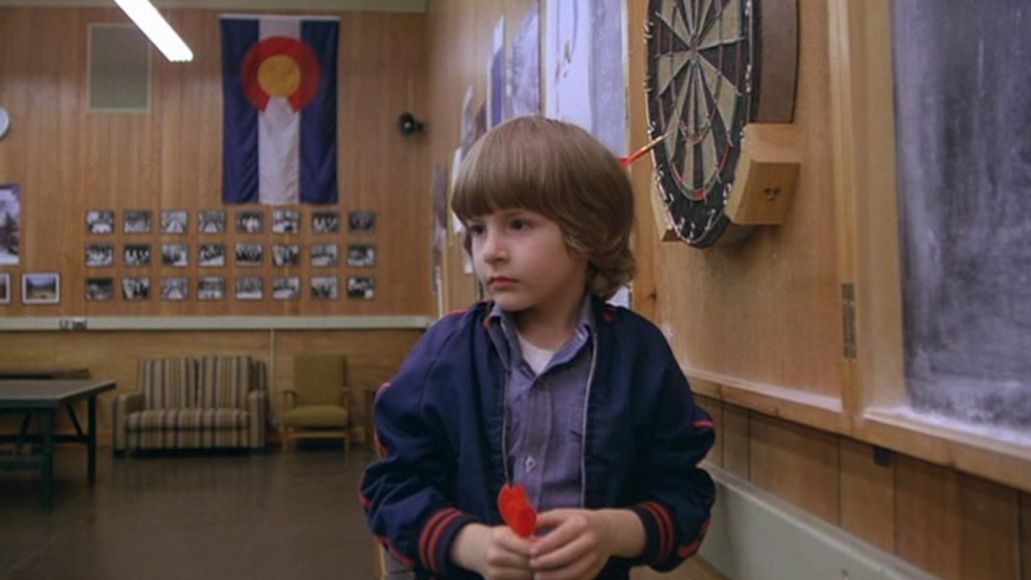 The Grady twins are terrifying. No disputing that. They’re as emblematic of the film as Nicholson’s mug or the Overlook carpet. And while Danny’s tricycle run-in stands tall among the film’s spookiest scenes — if not for the claustrophobic, narrow walls alone — their first appearance in the game room sends shivers down this writer’s spine.

Part of the appeal is the simplicity: Danny’s playing darts while his parents are given a tour by Stuart Ullman. Voila. There they are. At the doorway. Just staring before spinning around in unison. But the other part is the context: A good portion of the staff is still at the hotel, and yet the Grady twins still appear. It’s like the interior version of daylight horror.

And it completely sets the tone of the Overlook. –Michael Roffman

Last Call in the Gold Room 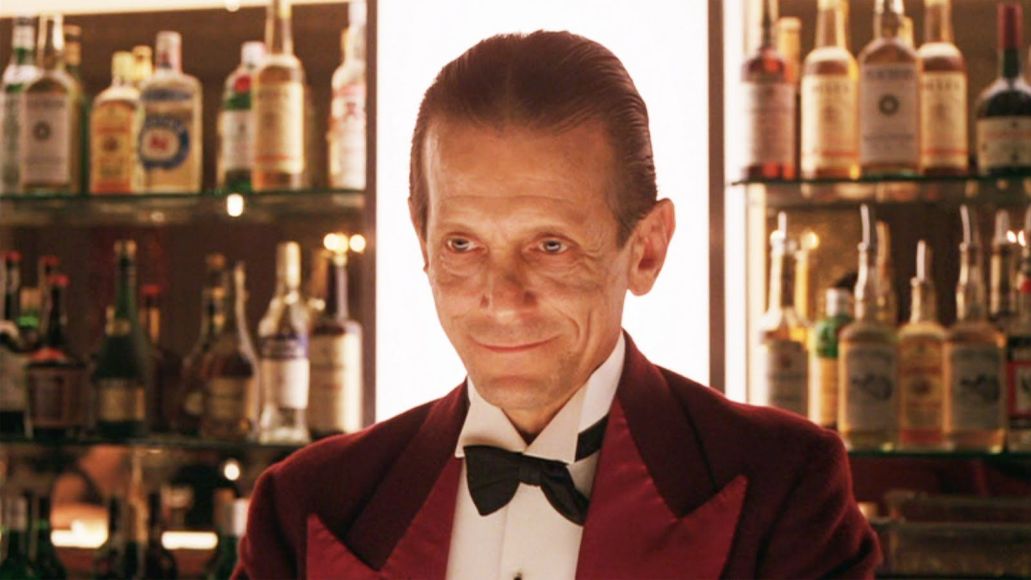 “Hair of the dog that bit me.”

If the devil is in the details, then terror hides in the small talk. Jack Torrance and best goddamn bartender Lloyd knock back a double shot of scares from an otherwise mundane interaction. It’s chilling to witness Jack fall off the wagon. It’s creepy watching a ghost serve him. But the real horror pulsing beneath the scene is Jack finally opening up about his abusive home life and the resentment that’s been brewing within him ever since. By the time a panicked Wendy rushes into the lounge seeking Jack’s help, it’s clear that Jack is truly out of his fucking mind. Cheers. –Dan Pfleegor 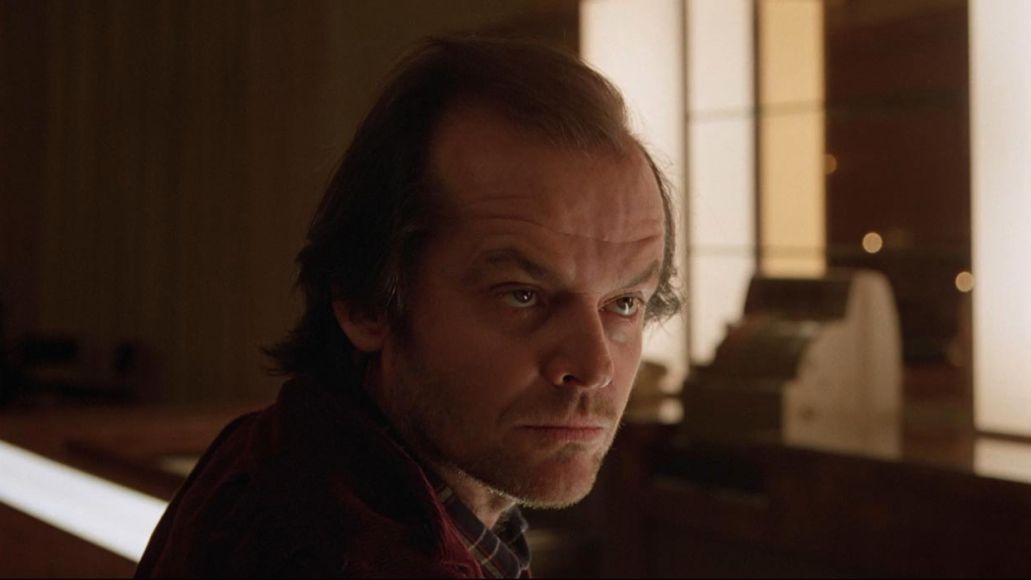 Leading up to this moment, we see Jack trying his damndest to leave his demons behind: his alcoholism, his misogyny, his physical abuse of Danny. Nicholson does terrifying work here, a twitchy, guffawing brute spilling his guts to the devil drink about his “bitch” wife and obnoxious child. By the time he asks a hysterical Wendy, “Are you out of your fucking mind?”, we know he’s already lost his. It’s less showy than an ax through a door, but its subtle menace — complete with a classic Kubrick Stare from Nicholson — makes it twice as terrifying. –Clint Worthington 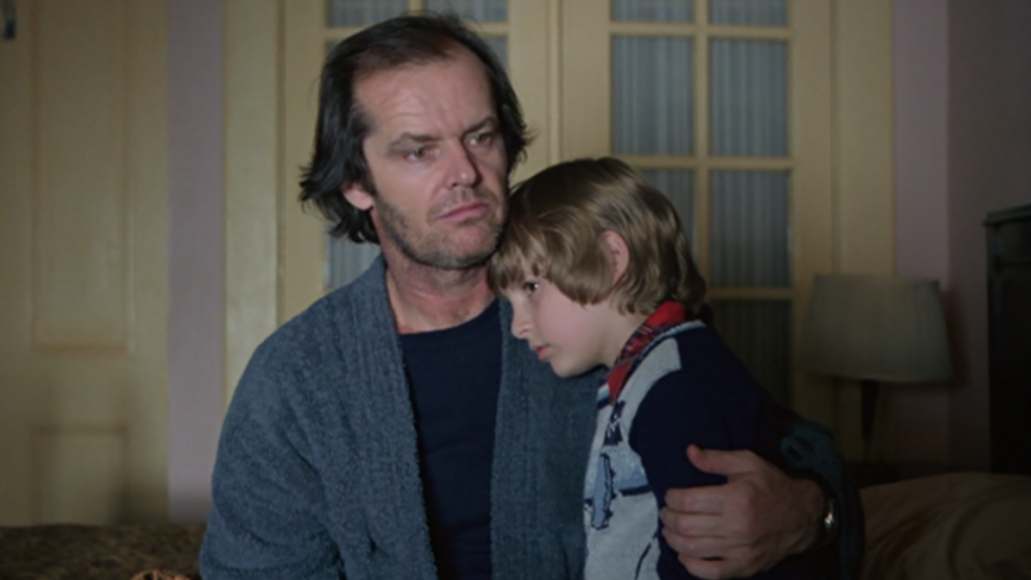 For me, almost every scene of this movie is scary, because Kubrick fills each frame with a pervasive sense of dread. This scene between Danny and Jack has always felt deeply unsettling to me, not only because of the way Kubrick stages it (I love the shot of Jack on the bed with his reflection in the mirror and Danny at the far end of the room), but because of the contrast between the scoring and dialogue.

What should be a fairly straightforward, tender father/son bonding moment becomes something far more tense and sinister when you combine all these elements. “I would never do anything to hurt you,” Jack tells his son with Nicholson’s trademark smile while violins play an ominous tune. Not only do we know that’s probably not true but we realize this kid is gonna have major daddy issues when he grows up. –Emmy Potter

You Were the Caretaker 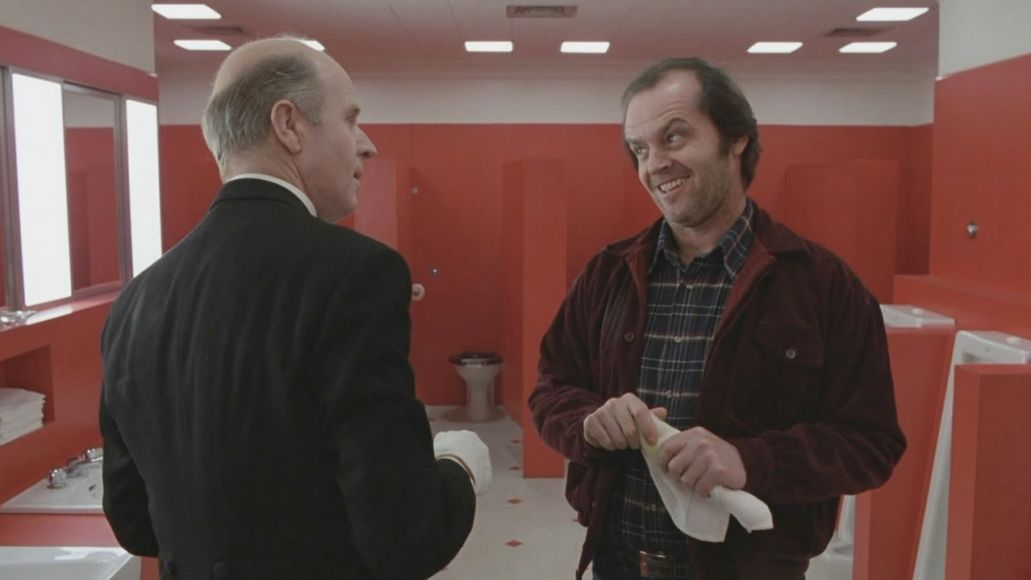 Even before the red bathroom scene, The Shining foregrounds Delbert Grady (Philip Stone)—whom Jack Torrance speaks to in the washroom—as the former caretaker known for chopping “his wife and daughters into little bits” and blowing his own brains out. Here, his ghost remains as a restroom attendant in the hotel. But what makes this encounter so chilling isn’t just the blood-red walls or the echoed-dreariness of the adjacent ballroom’s music, it’s the blank and quietly intense expression Stone has when he switches from congenial servant to stern taskmaster—dropping the n-word with the full flame of simmering hostility several times in the process. And as he peppers Jack to “correct” his wife and son, Jack morphs into the soon-to-be psychopathic axe-wielder who reigns redrum at the Overlook during the film’s final bloody act. –Robert Daniels 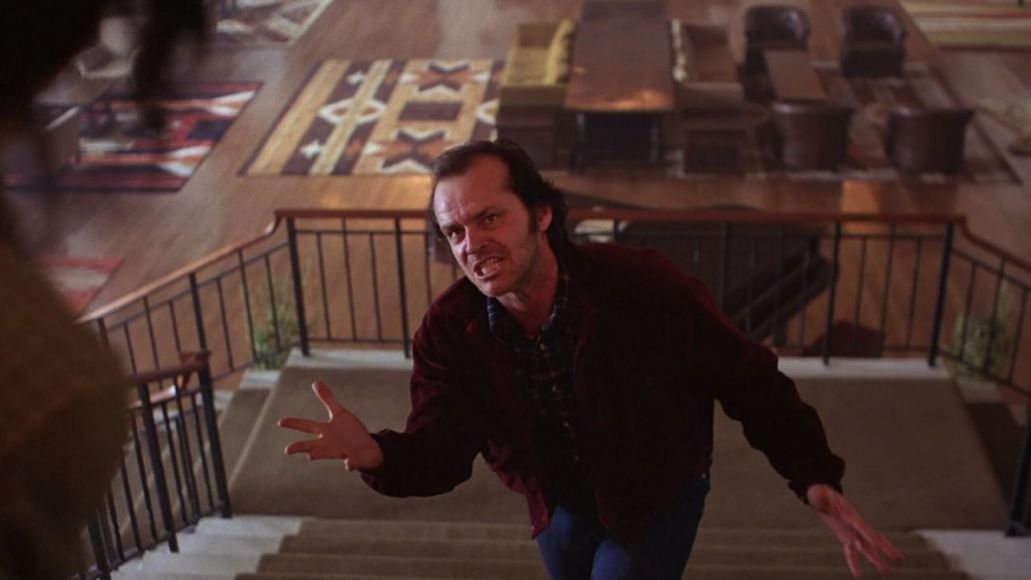 Immediately following the infamous “all work and no play” reveal, Wendy attempts to tell Jack that she wants to leave the hotel. We’ve seen glimpses of Jack’s emotionally abusive behavior before, but here his cruelty and manipulation are on full display. Wendy has the weapon (a baseball bat), but Jack is in control as he slowly inches towards her. In the film’s most chilling moment, Jack abandons the thinly veiled sarcasm and condescension. His voice drops to say “Stop swinging the bat, Wendy.” He’s done with the cat and mouse game and despite the many horrors lurking within the Overlook hotel, has become the most terrifying monster. –Jenn Adams 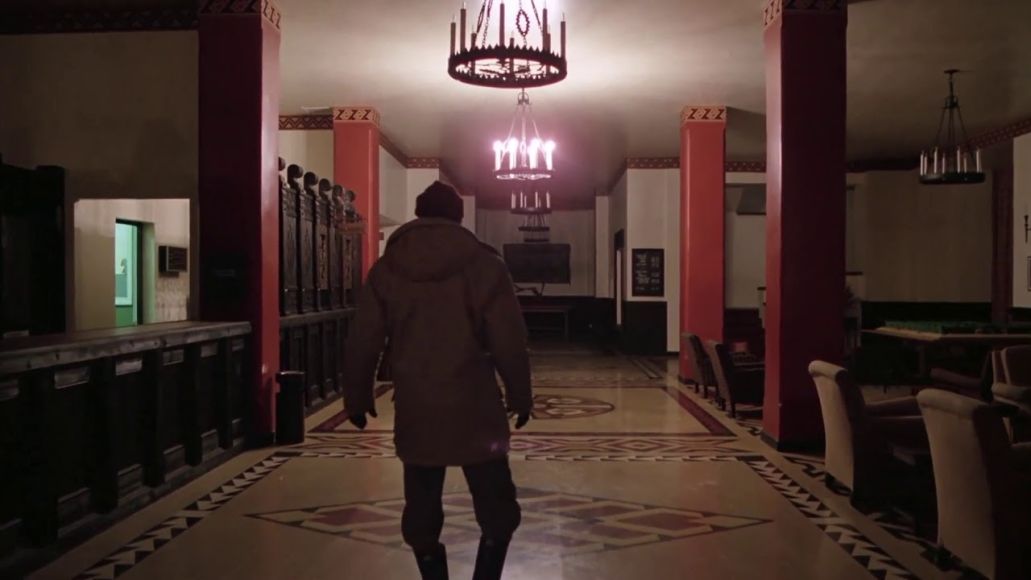 By this point in The Shining, the Overlook Hotel unmasks itself as the haunted house that it truly is. Dick Hallorann’s final steps are as terrifying as they come. His slow steps from the entryway to the seemingly empty lobby echo endlessly and ominously. As he rounds the corner, the camera shifts to behind his shoulder and tracks his every pace. “Anybody here?” he exclaims and his voice reverberates into nothingness. His only source of light is a haloed chandelier, and as he walks towards the proverbial ‘light’, the audience can do nothing but wait for Jack to appear as the tension with each passing second. With a scream and a swing of his axe, Jack’s murderous blow breaks the silence that was once there and the scene explodes with a cacophony of yells, quick cuts of horror on Danny, Hallorann, and Jack’s faces, and a swell of music. The only death shown on screen in the movie is a masterwork of suspense building that crescendos into The Shining’s climax. –Kyle Cubr 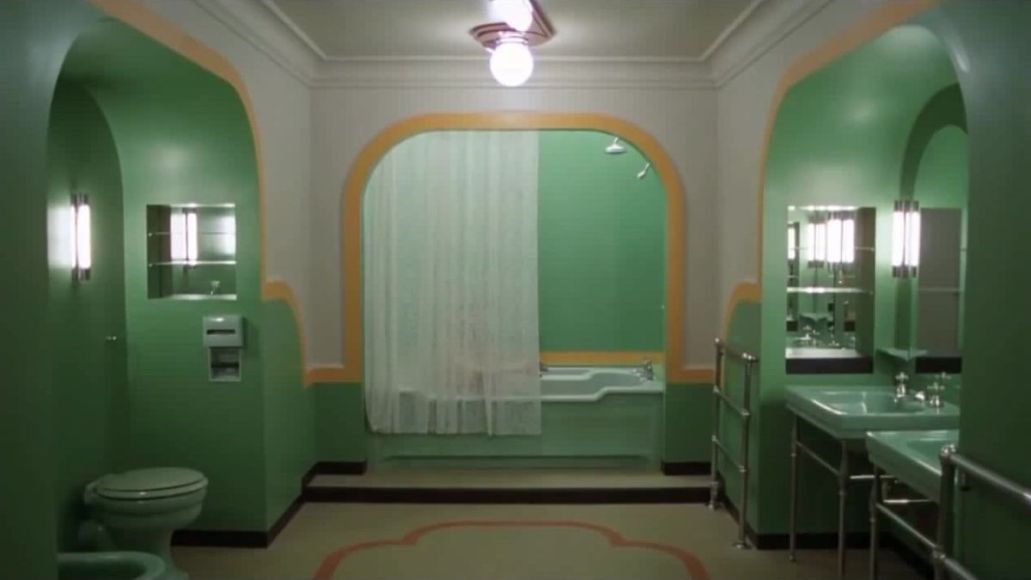 Bathtub lady for me. No, I don’t want to rewatch it. –Matt Melis

What's the Scariest Scene in Stanley Kubrick's The Shining?