The massive twin festivals Rock am Ring and Rock im Park in Germany were among the major events canceled due to the COVID-19 pandemic. Now, organizers have announced the initial details of the 2021 fests, with planned 2020 headliners System of a Down, Green Day, and Volbeat all agreeing to sign on for next year’s events.

Update, September 25th: Since the initial announcement of the three 2021 headliners, two new waves of artists have been announced. In addition to System of a Down, Green Day, and Volbeat, lineups for the two fests include Deftones, Mastodon, Baroness, The Offspring, Korn, Gojira, Code Orange, and many more acts. See the updated poster below.

System of a Down’s Serj Tankian to President Trump: “Run Donny Run Into Your Bunker”

It will be interesting to see how things pan out with System of a Down between now and next June, as singer Serj Tankian and drummer John Dolmayan have been on opposite ends of the spectrum when it comes to the current protests and political climate in the States. Tankian has called for the end of the Trump regime, while Dolmayan has praised the president as “the greatest friend to minorities.” 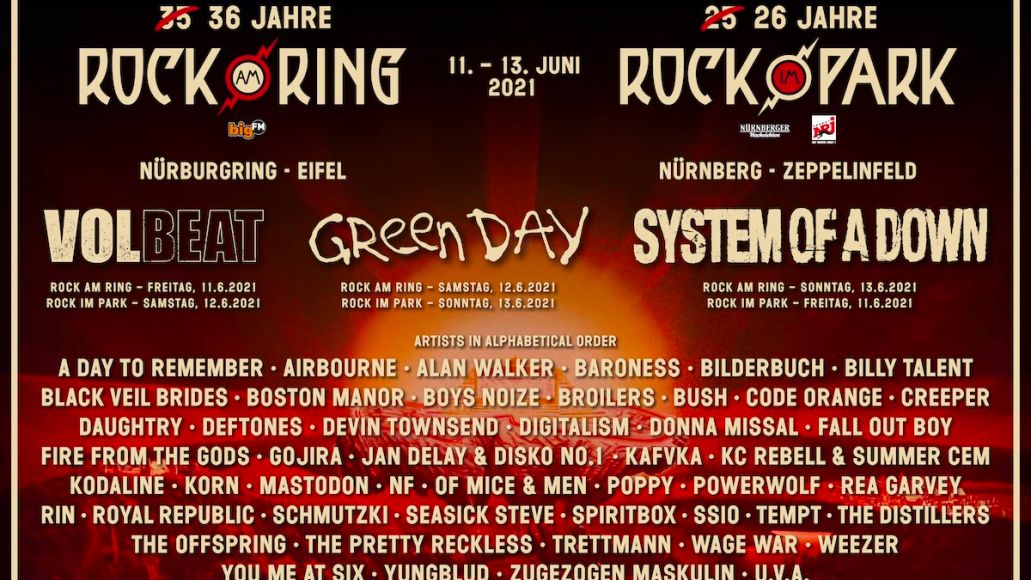 2021 Rock am Ring and Rock im Park Festivals: System of a Down, Green Day, and Volbeat to Headline