All Them Witches are offering up a nice respite from all the chaos going on in the world. The Nashville rockers have announced the forthcoming release of a new album, Nothing as the Ideal. Moreover, the band is teaming up with Heavy Consequence to share a taste of what’s to come with opening track “Saturnine & Iron Jaw”.

Nothing as the Ideal will arrive on September 4th via via New West Records. The album was recorded at London’s Abbey Road Studios, where the Beatles famously laid down most of their iconic catalog.

Regarding the song “Saturnine & Iron Jaw”, guitarist and songwriter Ben McLeod tells us, “We very specifically wanted to lead with this track. I think it’s the most well-rounded track on the record; it’s constantly changing, it has a lot of different vibes to it.”

He gives a hint at what to expect with the rest of Nothing as the Ideal, as he adds, “Obviously there are way heavier songs on the record,” but “Saturnine & Iron Jaw” should let fans know All Them Witches are still very much rooted in psychedelic and bluesy rock. “This is our first record without keys,” he continues, “but in this song, there is something for everyone.”

With a slow-burn of an opening, the track builds into a crescendo of psychedelic rock. “That whole intro is a compilation of about five or six loops that Robby [Staebler, drums] had made on tour,” he explains. “He gave them all to me and we knew that we wanted the album to start that way. The only thing I added, production wise, is a little after the one minute mark, the pitch drops and then there’s a bell that rings five times. It’s totally cheesy, but I thought it would be cool to have it ring five times before the guitar comes in, kind of representing our previous five studio albums. And then on the fifth bell, the sixth album begins.”

Beyond the symbolism that’s present on the track, there’s also a beautiful sound that brings you into Abbey Road Studios’ legendary Studio 2.

“During that intro guitar, it was totally accidental, but someone is walking up the stairs to the control room and they’re trying to be as quiet as they can to close the door, but you can still hear the door close,” reveals McLeod. “The take was too good to do it again, and it kind of captures the studio for the listener.”

All Them Witches boarded a flight to London on February 27th and spent nine days recording at Abbey Road. “It was incredible. We have a studio south of Nashville, and it’s an amazing sounding space, but it just wasn’t the right time to record this record there,” McLeod says. “I decided that I wanted to do another album with Mikey Allred, who produced and engineered and mixed Dying Surfer Meets His Maker. We started writing more in January and February, and Mikey and I were talking one day and we both just came up with the Abbey Road idea. Robby and [bassist Michael] Parks were totally on board, and something like later that afternoon, we booked our dates.”

According to McLeod, the studio is as magical as fans would expect. “I walked in and it was like one of those out of body experiences,” he remarks. “Robby got there like an hour before I did and he looked at me and was like, ‘Dude, I almost cried three times.’ It’s a huge room, and the vibe isn’t in the vintage microphones that the Beatles used, it’s not in any of the gear, the old compressors and all that stuff … you go there because the room sounds good. For me, that was the icing on the cake. This studio actually just sounds amazing.”

The band returned to the States on March 9th, days after tornadoes tore through Nashville, and days before the country would begin to shut down due to the coronavirus pandemic. Though there is so much pain and suffering that remains present in America, McLeod is excited to share this new music with the world.

“We just tend to record and write and make the music that we want to make at that specific moment,” he says. “It’s no laughing matter, everything that has happened and continues to happen, but it was almost like it was meant to be that we were supposed to go to London and get this album done. It was a blessing that we could get in and out. It was a wild time to be making an album.”

The album is now available to pre-order via multiple outlets, but we encourage fans to pick up the LP via Bandcamp today (June 5th), as the company is continuing to support artists by waving its fees on the first Friday of every month. A number of vinyl variants are available via the label store, including a deluxe picture disc with reversed cover artwork and an accompanying poster.

Listen to “Saturnine & Iron Jaw” below.

Nothing as the Ideal Artwork: 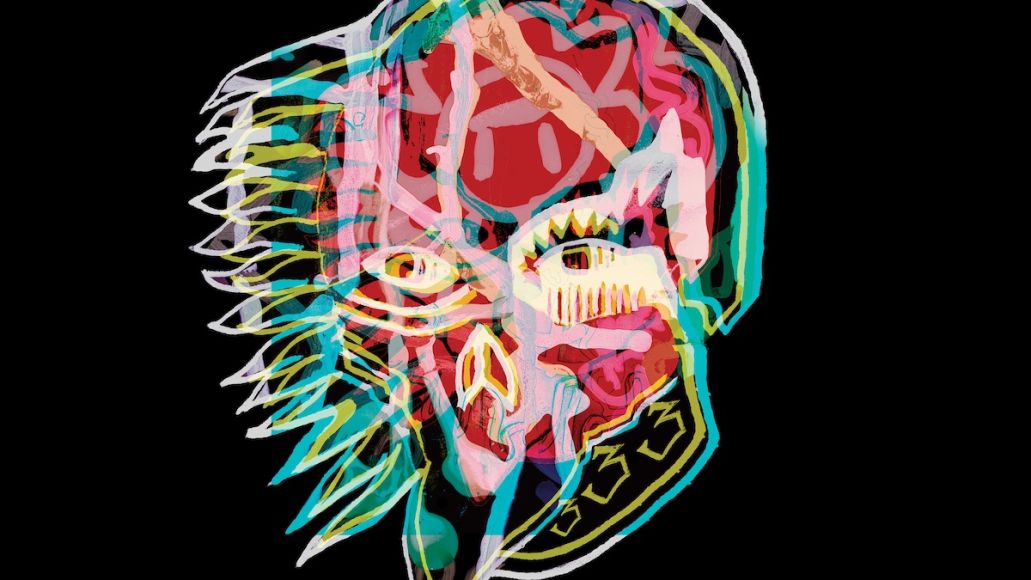